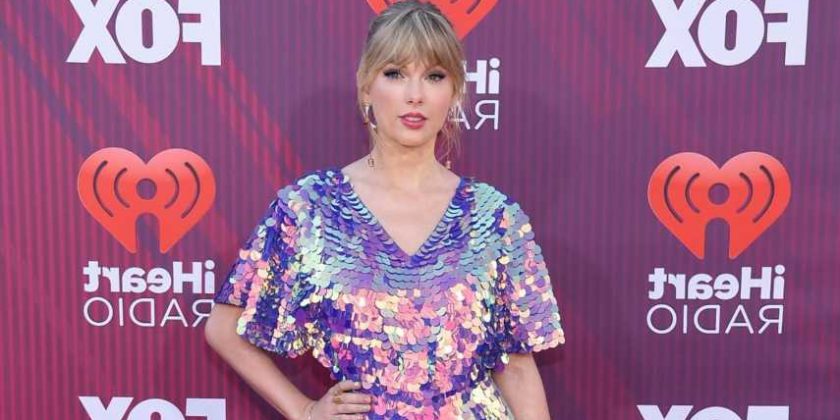 Taylor Swift built her colossal empire worth $450 million through songwriting and singing. Selling over 200 million albums, she is the most successful music artist in the music industry. Her most talked about possession, apart from owning several luxurious real estate properties, the number 13 private jet plane is certainly a prized catch. The interior boasts twelve plush seats for her famed friends. The aircraft registration number ends with her initials TS – N898TS.

In 2012 Swift flew her then-beau 18-year-old Conor Kennedy, grandson of Robert F. Kennedy Jr, in the private jet from Hyannis Port, Massachusetts, to Nashville, her hometown. She was missing him after being separated for only a week.

Reason Behind Buying The Number 13 Jet

Not going with the ominous superstitions surrounding the unlucky number 13, the Grammy award winner has some solid reasons to own this luxurious jet. According to Stylecaster, she was born on the 13th of December 1989. Swift turned 13 years old on Friday the 13th. Her first album attained gold status within 13 weeks, and a thirteen-second intro on her number-one-selling song was oddly successful. Every time she won a music award, the songstress was seated on the 13th row, seat or section. She believes the letter M is the thirteenth alphabetical letter and is also lucky for her career. While performing live on the stage, she always draws the number 13 on her hand.

She is borderline obsessed with the number 13 and has featured it in her music video Ready for It? In 2020 the singer was excited to turn 31 and teased her fans with her Evermore album since 31 backward is the number 13. The most recent reference could also mean paying obeisance to the lucky digit. She won the Music Video of the Year award at the 2022 MTV Music Video Awards after wearing a sparkly dress she had worn to the 2009 MTV awards almost thirteen years afterward.

There is another numerical significance associated with the private jet. The interior boasts 12 stylish seats. This number is connected with everything heavenly; there are twelve months, zodiac signs, and celestial stations. It is believed that the number can abolish negative thoughts. It symbolizes growth, balance, and harmony for the one who believes in its power. It also mirrors creativity and brings abundance in jobs that use natural gifts, i.e., acting and singing.

Flying With The Elite

According to Cosmopolitan, Swift’s girl squad included the likes of celebrities and models like Selena Gomez, Gigi Hadid, Emma Stone, Lena Dunham, and Cara Delevingne. Twelve luxurious seats for them to travel with her in the private jet. These celebs have featured on her hit single Bad Blood from the album 1989 (2014). There are no qualms for the Red album creator to showcase her everlasting friendship with her girl’s squad when taking them along for music tours.

It is also a well-known fact that Taylor flew her then-beau Conor Kennedy from his hometown to hers because she missed his presence for over a week. In 2012 while she was dating the One Direction boy band sensation Harry Styles the singer flew him to the Jingle Bell Ball concert. The hot couple boarded the jet from New York to London while being in a solid relationship.

Most recently, the songstress has been spotted in incognito flying mode with her current partner Joe Alwyn. According to Daily Mail, in 2019, the romantic couple was spotted at the Rhode Island airport boarding the magnificent Dassault-Breguet Mystere Falcon 900 private jet after spending quality time with each other on a beach vacation. In 2021 the serious couple was again pictured dodging the paparazzi as they disembarked the jet at LA airport.

While the world grapples with climate change and carbon emissions, the country singer-turned-pop sensation was blamed by her fans for her unhealthy obsession with flying. According to NZ Herald, Swift took around 170 trips around the globe in her private jet in 2022 alone. Taylor was quick to defend her stance, mentioning that her jet has been lent most of the time for secluded trips. Thus justifying her actions for using the abundant aircraft for personal needs.

The media quickly put up statistics about the unlawful usage of jet fuel, and the Nashville singer refused to comment further about her flying actions.

Taylor Swift has created a steady legacy for herself with her singing career. The $40 million addition to her private fleet is just a tiny portion of her colossal $450 million wealth. In 2012 she purchased a smaller Dassault Falcon 50 private jet for around $4 million. She sold it off during the Corona lockdown while giving its proceeds to charity. She continues to use her lucky number 13 jet plane.