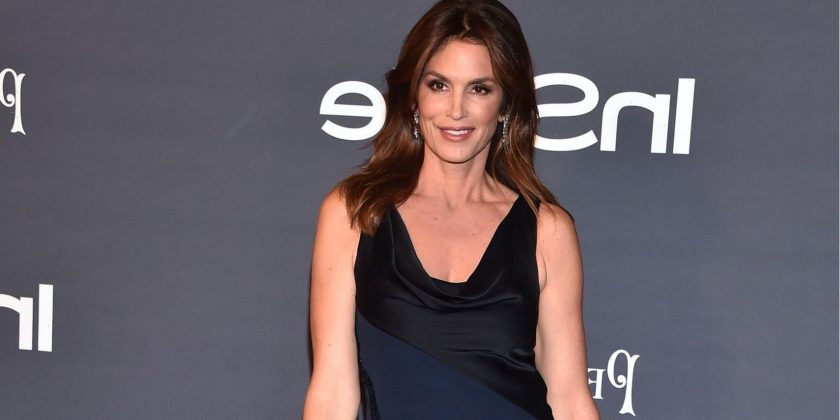 She was born as Cynthia Ann Crawford on February 20, 1966, the American supermodel and daughter to Dan Crawford and Jennifer Sue Crawford-Moluf. She was popularly known for her lovely curves and her prominent mole, which was nestled just above her lips. She was indeed a top model with over 200 magazine covers just three years after she made it in the industry. She has become the supermodel of her generation.

RELATED: The Sincere Friendship of Brandi Glanville and Cindy Crawford

Why Cindy Crawford Became An Entrepreneur

Before current influencers such as Huda Kattan, Kylie Jenner, and many others have offered their brand names in cosmetics and skincare to monetize their followings and social media presence, Cindy Crawford has been doing it for long. Her beauty brand, Meaningful Beauty, does not rely on YouTube or Instagram; her skincare line has been highly recommended in the shopping channels where she advocates the goodness of her skincare products. Millions of people fancy her products thanks to her career being a well-known supermodel.

Her business venture was not a smooth journey, but she sure did develop an entrepreneurial edge. She first launched her own swimsuit calendar and exercised a video called: Cindy Crawford: Shape Your Body Workout. She then launched Fashion Café in the year 1995; it was a restaurant she co-founded with her other supermodel friends. During this time, she was also named the highest-paid model in the world, but she continued venturing into business.

It was in 2004 when Cindy Crawford has decided to launch her own beauty brand, Meaningful Beauty. During that time, it was not that common for celebrities to launch and have an ownership stake with the brands they were connected to. She was familiar with the skincare world since she was an endorser of Revlon in 1989. With all her endorsements and modeling contract, she was already making millions, and some would have been contented and with these quick money deals. However, she decided to take the risk of starting her own company and was greatly successful doing it.

She knows that she will lose her contracts as she gets older. At 34 years old, she was dropped as an endorser of Revlon in 2000, who reportedly wanted a younger model for their product. Crawford wants the freedom of controlling her own brand and wants to try launching her own products, at least in her own brand, she will never be too old, and she used this to her advantage since she also offers anti-aging skincare on her brand.

Over the last 17 years of her beauty product, Meaningful Beauty, Cindy Crawford owns half of the company and is currently a $400 Million brand that has generated over $100 million yearly revenue for the past ten years, and she is currently enjoying a net worth of $225 Million. Thanks to her ability to use her fame and utilize her career to create massive demand for her beauty products which was what current influences like Kylie Jenner, Rihanna, Huda Kattan are doing, marketing their brands through the channels like Instagram where their fanbase are lurking to check on them. She partnered with her own dermatologist, Dr. Jean-Louis Sebagh, to formulate the beauty products and has partnered with marketing firm Guthy-Renker, who owned the other half of the company.

Just a year after launching Meaningful Beauty, she partnered with Raymour & Flanigan to start the furniture line ‘Cindy Crawford Home Collection’, which was a massive success as well. It brings in about $250 million in revenue yearly. Still determined to venture into more business, in September 2009, she has launched yet another business, a lifestyle line in partnership with JC Penney called Cindy Crawford Style. The venture offers home furnishings and accessories which were personally designed by Cindy Crawford herself. The lifestyle line offers different home décor collections such as decorative accessories, tabletop, area rugs, window coverings, beddings, etc.