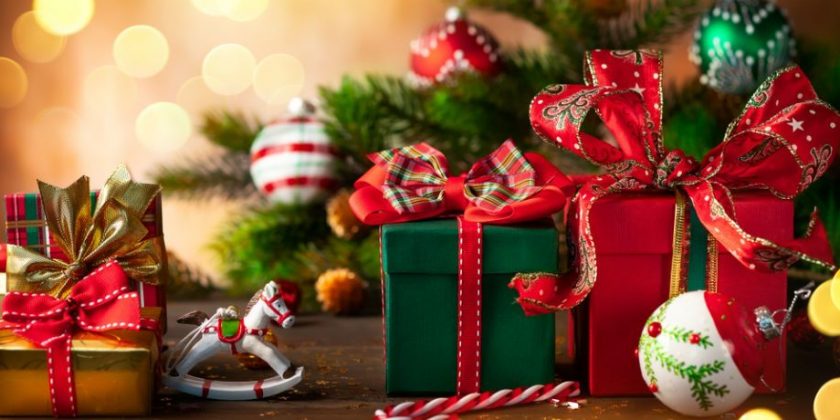 The man, identified only as ‘Ken,’ adored his neighbors’ 2-year-old daughter Cadi.

A dying, elderly man left his neighbors Christmas presents for their 2-year-old daughter – for the next 14 years, BBC News is reporting.

Owen and Caroline Williams of Wales had lived next door to an aged man named Ken for the past two years. The neighbors had developed a fondness for each other, and Ken (identified only by his first name) loved the family’s 2-year-old daughter Cadi, in particular. Her parents say their friend “doted” on the young lass.

Needless to say, the family was devastated when Ken, who was in his 80s, died.

However, not long afterward, on Monday night, Ken’s daughter showed up with a bag, said Owen.

“She was clutching this big bag plastic sack and I thought it was rubbish she was going to ask me to throw out.”

It wasn’t trash: It was Christmas gifts Ken had purchased for Cadi before he died.

There’s more, according to CBS News. Ken hadn’t left an exceptionally big haul for Cadi for this Christmas. Rather, he had left her Christmas gifts for this year and the next 13 years, as Owen wrote on Twitter.

Owen says that Ken had joked that he would live to be 100 years old, and so he’d be able to give Cadi a gift each Christmas until her 16th. That didn’t work out, obviously, so clearly the aged pensioner, who had worked as a commercial deep-sea diver, thought ahead.

However, he did fail to think things through in one big way: He didn’t label each gift with the year, or Cadi’s age, at which it was intended to be opened. That has left Owen and Caroline with a difficult decision: Either open them, figure out where they belong chronologically, and re-wrap them; try to figure out what they are by feeling them out; or take their chances (which means that Cadi could open up a gift intended for her teenage self when she’s 3- or 4-years-old).

So far, just by feeling the gifts, Owen thinks he has an idea of what some of them are.

“We can tell there’s some books, there’s three or four soft toys, maybe some Duplo.”

So far, the Williams have opened one gift – curiosity having gotten the better of them, apparently – and it was a book.

Meanwhile, Owen asked Twitter what he should do with the rest of the gifts, and the consensus was clear: keep the gifts wrapped, open one each year, and hope for the best.