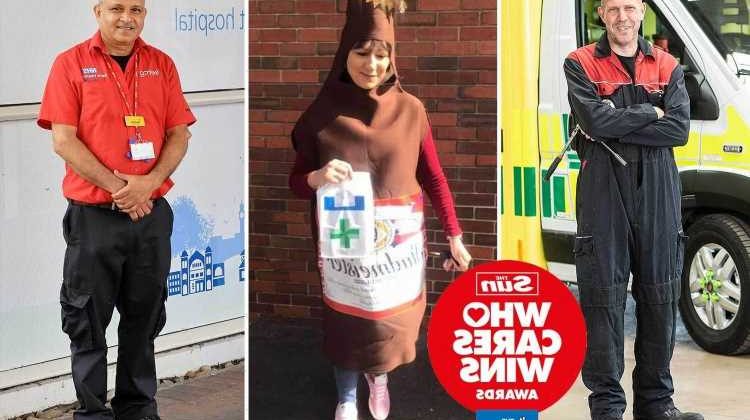 THEY’RE true community champions – selfless individuals who go above and beyond to help others.

They might not all work at the front end of healthcare but their efforts behind the scenes ensure that everything goes smoothly and people are safe. 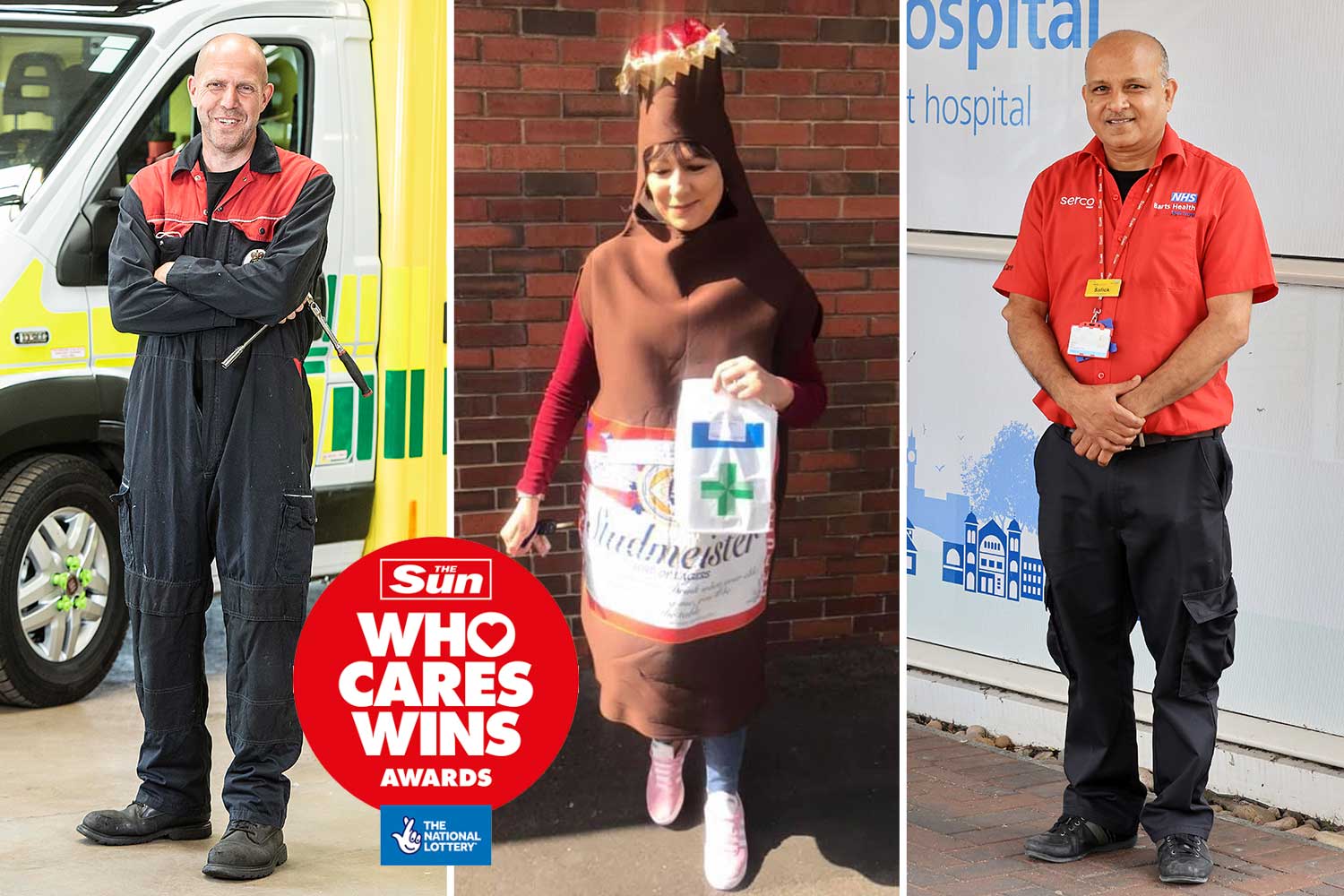 It’s why they’ve been nominated for the Unsung Hero gong at this year’s Who Cares Wins awards.

The winner will be honoured in a televised ceremony later this month.

TWINKLE-TOED Louise Gover became a TikTok sensation after videos of her dancing at a dementia care centre went viral.

Not content with raising the spirits of those in her care, she also raised vital funds for Alzheimer's Support by collecting medication and essential shopping for vulnerable people during the pandemic.

The Who Cares Wins awards honour those who have helped take care of the nation.

Here are the categories:

Louise, of the Old Silk Works dementia centre in Warminster, Wilts, said: "We started doing the dances to raise spirits. They were so bad. None of us had any coordination.

“But they took off so we decided to try and raise money for a jukebox by asking people to pay us to stop. It worked. We all came in early to film a dance every morning and we raised £800 in seven days."

The mum-of-three also cooked and delivered 14 roast dinners to vulnerable people near her home every Sunday in the peak of lockdown.

Louise, 42, has worked at the Old Silk Works day club – run by Alzheimer's Support – for three years and is passionate about her job.

She said: "It's not like work. There are days I come home having had the best, most fun day and think: 'Wow I just got paid for that'.

“It's a very rewarding job. I see members smiling as they leave and know for many it's the only day they have left their house that work, that means a lot. I also know I have given their career a break.

"We were really gutted to learn we'd have to close at the start of lockdown. We ended up closing for five months and we lost 19 members in that time, not through Covid, but many went downhill without that social contact." 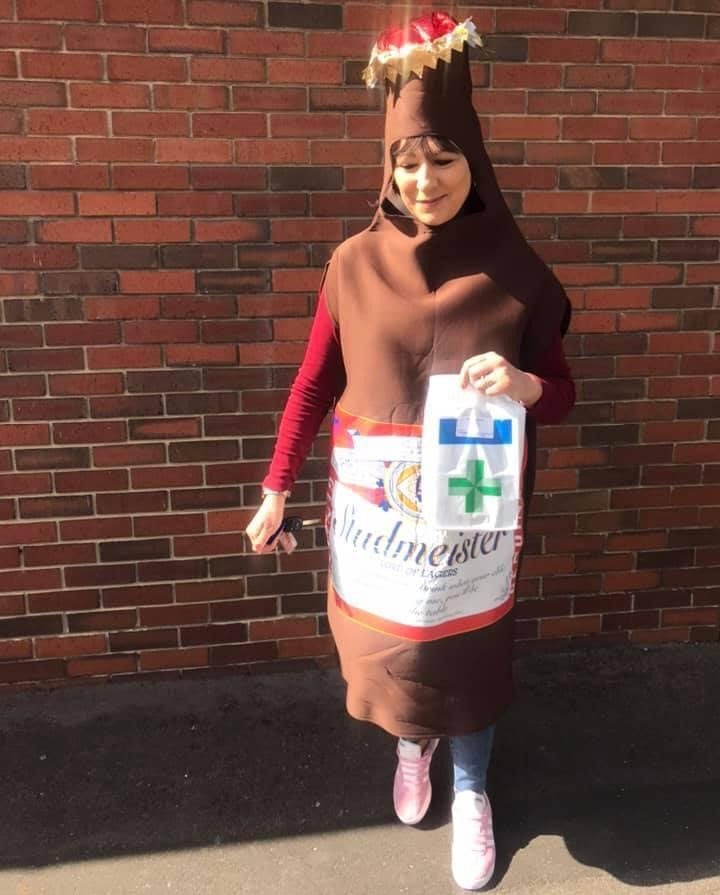 Maria Noke, 53, a fire safety officer, from Westbury, Wilts, nominated Louise for the kindness and compassion she showed her father, Ronald Lane, who died aged 87 in February after battling dementia for six years.

Maria said: "I met Louise when my father Ronald started attending the club a few years ago. The atmosphere at the club was always very friendly. No matter their illness, Louise made everyone feel happy and like they really mattered. Then Covid struck, and Louise made sure no-one was forgotten.

"Having a loved-one with severe dementia during lockdown was one of the most challenging things I've been through but Louise would regularly Facetime us and she created little groups so carers and members could still communicate.”

Louise inspired Maria to sign up as a volunteer at the centre, where she now works two days a week.

DEDICATED Salick Mohungoo was deep cleaning Covid wards six days a week at the height of the pandemic.

The domestic supervisor – who worked at Newham Hospital, East London – would have to shower on returning from his shift before giving his daughter Maysha, nine, a cuddle.

Salick, 59, said: "It was incredibly busy during the first wave.

"We had to do a lot of deep cleaning as patients were moved from ward to ward, my team had to make sure it was clean and safe.

“Often I'd stay on a couple of hours at the end of my shift and even though I'm meant to work Monday to Friday, often I'd do at least one day at the weekend as well." 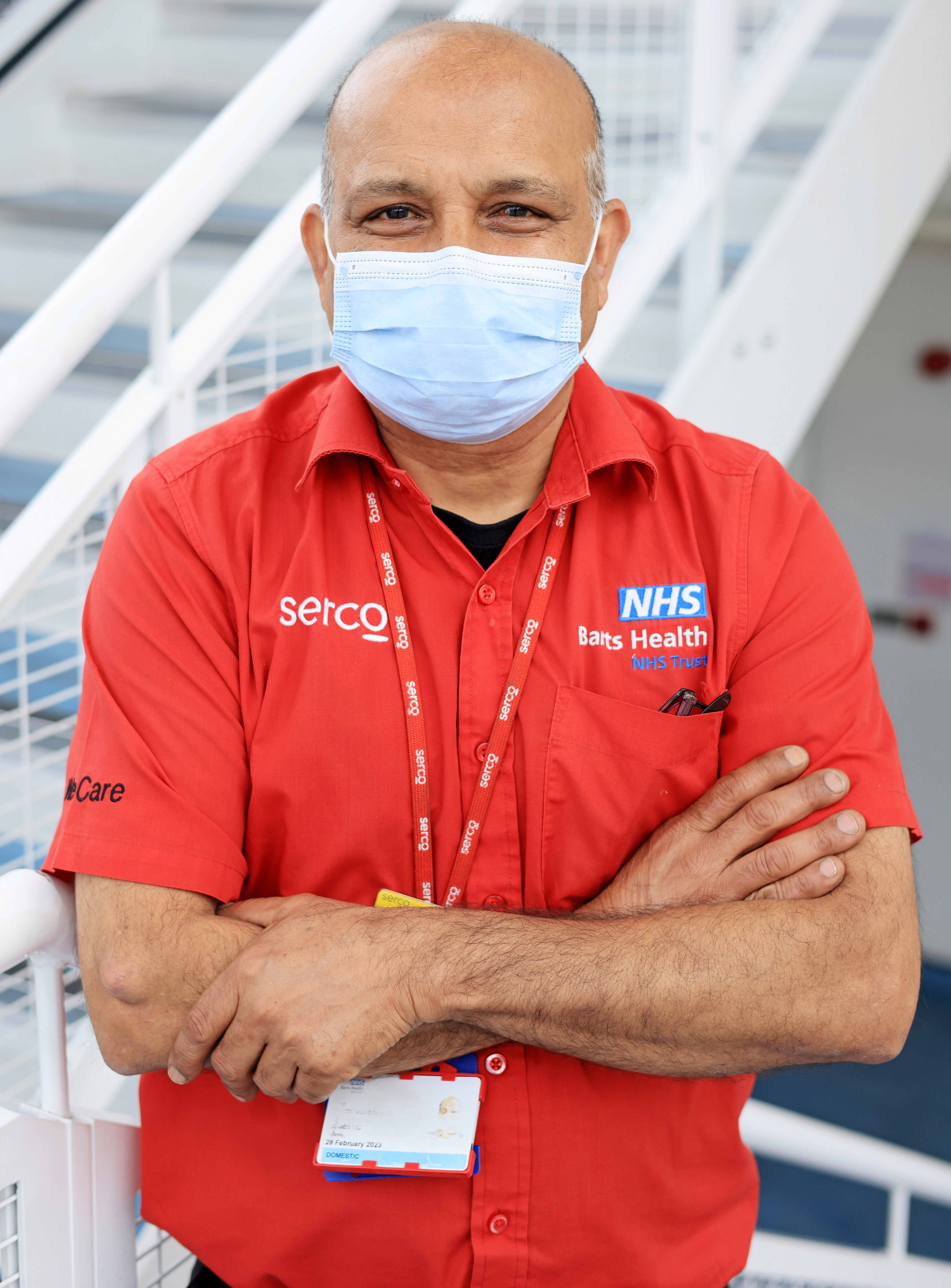 Salick says he did worry about taking the virus home to wife Begum, 49, his 19-year-old son Ajmal and Maysha – but took every precaution and was careful to always wear his PPE.

He said: "My family did worry and Maysha would say to me: 'Daddy, you have to be careful, have your shower.’

“Even now when I get home she will tell me I have to have a shower before we can have a cuddle."

The former Pizza Hut manager manages a team of staff and says he loves meeting patients and is proud to work for the NHS.

Dr Kelso said: "I first met Salick long before the pandemic and was pretty well-known around the hospital for keeping everything so clean.

“He would keep the junior doctors' mess spick and span and that makes a huge difference to their lives. But when Covid happened, Salick came into his own.

“Salick did an outstanding job and he did it all with a smile on his face. He is very modest and chats to anyone. He put aside any feelings or worries he had about Covid even though he has a family at home and just got the job done." 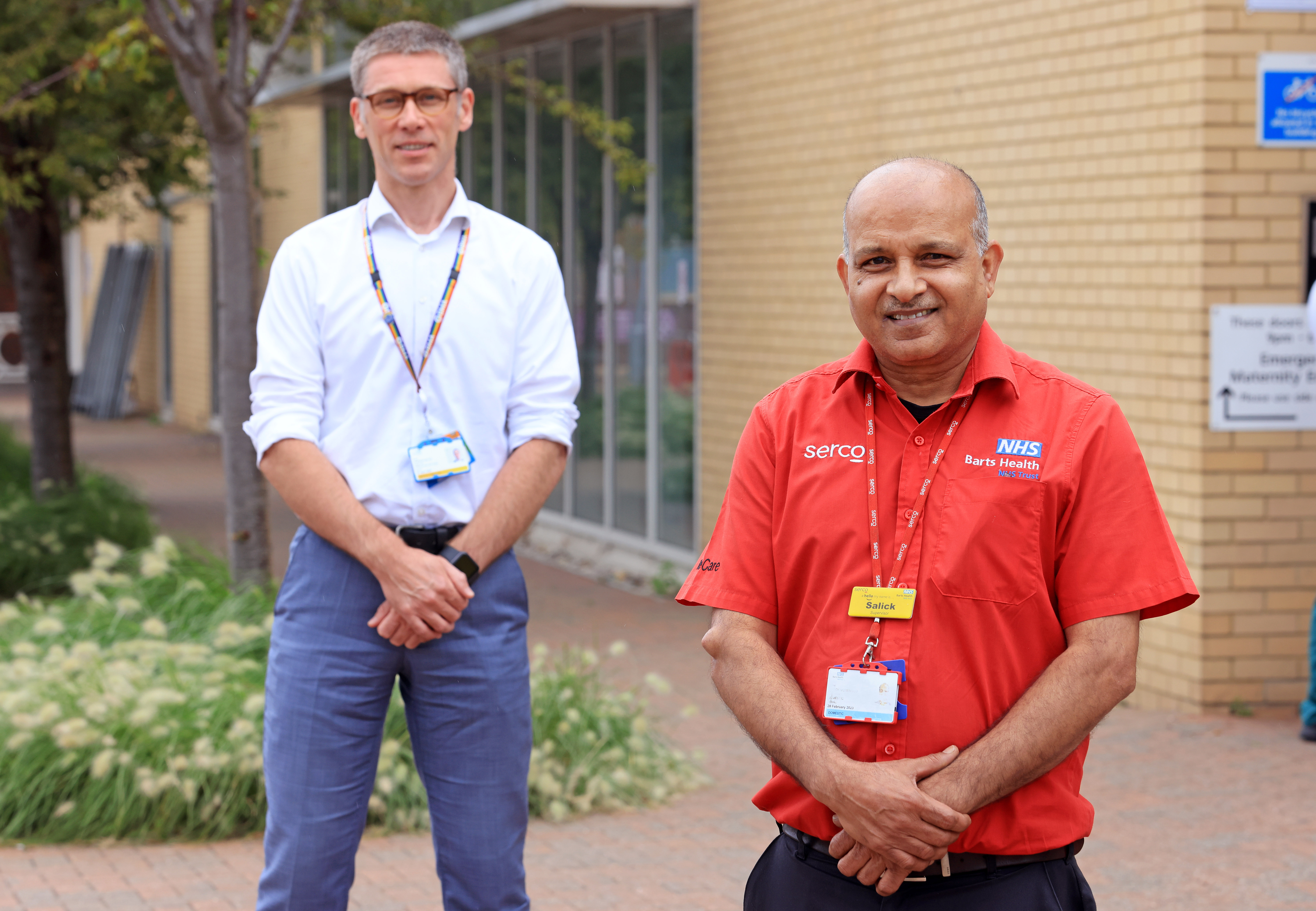 FOR the first nine months of the pandemic, Barney Jones had just one day off as the workshop supervisor fixing ambulances for the East of England Ambulance Service.

The 48-year-old worked 14 hour days, seven days a week to keep ambulances on the road and help paramedics save lives.

Barney let the parents on his team go home on time during lockdown while picking up the extra work.

Despite his partner Teresa being classed as highly vulnerable to Covid-19, Barney continued to work round the clock.

He says: “When the pandemic was announced, I nominated myself to work seven days a week so a lot of the lads didn’t have to. 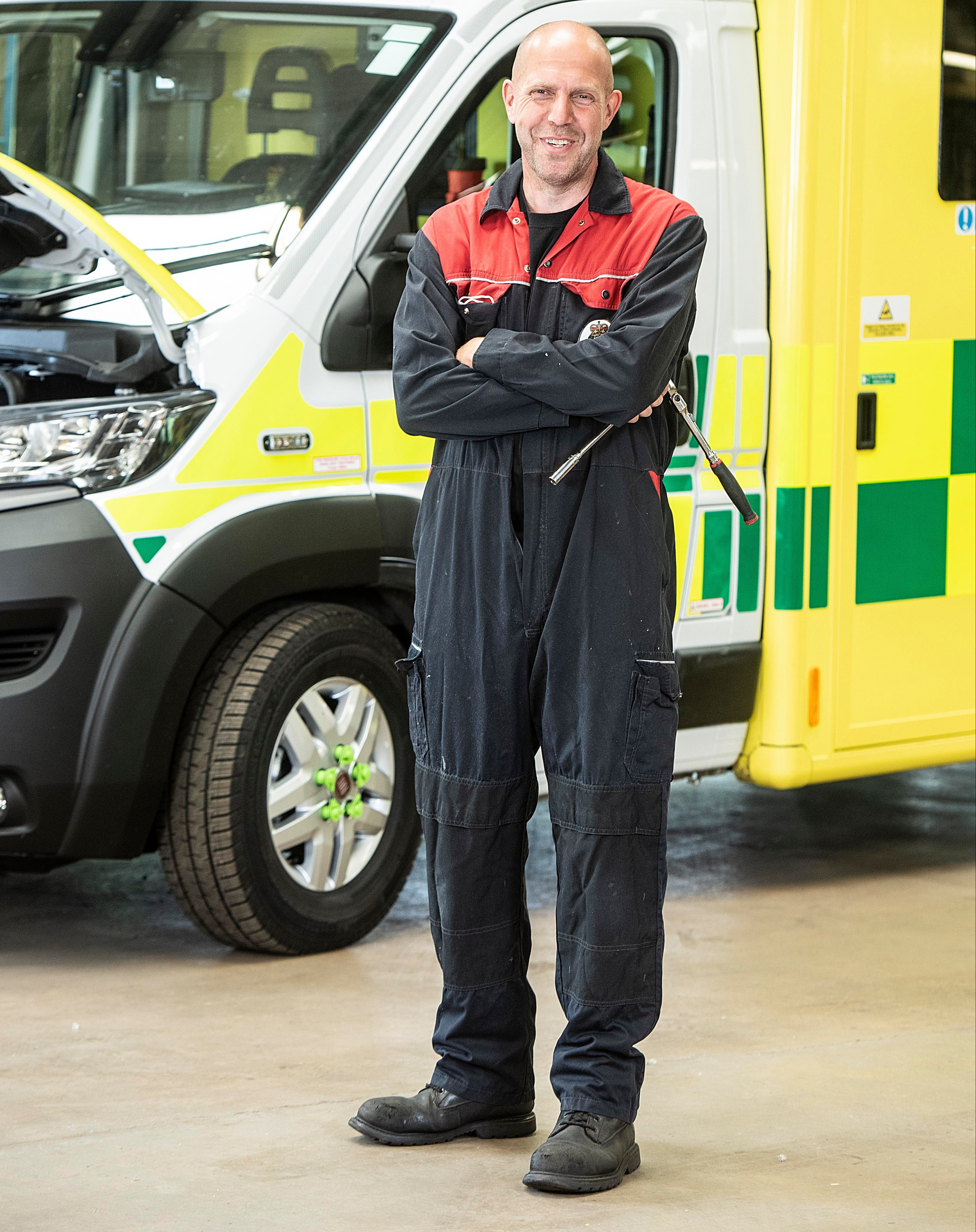 “It just gave the lads a home life.”

Barney worked for the East of England Ambulance Service for six years and was soon promoted to workshop supervisor.

Looking back, he feels proud of the work his team did to ensure frontline workers reached as many patients as possible.

He says: “During the pandemic, I actually felt that me and all the lads made a small difference.

“We could go home proud. We did help the general public by doing what we did.

“There was less waiting time for ambulances in East Anglia.

“When you have three paramedics with no vehicles and you can get two ambulances out there in two hours, it makes a massive difference.”

Put forward by his partner Teresa Lewis for the Unsung Hero award, Barney hopes his nomination will shed light on the work ambulance mechanics do across the NHS.

He says: “I do feel very humble to have been nominated.

“There are lots of people out there who deserve it more than me.

“If I do win the award it would mean everything for the operation support team in the East of England Ambulance service.

“They do a fantastic job and get little acknowledgement from the general public.

“This award would go a long way to show what people do behind the scenes.”

Barney’s partner Teresa Lewis says: “During the pandemic, Barney has worked so hard despite being mentally and physically drained, ensuring extra vehicles were available.

“Despite a heavy workload, he worked on the tools along with his staff to ensure the job gets done, despite the paperwork that waits for him.

“To Barney, having that extra ambulance on the road means saving another life.

“He goes above and beyond to ensure his staff are looked after, making sure they have a rest day, even when it means he doesn’t get one." 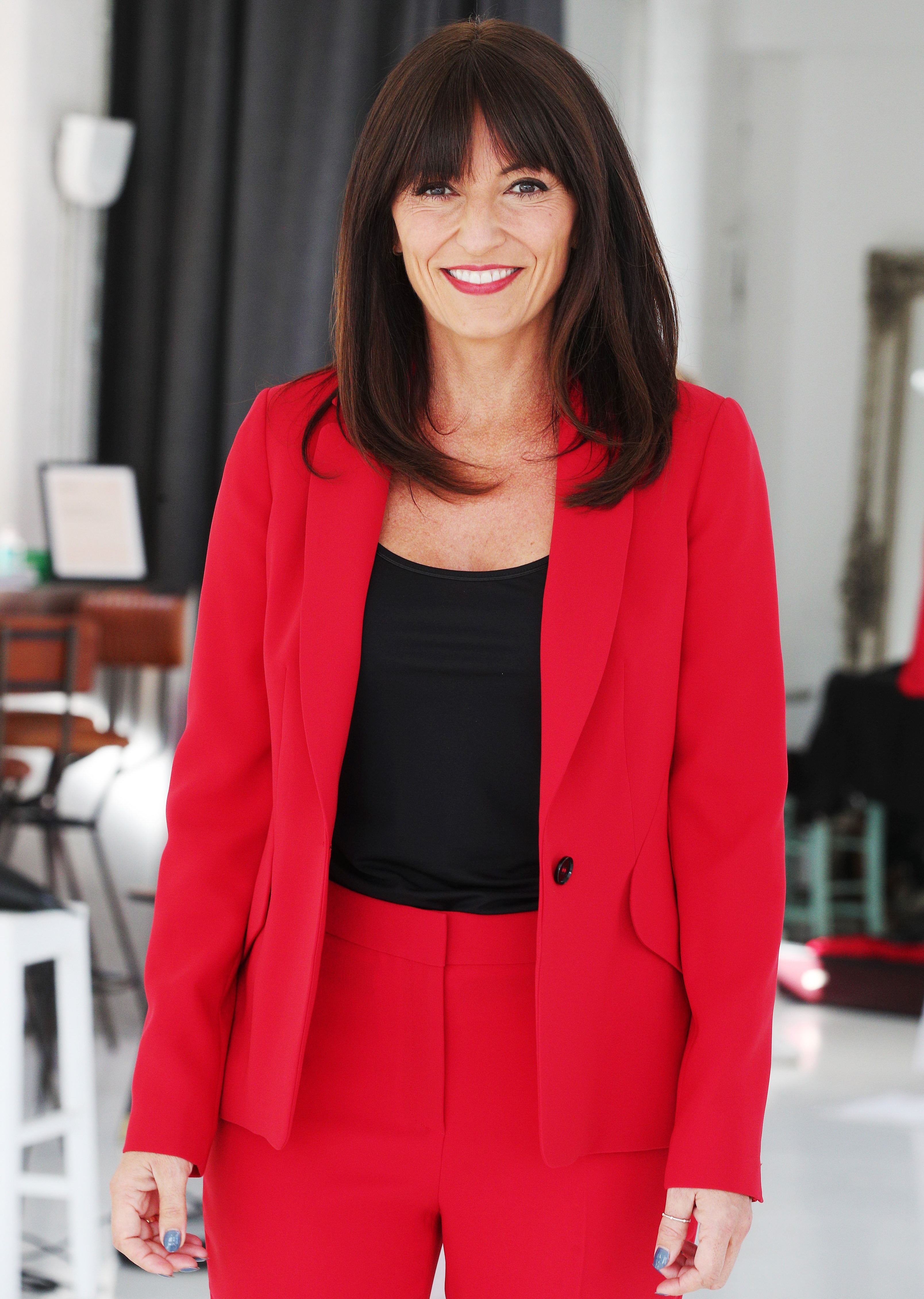