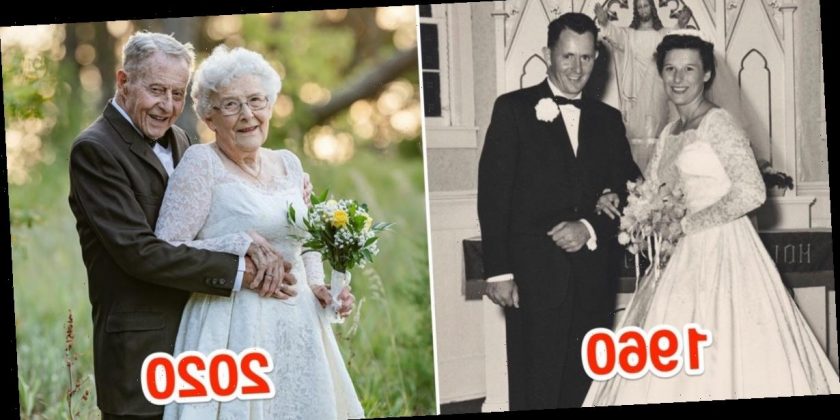 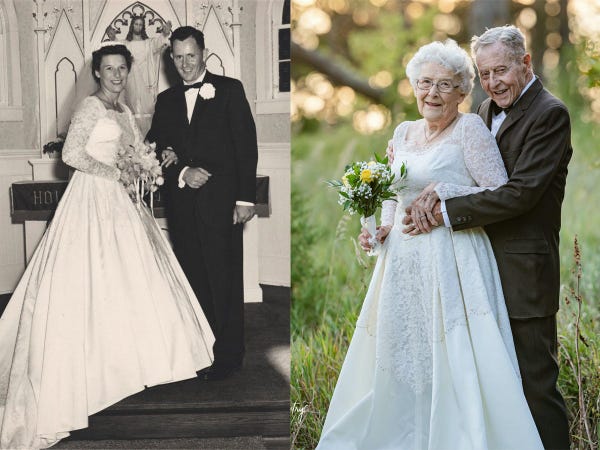 Marvin and Lucille Stone were married in 1960. 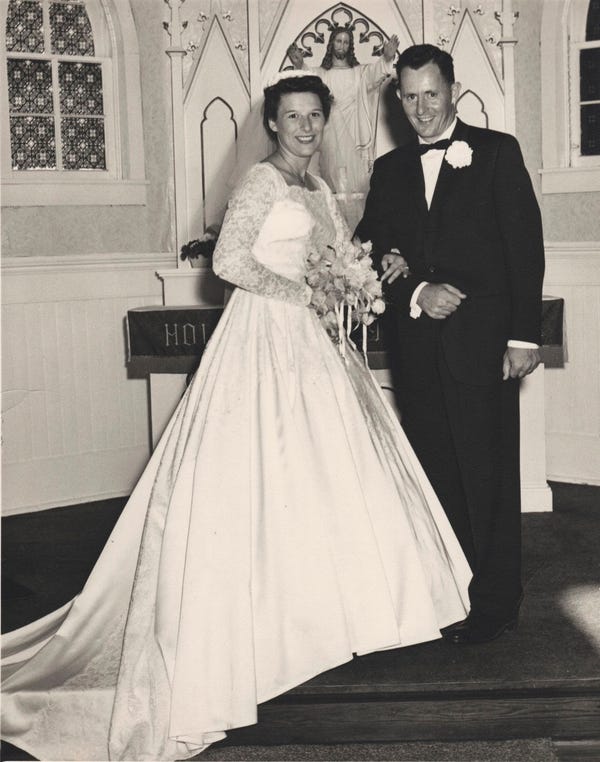 Lucille and Marvin were both teachers in a small town in Nebraska, and they met when they were working at the same school. They got married just a year later.

Lucille, who was a home-economics teacher, made the dress she wore to the wedding.

"It was in a little country church that's not there anymore, so it's a precious picture for us," Lucille told Insider of this image.

Today, Marvin is 88 and Lucille is 81. They've been together for 60 years, and they have three children, six grandchildren, and four great-grandchildren

The couple decided to celebrate their 60th wedding anniversary with a photo shoot. 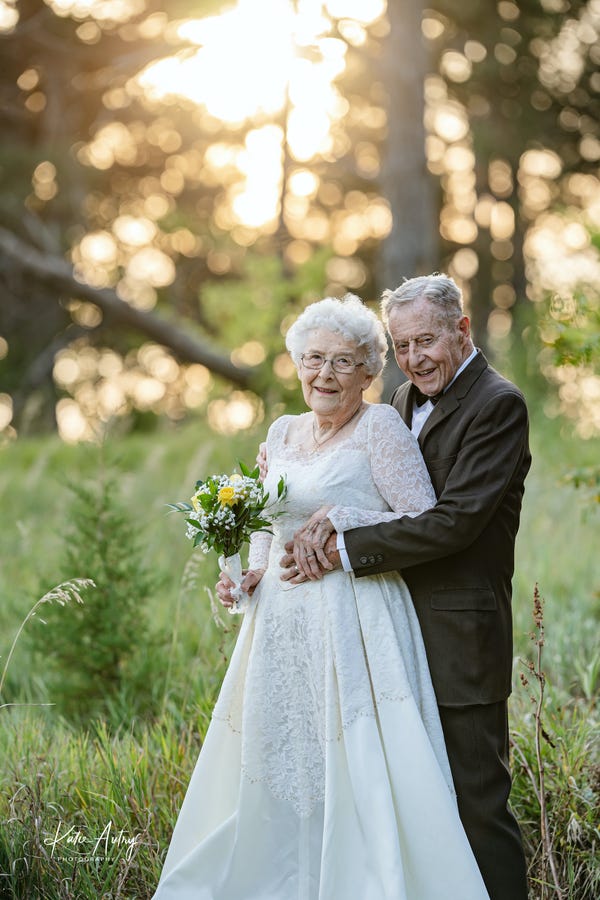 They hired Katie Autry, a photographer they knew through family.

As they planned the photo shoot, Lucille got the idea for the couple to wear their original wedding attire for some of the pictures. Lucille still had her gown, and Marvin had the suit he wore to the wedding.

"He thought it was kind of a good idea too, to have a picture," Lucille said.

Katie came to the couple's home to take their photos. 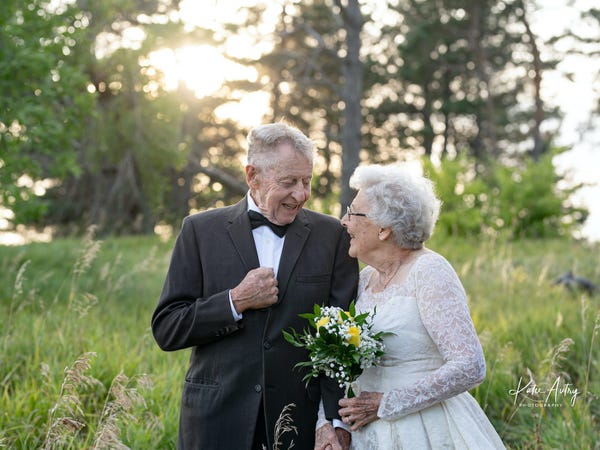 "Weddings are not my main part of my photography business, but I really was trying to re-create wedding photos for them," Autry said of how she staged the photos.

The couple posed outside around sunset. Lucille even held a bouquet during the shoot to complete the wedding look.

Lucille said it was fun to pose for the photos. 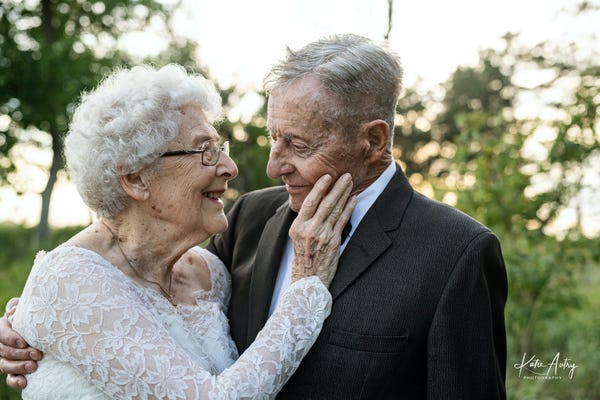 "Katie really is smart in how she tells you to stand and how to turn your head and all of these things," she said. "I think that's why she got some rather unique pictures, instead of just a couple standing there."

"It was kind of thrilling," Lucille told Insider of seeing Marvin in his wedding suit 60 years after they got married. 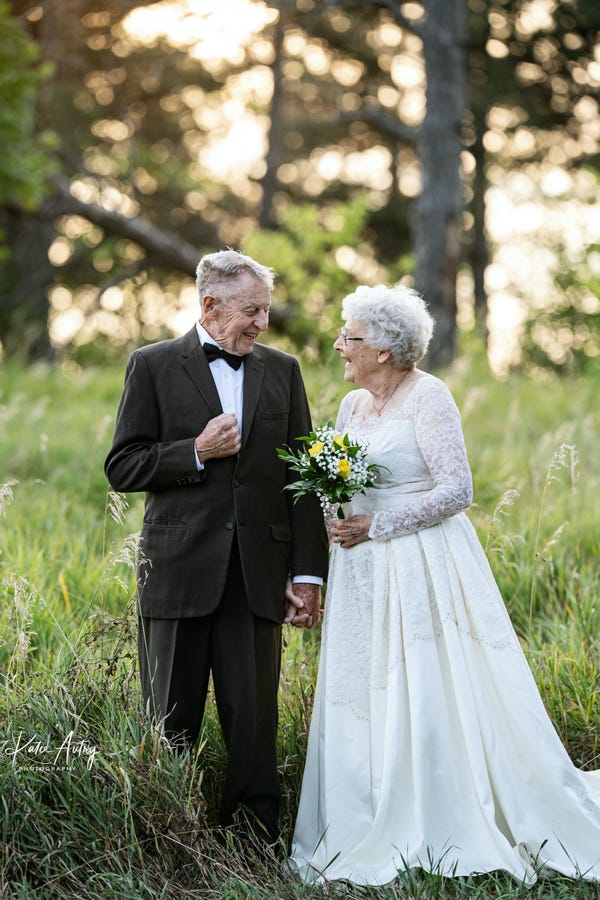 "I still feel about him the same way as when we stood in front of the altar," she said.

"We've had our ups and downs, and I want to make it very clear that our marriage was not perfect," Lucille added. "But when you run into a snag, you mend it and go on."

Lucille had to make some minor changes to her dress to wear it six decades later. 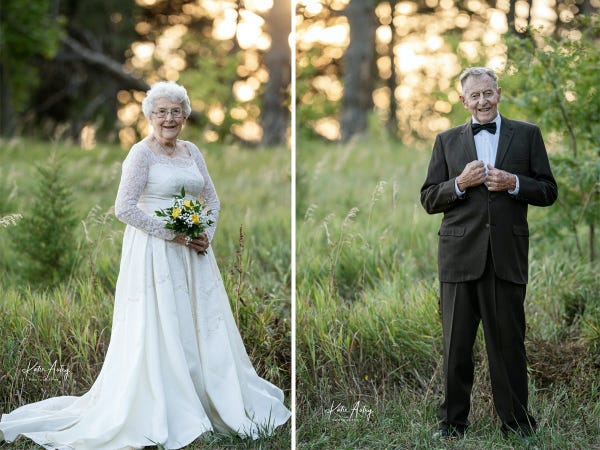 "I had to alter a little bit in the back for the waistline after three babies," she told Insider. "I put a little inset with some white satin that matched."

The fixes were easy to make, as Lucille has been sewing since she was a little girl. Her mother taught her to sew as a child, and she improved her skills at 4-H camp and in college.

Marvin's suit still fits him like a glove. "He bought himself a new suit, which he wore many times after the wedding," Lucille said of her husband's wedding outfit.

"It was such a cool thing to be a part of the interaction between the two of them," Autry told Insider. 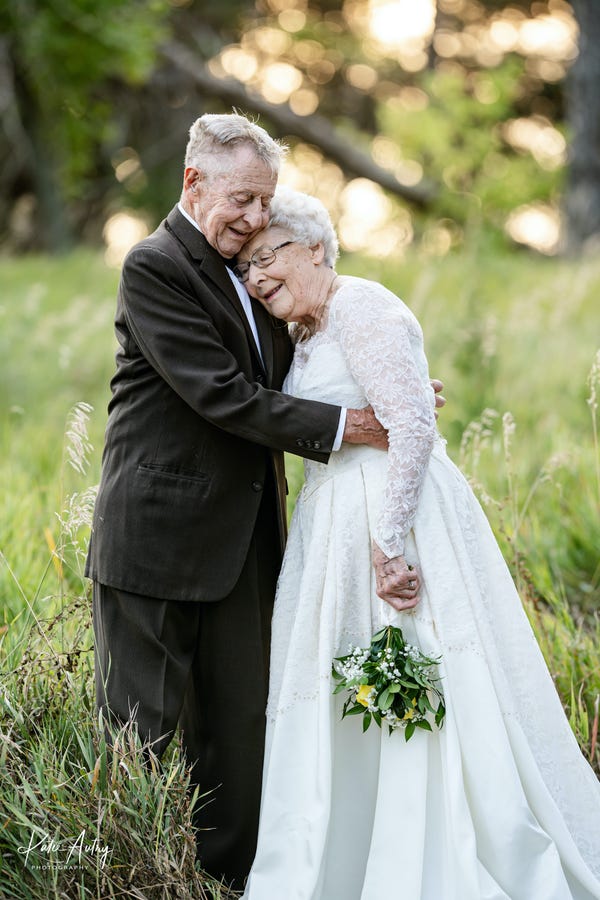 "You could just see their connection, and it was just so evident watching the two of them how much they care about each other," Autry said.

"They just were just so sweet, and you just don't see that very often," she added. "They were such a breath of fresh air."

Autry shared photos from the shoot on her Facebook page, and the images went viral.

Lucille said the support she and Marvin have received for the shoot has been "overwhelming." 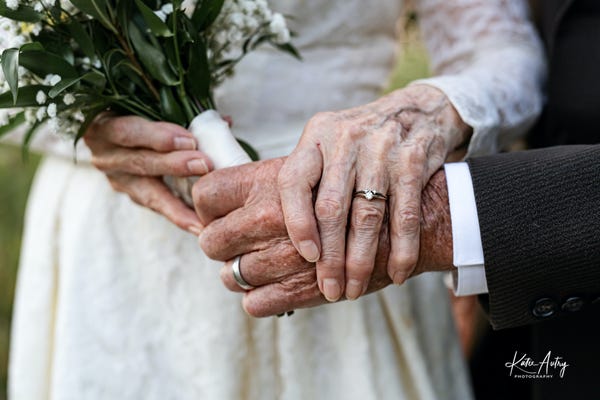 Their story has been shared all over the world, and thousands of people have been supporting them.

But they're just grateful to have each other.

"I would say the motto is: do your best and keep on keeping on," Lucille said of her and Marvin's approach to life. "Forgive what you are offended by and encourage each other."

"I think you need to go into marriage with the idea that it's for life and say, 'Until death do us part,'" Lucille told Insider. 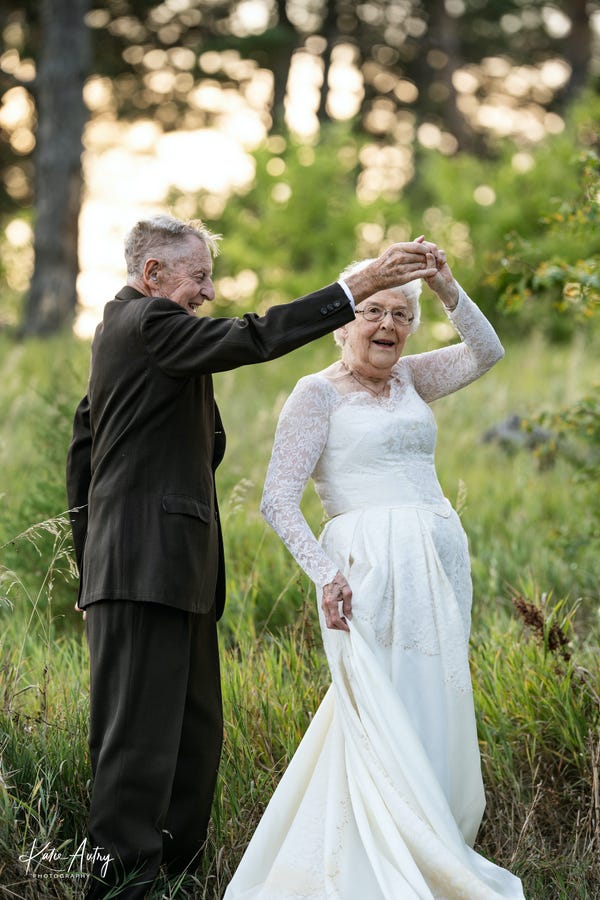 "I don't think either one of us thought any differently for 60 years," she said.

Lucille and Marvin plan on using the photos for their Christmas card. 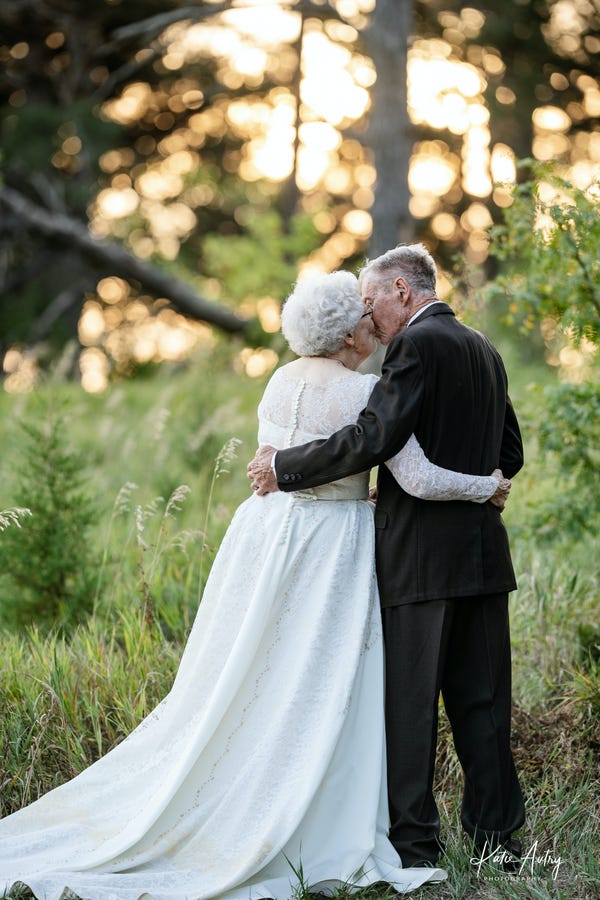 "I just really feel blessed with the family and the opportunities and the friends that I've had," Lucille said of her life with Marvin. "And I think Marvin feels the same way."

You can see more of Autry's work here.