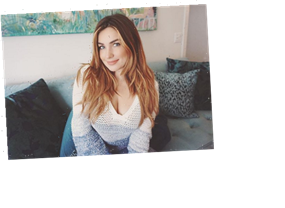 Stephanie Matto had a rough go in season 4 of 90 Day Fiancé: Before the 90 Days. After Stephanie flew all the way to Australia to meet her online romance, Erika Owens, the couple encountered numerous obstacles in their relationship. Between issues of intimacy to personal insecurities and constant fighting, their romance quickly fell apart. While fans have put a lot of the blame on Stephanie, she recently blasted Erika for allegedly trying to get a spin-off with a former girlfriend weeks after they officially parted ways. 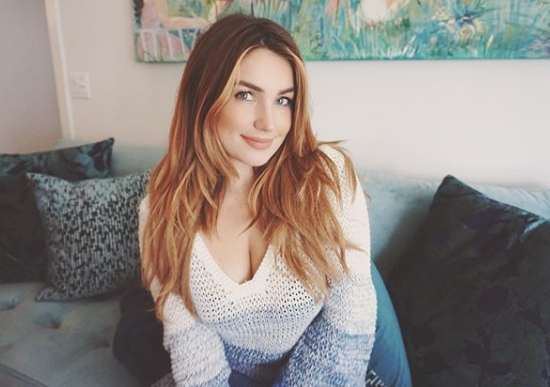 Stephanie takes to the defense following the ’90 Day Fiancé: Before the 90 Days’ tell-all

After meeting online, Stephanie traveled to Australia on 90 Day Fiancé: Before the 90 Days tomeet Erika in person. From the start, it was clear that things were not goingto work out between the pair.

Stephanie was not comfortable with physical intimacy and Erika grew frustrated when she couldn’t show even the smallest sign of affection. She also thought that Stephanie was behaving completely different than her sexy YouTube personality, which is what attracted her in the first place.

The two also couldn’t stop fighting and experienced some majorjealousy issues. It didn’t help that Stephanie appeared to take issue with justabout anything Erika said or did. Needless to say, their relationship quicklyfizzled out and Stephanie packed her bags and headed home.

We live in a world where no matter what you do or say, people will disagree with you. Going back as far as 2016, people have judged me for my patreon, onlyfans, my youtube channel, and every facet of what I do for a living. They’ll disagree with the things I talk about online. They’ll make assumptions about me based on my views, my boundaries, my life, and my ideas. Every day I have to stop and remind myself that no one else has to wake up in these shoes and live my life. For me, someone who may have a bit of an uncertain future due to my diagnosis, it is so important to live in the now and try my best to ignore the negativity. And so as long as what I am doing brings me happiness and fulfillment – that is all that matters! If you don’t agree? Keep it moving or learn to love me despite our differences ❤️ That’s all we can do! What else can you do? Join the bone marrow registry on my behalf! As I famously said in this season of 90 day (about 100 times 😂) I HAVE A DISEASE! But in all realness, this illness is no joke and I still do not have a life saving bone marrow match. My link is in my bio or please visit join.bethematch.org/stepanka 🩸❤️ You may be my cure or someone else’s! For everyone else who has signed up for me, I thank you from the bottom of my heart. You all have been my silver lining ❤️ #90dayfiance #beforethe90days #stepanka #aplasticanemia #aamds #bethematch #connecticut #beach #summer #outfitoftheday #love #pride #lgbt

Although 90 Day Fiancé fans took Stephanie to task for being jealous, manipulative, and controlling, she recently blasted Erika for not taking the time to get to know her.

In a recent Instagram post, Stephanie shared text messagesbetween her and Erika in which they openly discuss her intimacy issues. Themessages reveal that Stephanie told Erika about how she did not want to havesex, which she argues proves that Erika ignored her wishes.

Stephanie’s accusations against Erika did not stop there. The 90 Day Fiancé: Before the 90 Days starwent on to slam Erika for getting back with an ex-girlfriend three weeks afterthey broke up.

She also claimed that Erika tried to get her own spin-off with her ex-girlfriend. Stephanie did not reveal any specifics about the spin-off or how she found out about it, but she did say that she believes her suspicions about Erika were right on the money.

“ELATED I never trusted her. If your gut tells you not to trustsomeone there is a reason,” Stephanie wrote.

Stephanie added that Erika did not delete the dating app on herphone when she was in Australia. She assured 90 Day Fiancé fans that Erika was active on the app and that theprofile she had on Bumble last month was not the same one.

It is unclear if any of Stephanie’s accusations are true. This is hardly the first time Stephanie has shared lengthy posts about Erika on social media, and many 90 Day Fiancé fans are still inclined to side with Erika – at least for now.

How did ’90 Day Fiancé’ fans react to Stephanie’s posts?

Apart from the ex-girlfriend claims, Stephanie also blasted Erikafor leaving her alone during her stay in Australia. Stephanie claims that Erikawent out partying with her friends on her final night in Australia, forcing herto stay in her hotel all by herself.

“Erika acts like she was so alone, but she always had the crew (whom she bonded with) and her friends. My last night in Australia she went out dancing with a girl and the [90 Day Fiancé] camera guy while I stayed alone in the hotel,” Stephanie wrote.

RELATED: ’90 Day Fiancé: Before the 90 Days’ Season 4 Tell All: Things Got Even More Awkward Between Stephanie Matto and Erika Owens

Stephanie then told her followers that she “never” wants to talk about Erika again and that rehashing the drama “has been exhausting.” She also admitted that she thought Erika would be more understanding about her issues before calling her “the most beautiful woman” she has ever dated.

In response to Stephanie’s latest claims, fans were pretty muchsplit on what happened between the two. While some viewers thought Stephaniewas being an “energy vampire,” others noted that, regardless of who was in thewrong, Erika and Stephanie were never a good pairing.

New episodes of 90 Day Fiancé: Before the 90 Days air Sunday nights on TLC.