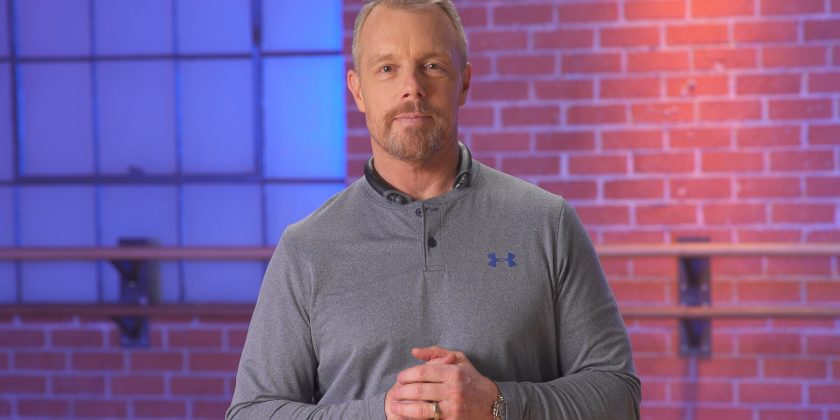 ‘Tis the season for temptation! As we gear up to indulge over the holidays, we tapped celebrity trainer Gunnar Peterson for advice on how to stay on track when faced with so many treats.

Peterson tells PEOPLE the key to squeezing in a winter workout is making it easy, and shared some of his rules for celebrity clients as they face the most celebratory of seasons:

Don’t totally deprive yourself.  Says Peterson, “It’s like skateboarding — the more illegal it is, the more attractive it is.” And don’t beat yourself up when you do slip up.  “You can drive the car a little bit on one flat tire,” he says. “You know you’re going to have alcohol or sweets, so why not factor that into your workouts and focus on getting a good night’s sleep?”

…But avoid most hors d’oeuvres.  With the exception of crudités, Peterson says, “No finger foods. Period, done.” He adds “A toothpick is an extension of your finger, so skip what comes on those too.”

Eat “defensively”— have protein before you go out. “Most of what you get at parties is going to be a carbohydrate or a fat. It sounds weird, but have a chicken breast before you leave. Protein helps your insulin levels not spike, and helps you not store your food as fat.” During the holidays especially, “It’s important to have protein at every meal.”

Avoid overdoing the “Double D’s”: drinking and dessert. “Try not to make every eating transgression at once,” he says. “When I go out, I won’t ever do both dessert and drinks. Just pick one.”

If you do drink, have 3 glasses of water for every drink. “Especially during the holidays, water runs the show,” he says. “I have a professional basketball player client who, when he does a tequila shot, will lay out 3 more shots of water right next to it. It sounds crazy, but it’s smart.”

If you’re usually an evening workout person, switch to the morning. “That way, no matter how bad you feel, you have to get up and go,” he says. “I leave my house like a ninja every morning; I don’t even wake the dogs,” he says. “Plus, it justifies the nap in the afternoon. It’s like, oh, I was up at 5:30 working out.”

Be stealthy with your workout plans.  “You don’t have to make an announcement,” he says. “I’ve read that you should have a buddy system, and that you should tell everyone around you that you’re going to exercise so it keeps you accountable.” But actually, says Peterson, “If you say, ‘I’m going to a spin class,’ then you open yourself up to responses like, ‘Oh no, stay here and help me make the brownies.’ “

If you can actually get to a gym, do it. “Home workouts are great, but if you can get out, that’s even better,” he says. It ensures your workout time will actually be time to yourself: “If you tell yourself you’re going to go do planks in the spare bedroom, you might get interrupted and not get your workout in.”

…And pack yourself a go-bag so you can really leave. “Keep your sneakers and other portable equipment in the car so you can just dip out,” he says.