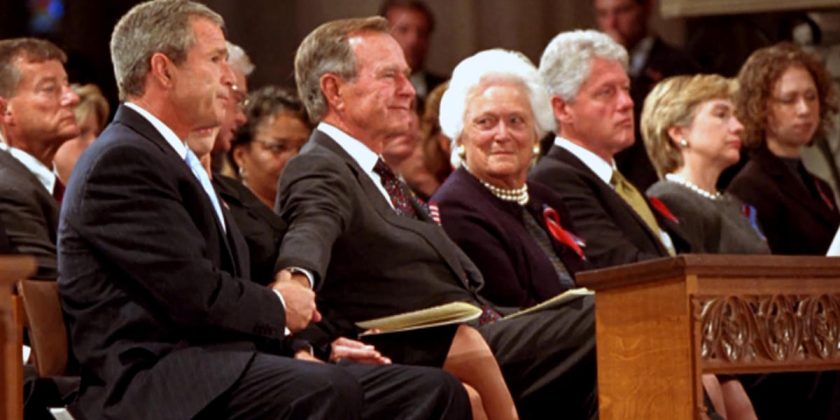 Three former U.S. presidents will help tell the story of George Herbert Walker Bush in a unique 60 Minutes tribute to the 41st president of the United States who died Friday at the age of 94. Presidents George W. Bush, Bill Clinton and Barack Obama are featured in Norah O’Donnell’s special double-length segment to be broadcast Sunday at 7:00 p.m., ET/PT on CBS.

The three former U.S. leaders share their personal experiences and informed opinions of their colleague in separate interviews.
In a bonus web clip for 60 Minutes Overtime, George W. Bush recalls a poignant moment between him and his father when he spoke about 9/11 at the Washington National Cathedral days after the attack.