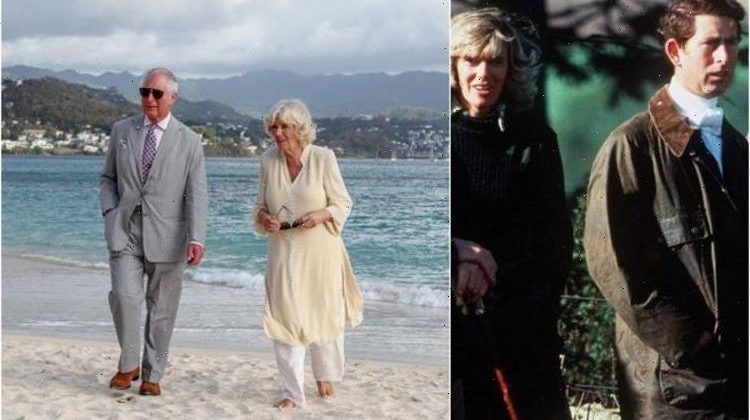 Through scandals and tragedies, it is undeniable Prince Charles and Camilla have survived a great deal, and have become each other’s rock. The royal couple frequently met on the fringes of polo matches in the early 1970s, and according to their biographer Gyles Brandreth, they were first introduced by Lucia Santa Cruz, the daughter of the former Chilean ambassador.

Brandreth wrote in his 2005 book ‘Portrait of a Love Affair’: “The attraction between Charles and Camilla was immediate and mutual, and passionate.”

Half a century on, the 74-year-old Duchess has slowly won over the British public and is now the 10th most popular member of the Royal family, with a higher approval rating than the Duke and Duchess of Sussex.

Prince Charles was said to have been instantly captivated by Camilla, with her ‘unaffected’ dress sense and down-to-earth manner according to royal insiders.

The Prince of Wales told Brandreth he loved how Camilla “wasn’t brittle or pseudo-sophisticated”, but really fun.

They quickly bonded over their love for polo, painting, and the outdoors.

Those who know the Duchess say that while she was sometimes ‘hurt’ by the negative headlines, she never really let them get to her.

“She didn’t really complain about how she was treated.

“She would get upset sometimes and wonder how long it would go on for, but she always adopted a very English, Home Counties sort of approach to life,” one source told The Telegraph.

“She is great and has lots of time for us as photographers – which always makes our job easier!

“She’ll always look around to see where the photographers are and stop for a picture.”

Brandreth said: “It’s clear seeing them together that it’s a perfect fit. She’s playful with him and ultimately, she makes him happy.

“She has no desire to be in the limelight at all. There’s no competition. All she wants is for him to do well.”

The Queen also likes Camilla and appreciates how supportive she has been of Charles.

Penny Junor wrote in her 2017 book ‘The Duchess: The Untold Story’, that the Queen gave a touching speech at their wedding.

Her Majesty said: “They have overcome Becher’s Brook and The Chair and all kinds of other terrible obstacles.

“They have come through and I’m very proud and wish them well. My son is home and dry with the woman he loves.”

In 2018, Clarence House removed all references to ‘Princess Consort’ from its website.

A former royal courtier told The Telegraph: “Charles will 100 percent insist on her being queen. The references to Princess Consort infuriated the Prince.”

The public is finally understanding what Charles saw in Camilla 50 years ago, and time will tell if she becomes a Princess Consort or a Queen.