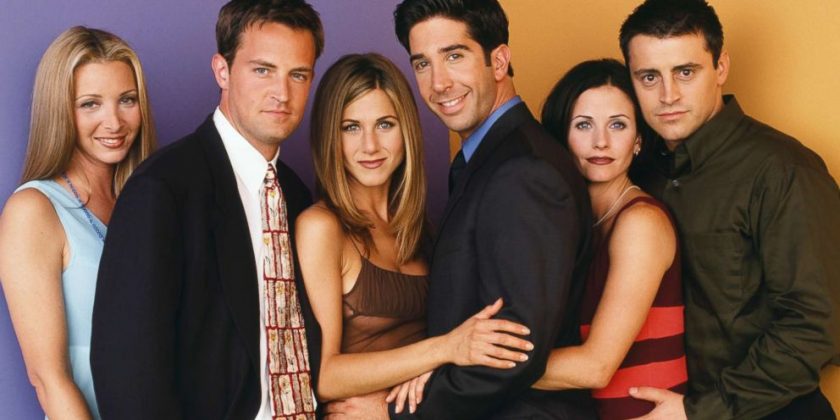 If you’re a “Friends” fan, well then author Kelsey Miller has written an absolute gift for you!

Her new book “I’ll Be There For You” is thoroughly reported, researched and written in a fun and educational way for any one who loved the show when it was on from 1994 to 2004 or caught on when it hit Netflix just a few years back.

But it’s not just fun, little tidbits about castings that almost or did happen, or how the gang stayed actual friends since the show went off the air. 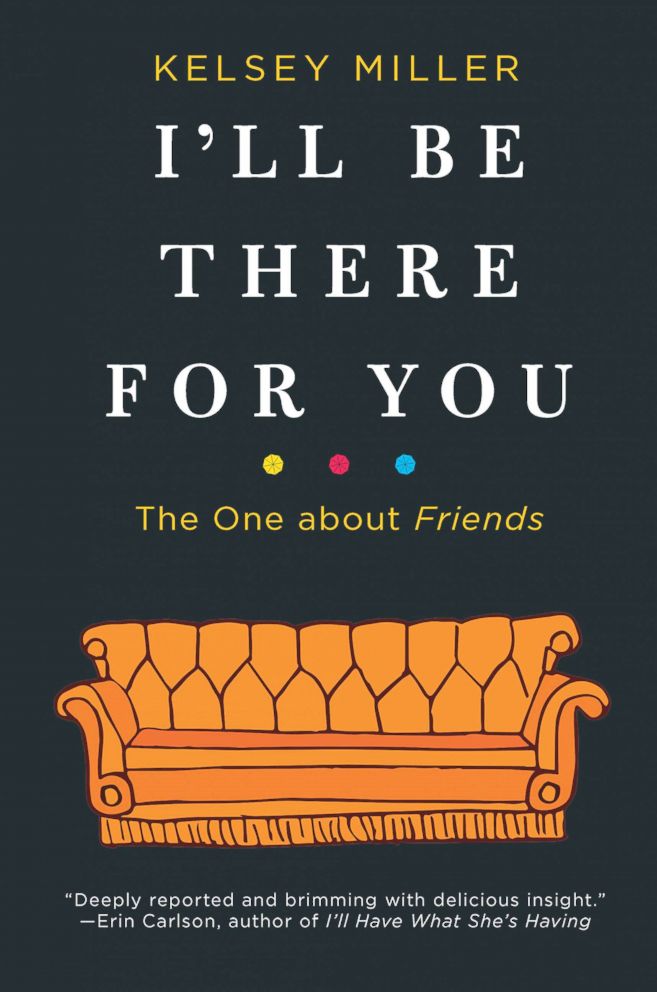 Miller writes about the issues the show did and did not cover, how it and the cast influenced TV (for better or worse) and what viewers can learn from watching the series today.

From how it dealt with Chandler’s transgender father to “fat Monica,” the show was far more than just “We were on a break!” But yes, there was that too.

Don’t worry, you’ll still love the show after checking out her book, it will just open your eyes to TV’s past, while influencing the future for the better.

Here are five ways “Friends” changed TV and the world.

Miller tells “GMA” that there actually has been research on that and “‘Friends’ was having a stronger impact on positive attitudes toward views on America.”

Yep, Ross, Rachel and the gang were actually influencing the world and shedding a silly, fun light on this country.

“Yeah, this is a show we can all kind of watch in our heads without thinking about it,” she said. “But there really is a lot we can learn from it and it also stands as this huge historical marker from that era.”

Miller dedicates a whole chapter on what happened to TV after 9/11, adding that after that national tragedy, “everything kind of stopped and had to recalibrate.” 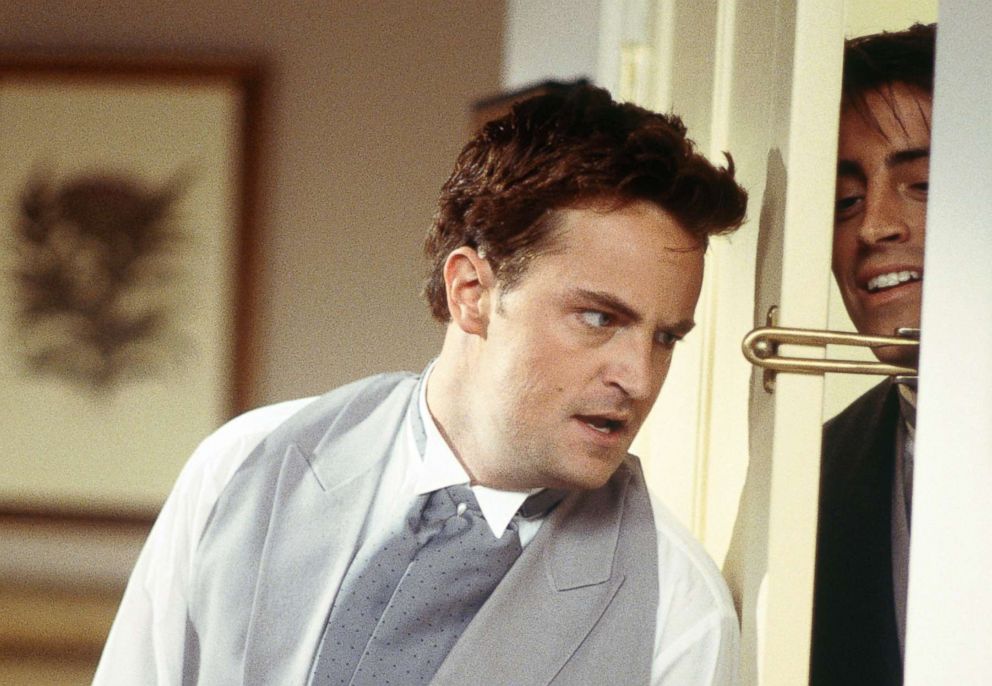 “‘Friends’ was in a really unique position and they handled it in a unique way,” she said. “Before the attacks happened, the show was probably going to wrap up after the next season. The audience was drifting away and it seemed like it was time to go, but afterwards, viewers came flooding back to it.”

She said most viewers were glued to the news and also glued to “Friends,” because it was “New York, it was unchanged, familiar and really good comedy.”

The show organically added in tributes like New York Fire Department (FDNY) shirts and American flags in the background as well, without adding the attack into the storyline, but just letting it represent pride of New York and its heroes at the time.

“They made it so the show would be there for them, the same way it always had been,” she said.

2 – ‘The One Where Two Women Got Married’

Miller also has a chapter that focuses on the union between Ross’s ex Carol and Susan.

The marriage took place in 1996 and definitely was ahead of it’s time for even having that on the air, but looking back, it also was very conservative in the way it was handled.

The two weren’t allowed to kiss and the actually wedding scene only last about 60 seconds.

And while the show had Ross’ ex married to a woman, it also had a ton of gay jokes.

“When I was first writing about the revival of the show in 2014, 2015, everybody was talking about the homophobia,” Miller said.

Even so, having this union on air, was an “envelope-pushing” moment.

“The one with the lesbian wedding was definitely a ground-breaking episode,” she said, adding there are subtle moments as well, like “Newt Gingrich’s sister actually plays the officiant. which is kind of crazy if you think about Newt Gingrich in the 1990’s on this topic.”

So, “Friends” fans know very well that Chandler’s father left his mother for the pool boy and later decided that she was a trans woman.

Another envelope pushing moment, BUT she was played by Kathleen Turner and not a female trans actress.

And like the gay jokes, there were also some trans zingers thrown in when she would appear in the series.

Then there was “fat Monica,” Ross’ sister’s old nickname, which is easy to guess why — she was overweight in her younger years. This was another polarizing issue, Miller said as she spoke to producers and fans.

“A lot of people were obviously offended by her and a lot loved her,” she said. “It’s not cut and dry, and it’s the same with Chandler’s dad.”

“One women I spoke to, a trans woman, who wasn’t out yet while still in college, was saying, ‘There was literally nothing else for me to watch.'”

So, while Chandler’s family may have been offensive by today’s standards, it was the representation that the trans community needed and deserved.

That trans woman admitted that she watched “Friends” and the trailer for the 2005 movie “Transamerica” over and over because there was just nothing else.

“She told me, ‘Yeah looking back, it’s horrible how they treat her and the fact she’s such a joke,’ but at that time, the only places you saw trans characters was on ‘Law & Order’ and they would be a murder victim,” Miller explained.

The cast of “Friends” is notorious in TV history as the one that made sure they all got equal pay and held out for huge numbers in later seasons. We’re talking a million dollars per episode. 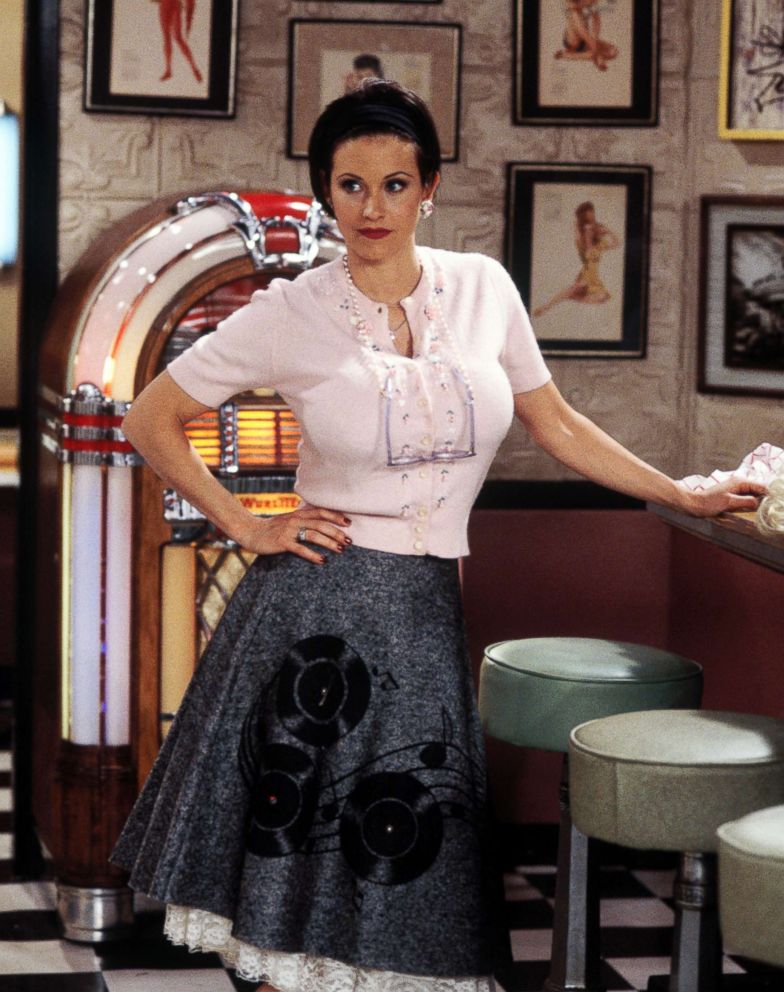 The fact that both men and women stars were making the same was beyond progressive for the time.

And while all of Hollywood has yet to catch up in this regard, it actually has a long way to go. You can see the influence in unity in shows like “Big Bang Theory” and more, where casts do the same thing and make sure the whole on-screen family is taken care of.

“Friends” also really created an archetype for this gang-type situational comedy. Not that it hadn’t been around before, but shows like “New Girl” and “Big Bang” definitely take their cues from “Friends.”

“There have been several really good shows centered on friendship,” Miller said.

“A lot of people talk about ‘How I Met Your Mother’ … Even shows like ‘Girls,’ the whole concept really does mirror ‘Friends’ in a 21st century way,” Miller said. “It’s just about a group of girls going through the same period of their life that the characters on ‘Friends’ were.”

OK, OK — this is a major stretch, but let’s have fun with this one.

Did you know that Phoebe’s sister Ursula pre-dates the show.

She was featured on “Mad About You” a full year before the show launched.

And the network decided to share her for “Friends” so that actress Lisa Kudrow could be part of the cast.

“It makes it seem like TV was such a quaint, tiny town back in the day,” Miller admits. Actually the two shows aired on the same night and took place about 20 blocks apart in New York City.

“For awhile, there were times she’d be on both shows on the same night,” she added.

There was also a famed blackout night, where all the shows in New York dealt with a blackout, further feeding into the unified little world.

“It was NBC [that] realized our entire Thursday night takes place in the same universe, why don’t we do this,” she said. “They did a lot of fun crossovers, like the episode where the “ER” doctors just sort of fly in and they are fixing Rachel’s sprained ankle. I love it, think they did a really great job.”

So, long before Captain America and Iron Man were making cameos in Marvel films, the cast of “Friends” was doing some of the same things.

“I’ll Be There For You” is out now in bookstores and on Amazon.