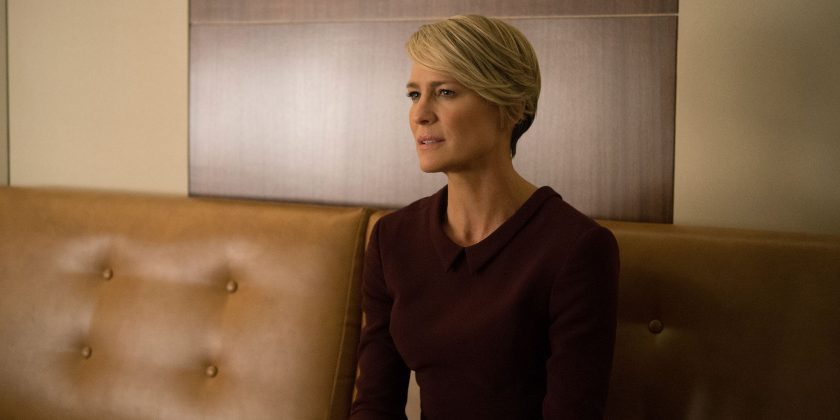 From the highly-anticipated "She-Ra" reboot to Robin Wright's reign on "House of Cards," here's what's coming to Netflix this November.
USA TODAY

Another month, another new crop of TV shows and movies at your streaming fingertips.

Now that it’s November, you don’t just have to start thinking about cooking a turkey and stuffing.You also have to start making your way through all the new movies and TV shows available on streaming sites like Netflix, Hulu and Amazon.

We picked five stand-outs from the new crop of options, including the last season of a fan favorite show to an A-list movie star’s first TV series.

If you are a completist: ‘House of Cards’

The final season of Netflix's "House of Cards" debuts with Robin Wright as Claire Underwood, the new President of the United States after her husband's resignation from the position. "House" is just one of the many series that examines the drama and comedy surrounding politicians in power. Here are a few more of our favorite political television shows. (Photo: David Giesbrecht, Netflix)

Netflix’s original flagship drama was rocked by controversy last year with allegations of sexual harassment and assault against star Kevin Spacey, and he was dismissed from the show. The series moves to its final season without him, now anchored by Robin Wright’s Claire Underwood. Considering Claire was always the most interesting character, it’s not a bad move. But it’s really only worth checking out if you must see how the series ends.

If you like mind trips and ‘My Best Friend’s Wedding’: ‘Homecoming’

Julia Roberts makes her TV series debut in this new Amazon show directed by “Mr. Robot” creator Sam Esmail. The trippy series, based on the podcast, reunites Roberts with Dermot Mulroney, her “My Best Friend’s Wedding” co-star.She stars as a counselor at a facility to help veterans returning from deployment reintegrate into civilian society. Only thing is the so-called “Homecoming” facility has far more nefarious intentions than that.

Stream it on Amazon.

If you don’t mind a one-season wonder: ‘Dietland’

AMC’s bonkers summer series “Dietland” was not renewed for a second season, but its first season is still a delectable pile of feminist anger and heightened drama. The series, starring Joy Nash and Julianna Margulies, followed a plus-size woman (Nash) being crushed by societal fat-shaming and hatred, all the while a vigilante feminist organization starts taking down the patriarchy, violently.

Stream it on Hulu.

If you want to be haunted: ‘Children of Men’

A scene from "Children of Men."

“Gravity” director Alfonso Cuaron is just as adept at wowing audiences even when his films don’t take place in space. His 2005 film “Children of Men” is a haunting, gorgeous piece of cinema that takes place in a world where humans can no longer reproduce. The depressed, apathetic dystopian future is brought to life with excruciating detail, and the story of the one woman who can get pregnant and the man trying to protect her is incredibly moving.

If you saw this summer’s smash hit “Avengers: Infinity War” but missed a few of the Marvel movies that came before it, you may have been wondering who that wizard with the great facial hair was. Cumberbatch made his debut as Stephen Strange in a 2016 solo film that introduced the character and showed how he went from egotistical New York doctor to “Sorcerer Supreme.” The cast also includes Chiwetel Ejiofor and Tilda Swinton.