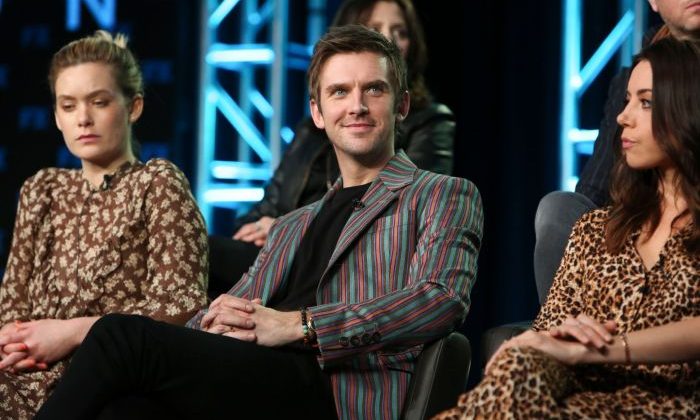 FX took center stage at the winter Television Critics Assn. press tour on Monday. Panels included new shows including the upcoming limited series “Fosse/Verdon,” Taika Watiti’s comedy “What We Do in the Shadows” and “New York Times” docuseries “The Weekly,” as well as returning shows “Better Things” and “Legion.”

FX President John Landgraf opened the day with his now customary keynote address on the current state of television, which this time focused heavily on Netflix’s rapid expansion and opaque business practices. Landgraf wasn’t subtle with his displeasure about Netflix’s refusal to share its data and ratings (not to mention journalists who repeat their talking points without being able to independently verify them), stating that “the truth will come out, as it always does.”

Here are 5 things we learned from today’s session.

FX’s trippy superhero drama is coming to an end with its third season, which will premiere in June. According to creator Noah Hawley, however, the show was never supposed to stretch beyond three seasons. “I always thought of this as a complete story with a beginning middle and an end,” Hawley said. “It felt like three acts of a story, so this felt like a natural place to end it.” Jeph Loeb, head of Marvel TV, agreed, pointing out that the characters will always live on in some way shape or form in the comics, so the end of FX’s “Legion” feels like “the end of this particular graphic novel.” FX also announced casting for two new pivotal roles: David Haller’s mother Gabrielle will be played by Stephanie Corneliussen, while his father (“Professor X”) will be played by Harry Lloyd.

“Legion” may be ending, but FX had several announcements for its new and continuing shows at the ready. “Archer,” headed into its 10th season, will be back in April. “Pose,” recently nominated for drama series at the Golden Globes, will be back in June. And “Y: The Last Man,” a long-awaited adaptation of Brian K. Vaughn’s comic book series, is finally set to debut in 2020.

When asked about the delay of the latter, Landgraf insisted that they wanted to make sure the quality is up to par. “If you want to get things right, if you want to take care with them, you have to stop; you have to slow down,” he said. “Sometimes you have to shut down for a period of time. You know, you have to come back to the original material…but it’s just not an easy adaptation, and it’s just taken us a long time to get it right.”

FX first announced “American Crime Story: Katrina” in 2016 as the highly anticipated follow-up to “The People v. O.J. Simpson,” promising that it would once again unpack a fraught moment in American history with the deep bench of talent we’ve come to expect from a Ryan Murphy production (including, as announced in early 2017, Annette Bening as former Louisiana governor Kathleen Blanco). But with no more solid updates on the production, Landgraf was asked once again today whether or not the season is actually going forward, and his answer was more conclusive than it had been before. “As far as I know, ‘Katrina’ is not still in the mix,” he said. But as he also emphasized, the “ACS” team is still working on “three to four” ideas for new seasons. (“Feud,” meanwhile, has no new seasons currently planned.)

The upcoming eight-episode series, starring Sam Rockwell as Bob Fosse and Michelle Williams as his partner Gwen Verdon, is based on Sam Wesson’s “Fosse” biography and the input of Nicole Fosse, the pair’s daughter who acts as a producer for the show. But when asked if “Fosse/Verdon” reached out to anyone else depicted in the series (including Shirley MacClaine and Ann Reinking), especially after Olivia de Havilland sued over the portrayal of her on “Feud,” the creative team demurred, pointing to the extensive research and interviews that Wasson had originally done for the book.

“There’s also archival material and all sorts of other stuff to look at,” said executive producer Joel Fields, who most recently painstakingly fact-checked fact versus fiction on “The Americans.” “But our goal is to explore a relationship between [Fosse and Verdon] and to do it in an authentic way, and we are never looking to whip something up. So I don’t think that’s been an issue for us. It’s been easy to follow what the truth was as we see it and to try to let the drama flow out of that.”

More “Atlanta” Is On The Way….Eventually

The third season of Donald Glover’s critically acclaimed series “Atlanta,” Landgraf shared, is underway in that the writers are back to work, but it won’t be debuting on air anytime soon. Landgraf noted that Glover has had some personal and family issues that delayed the show a bit. “Donald Glover is sort of the king of all media,” Landgraf said, “and he just has had an incredibly complicated life.” At the very least, confirmed FX executive vice president of Communications John Solberg, “Atlanta” will not be back in time to be eligible “for this Emmy cycle.”