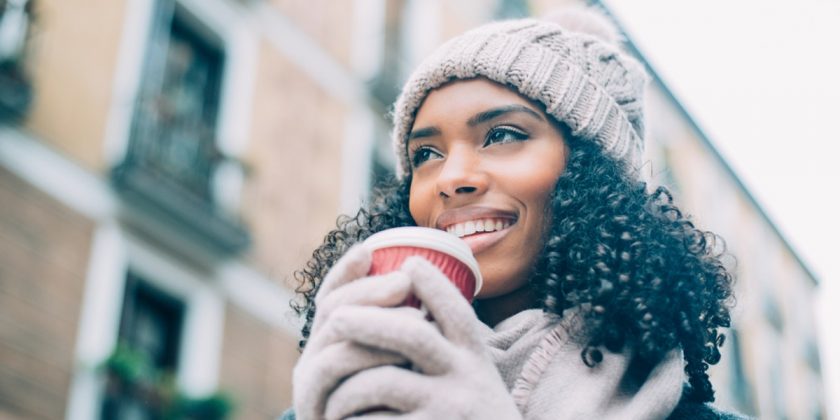 All the leaves are brown, and the sky is gray — but everyone seems to have a lil’ extra pep in their step anyway, because we’ve officially survived Scorpio season. Congratulations, fellow Earth babies. We were certainly hit hard by Scorp’s intensity (not to mention the chunks of various retrogrades we were graced with plus a heavy couple of moons), but that’s to be expected: Scorpio does not mess around. That all said, we’re being ushered into a new season by Sagittarius, sign of the archer and all-around bringer of a good time. Sagittarius season 2018 officially begins on Nov. 22, and the sun will travel through the sign until Dec. 21. Sagittarius’ optimism and positivity feels like exactly the astrological happy pill we’ve been waiting for, and if you use the energy right, it’s bound to make you feel a lil’ more lighthearted and adventurous than usual.

Being the last sign the sun will travel through before clocking in at the winter solstice on Dec. 21, Sagittarius season can help bring projects and ideas to fruition and help us prepare for what’s next through action. Bless you, fire signs. And we super need that energy right about now, don’t we? Scorpio season asked us to get real introspective, and 2018’s final Mercury retrograde is all but forcing us through brute force to review, reassess, and realign where we are on our paths. Having happy-go-lucky Sag reminding us to get wild and have some fun before winter hits is so necessary — and it offers exactly the fire sign kick-in-the-butt we all need to gather up everything we’ve learned this past season and turn it into action. Sag seeks enlightenment and is ever-hungry for knowledge, so we should all channel that kind of worldly, open attitude as we embark on our goals.

"While enthusiastic Sagittarius helps us take risks and big leaps of faith, we can bite off more than we can chew," explained AstroStyle on its site. "Under this sign’s influence, we need to know our limits." So yeah, Sagittarius’ flip side can be restless, reckless, and a little flaky if its energy sinks into a lower vibration — but overall, it’s a fun, happy-go-lucky, feel-good season that should boost us up for the holidays and help us expand our horizons to make room for new and fun adventures.

Sag may be our resident world-travelin’, high-thinkin’, always-ready-for-a-party archer, but TBH, some signs may not feel the season’s energetic, fast-paced vibes quite as hard as the rest of us. The zodiac signs Sagittarius season 2018 will affect the least may not have the spike in energy that other signs do, but that can also offer up its own opportunity to sort things out in your own way. Bustle spoke with astrologer Lisa Stardust to find out which signs won’t feel this season’s vibe with as much intensity, so read on to find out if you’re one of them.

OK, you have had a lot going on lately, Aries — even for you! Like, this is intense! So even though the sun is travelin’ through fellow wild child and fire-ruled Sagittarius, you’re probably going to feel more like running away the flames than channeling them. "Your mind will be in the clouds, Aries," shares Stardust with Bustle. "You will cuddle up during the last month of autumn with a good book, escaping the day to day tasks of life." It’s time to slow down, maybe hit a yoga class, and give your body and mind a much-needed break.

Our dearest lil’ astro crab, Sagittarius’ vibes may not be bringing boons in the form of wild n’ crazy energy, but that doesn’t mean you’re not going to feel it. "Sag Season will make you less obsessive and allow you to think more clearly about your life, without hesitations," explains Stardust to Bustle. I know it’s easy for your to get trapped inside your shell with all those feels, but high-thinking Sag is bringing you arrow-sharp mental clarity and a totally new perspective that’ll help you make sense of everything you’ve learned over the past season.

OK, Libra, it’s not that you love the drama — it’s that the drama loves you, right? *Wink.* But for real, this Mercury retrograde has got you feeling weirdly unable to express yourself with the graceful, diplomatic ease you’re used to, so you’re probably feeling way off-kilter. That said, Sag season is giving you a chance to put your social talents to good use and smooth things over for yourself. "This month will allow you to make up with those you have recently gotten into arguments with, proving to be good for your peaceful mentality," says Stardust. Bring that balance back to center this Sag season and you’ll be feelin’ tip-top.

It is time for you to take a chill pill, Cap! I know the ~holidaze~ isn’t exactly an ideal time to peace out from day-to-day life, but Sag season isn’t bringing you the energy boost it’s bringing some other signs — instead, it’s offering you a chance to find some tranquility and inner-quiet, as well as a chance to ask the outside world to leave you be, just for a bit. "This month will allow you to take a break and tune out the world, refreshing your mind and spirit," Stardust tells Bustle. Sag is spiritual and philosophical, so channel that part of the season’s vibe and indulge in some much-deserved self-care time.