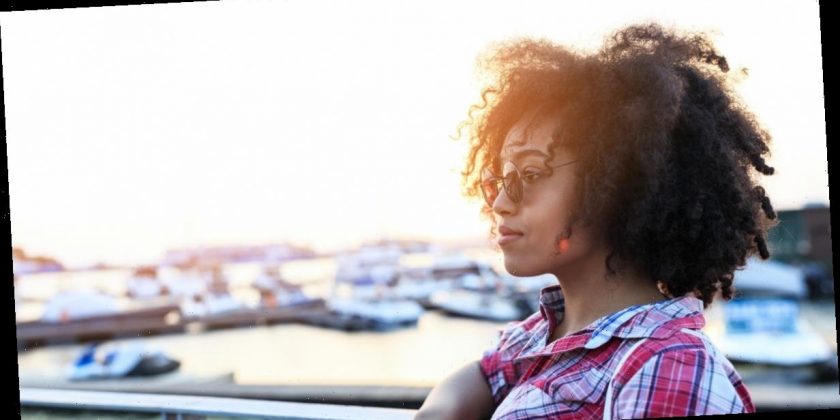 It’s kind of a big deal.

OK, so there’s never a great time for Mercury retrograde to hit in our schedule-oriented, tech-obsessed modern society — but in the running theme of 2020’s chaotic astrology, Mercury retrograde fall 2020 is indeed hitting on October 13 and will carry on through November 3. While this timing may feel pretty inopportune, we’re not doomed. We can all make some preparations when it comes to navigating the murky waters of this transit by keeping a few simple Mercury retrograde fall 2020 do’s and don’ts in mind as we trudge through the latter half of October.

In astrology, planet Mercury rules over thinking, timing, communication, tech devices, transportation, and more — so it’s no wonder its tri-annual retrograde periods are known for being such a headache. During these retrograde runs (which last about three weeks at a time), all the areas of our lives ruled by Mercury come up for review, and we’re cosmically asked to slow down so we can properly manage it all. If we don’t take some Mercury retrograde precautions, then there are often consequences, such as missed meetings, tech mishaps, and misunderstandings.

However, if we take some time out to reflect on our current endeavors, we can make the retrograde work for us. "[Mercury retrograde] gives us a chance to slow down and make a significant review of what we have been doing and where we are going," astrologer Leslie Hale of Keen.com tells Bustle. "We can make corrections that will lead to a better future result."

There’s a lot going on with this retrograde — like the fact it’s taking place primarily in the emotionally-intense sign of Scorpio, running through election season, and that it’s overlapping with the ultra-frustrating Mars retrograde period, to name a few — but all zodiac signs can weather the cosmic storm by keeping these simple Mercury retrograde fall 2020 survival tips in mind.

DO: Get Real About Emotions

Mercury retrograde periods are known for being inconvenient, but because this one spends most of its journey in the emotional realm of Scorpio, it’s dragging our deepest and darkest feelings into things, too. "Scorpio is deep, so we will be digging into how we feel about our lives, those we are intimately connected to, and our own personal finances," Hale says. "This will be the third water sign Mercury has retrograded in this year, so feelings and emotions will be involved." Work through emotions as they come, especially if they involve feelings that you’ve been holding back or trying to hide.

DON’T: Lash Out With Your Inner-Scorpion Stinger

Confusion plus feelings often equals vulnerability, and when we’re vulnerable, we may end up lashing out at others in hopes of protecting ourselves. But being vengeful, jealous, or possessive isn’t a good way to handle your sensitivities during this retrograde — in fact, it could make the drama worse. "The green-eyed monster may raise its ugly head, and we may all feel more suspicious than normal," Hale says. "If this is the case for you, don’t over think to the point of paranoia and try and stay rooted in reality." It’ll be easy for powerful emotions to cloud your judgement and carry you away in your feelings during this retrograde, especially if you’re dealing with misunderstandings or missed connections — so try to take things slow and check yourself before letting fleeting feelings take precedent over more sensible reactions. Strike a balance between your mind and your heart.

DO: Be Extra Diligent About Voting & Making A Plan

Mercury retrograde or not, it’s voting season, and we’re on the precipice of one of the most important elections in US history. That said, it’s imperative that you don’t let astrology’s trickiest transit get in the way of your doing your civic duty and making your voice heard. Do your best to allow yourself some wiggle room — mail in your ballot early, or leave extra time in your schedule for retrograde delays if you plan to vote in-person or drop your ballot off at a voting drop-box. Because Mercury rules over information-sharing and things can get confused during these periods, be sure to fact-check your sources when it comes to details on polling, presidential candidates, or election-related news before sharing or trusting it.

DON’T: Run From The Truth

Scorpio energy is concerned with finding out the truth at all costs, no matter how painful it is to face — so don’t try to outrun reality during this retrograde. "During this time, you or others could be concerned with exposing the truth in some way, as Scorpio is a detective and likes nothing better than to unearth new information," Hale says. Whether it’s one of your secrets being revealed or a private matter concerning someone else, remember that honesty in the best policy. Take responsibility for your own wrongdoings, and be responsible with other people’s private information, as well.

DO: Correct A Past Mistake

While starting new projects during a Mercury retrograde isn’t advisable, revisiting a past project and bringing back into your consciousness with a new perspective can be a productive way to use the energy — especially given the sign that Mercury is backspinning through this time around. "Scorpio is symbolized by the phoenix and loves a comeback," Hale says. "If you wish you had said yes to a business opportunity, job, date, or anything else, now is the time to try and re-connect with whatever you regret turning down the first time."

DON’T: Give Up On Romance

Mercury is backspinning through Scorpio for the first couple weeks of the retrograde, which will put us in an extra emotionally-sensitive and reactive state — but the final week will be spent in Libra, which will unearth unresolved issues within relationships and could make communication with your partner more difficult. "Mercury will re-enter Libra on October 27 [and] our thoughts will shift toward our most intimate relationships," Hale says. "Some relationships may end if they are tottering on the edge, but others can become stronger as this will be a period of talking through any issues that may be bothersome and resolving problems that have been undercover for a while." If that’s the case, try to ride it out and work things through — especially if the issues only starting affecting you during the retrograde.