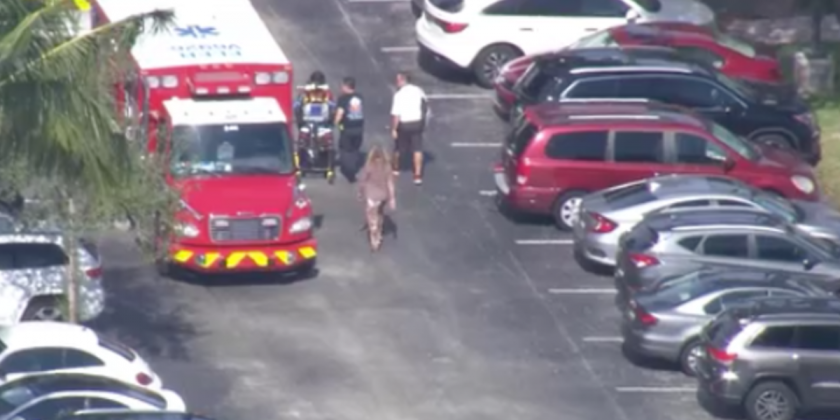 FORT LAUDERDALE, Fla. — More than two dozen students and an adult staff member were hospitalized Monday for possible exposure to an unknown substance at a high school in Fort Lauderdale, CBS Miami reports.

“These students were having various states. Some were having syncopal episodes, were passing out. Some had nosebleeds, some were having shortness of breath,” said Fort Lauderdale Battalion Chief Stephen Collan.

The 26 students from Cardinal Gibbons High School were in stable condition and improving Monday afternoon, but the cause of their symptoms remains a mystery and is still under investigation.

“We don’t know. We’ve searched back and forth. We’ve done three different samplings. We’ve used our monitors and have come up with nothing,” said Collan.

#DEVELOPING – More than half a dozen Cardinal Gibbons High School @CGHSFL
students from are being taken to the hospital in Broward after getting sick in their school gymnasium. @FLPD411 & @FtLaudFire on the scene.https://t.co/M1vAXyh04r

The students began falling ill shortly after they left a prayer service in the gymnasium shortly after 11:30 a.m. They began getting sick in classrooms and other areas in the school.

“They were like passing out and stuff like that,” said student Gustavo Hernandez. “Some people started having nosebleeds. Some of the people were having ear pain.”

Some parents rushed to the school, concerned for their kids.

“I texted with my children and one said she felt sick later on, so I told her to go to the paramedic,” said parent J.B. Perdomo as she dashed past a group of reporters.