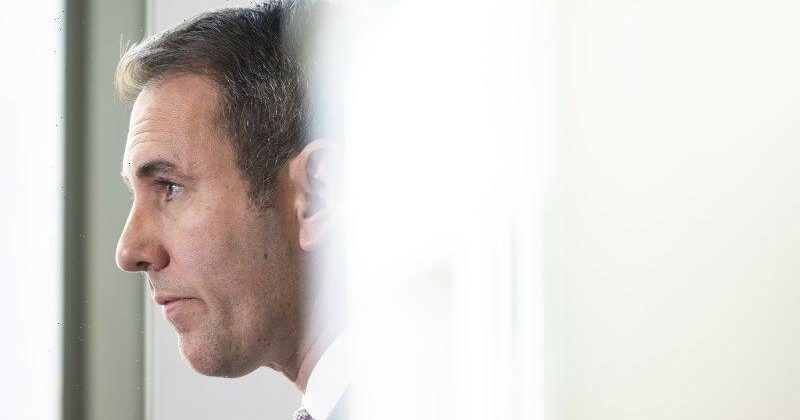 Treasurer Jim Chalmers will have to shoehorn more than $2.4 billion in election spending promises for this financial year into his October budget, which is already under pressure from high inflation, rising interest rates and gloomy growth forecasts.

Dozens of the government’s election promises require millions in funding before July 1 next year, including programs for fully subsidised TAFE spots, mental health support for school children and housing in the Northern Territory, even before the government pays for its cornerstone childcare policy, which will cost more than $1.5 billion in 2023-24. 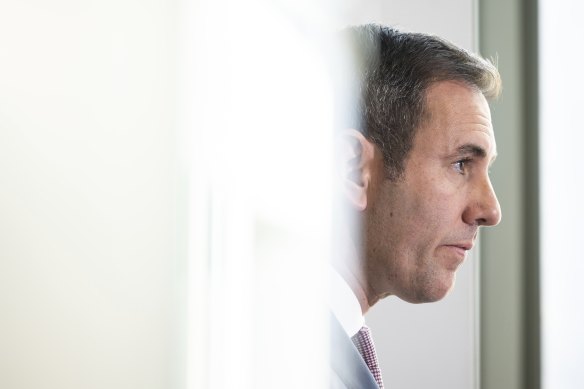 Treasurer Jim Chalmers will have to find space for $2.4 billion in election promises in next month’s budget.Credit:Alex Ellinghausen

In the lead-up to the election, Labor identified nearly $1.3 billion in savings it could claw back from the previous government’s programs, ahead of a “waste and rorts” audit since launched by Finance Minister Katy Gallagher. But this still leaves the government with a $1.15 billion shortfall for 2022-23 between promised election spending and saving measures.

Chalmers said the government’s election promises were about fixing shortfalls left by the Coalition.

Shadow treasurer Angus Taylor had asked Chalmers how the government would pay for its budget commitments.

“What new taxes will the treasurer introduce in order to pay for this and other new spending?” he said in question time.

According to Labor’s own costings for its 160 election promises, 15 commitments require more than $50 million in funding this financial year, including six that need more than $100 million by the end of June.

Those promises do not include the government’s signature cheaper childcare plan, which is due to start on July 1, 2023, or its $2.5 billion pledge to improve the treatment of older Australians.

From January 1, the government will cut the subsidised prescription medicine co-payment to $30, at a cost of $104.3 million, and Health Minister Mark Butler in July extended access to subsidised continuous blood sugar monitoring to everyone with type 1 diabetes at a cost of nearly $58 million.

Education and training costs will be the most costly of the government’s election promises this year, including $144 million for the schools upgrade fund that was promised in January. The government also promised $112 for fee-free TAFE and $96.1 million for 20,000 additional university places.

Several of the most expensive Labor programs are yet to be detailed beyond the election announcement.

They include the student wellbeing boost, for which $201.5 million was promised in 2022-23 to help children recover from the mental health effects of the COVID-19 pandemic; a plan to strengthen Medicare GP grants, forecast to cost $198 million this financial year; and a $100 million plan to improve housing in the Northern Territory.

Labor also committed $86.6 million for local community, sport and infrastructure projects and $87.1 million to local industry grants this financial year. A spokeswoman for Infrastructure Minister Catherine King said the government would deliver on its election commitments in the budget.

In foreign affairs, the government promised $182.5 million this financial year in increased development assistance to the Pacific and to deepen engagement with South-East Asia.

The government has already committed to further spending starting this financial year beyond its pre-election promises.

On Tuesday, Attorney-General Mark Dreyfus announced the government would spend $262 million over four years to establish and run the federal anti-corruption commission. Other post-election commitments include $1.4 billion to continue pandemic funding including for extra workers, protective equipment and medications.

Among the savings Labor plans to gain from the budget this year are $500 million by reducing the public service’s use of contractors and labour-hire companies, $88.5 million from axing the Great Barrier Reef Foundation and $50 million from abolishing the regionalisation fund.