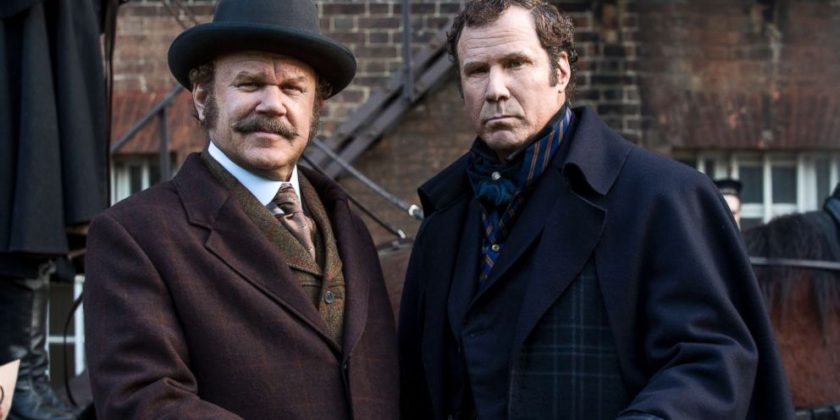 Now that you’ve got some free time for the holidays, tune into some exciting new releases.

From the perfect Hallmark movie “When Calls the Heart: The Greatest Christmas Blessing” to the blockbusters hitting theaters this week, including “Vice” and the new Ruth Bader Ginsburg biopic “On the Basis of Sex,” there’s something for everyone.

For more on those projects and other exciting premiere dates, check out the list below.

A lighter flick you might want to check out if you’re a dog lover is “3 Holiday Tails.” The movie is about a former couple whose relationship gets a little help from their furry friends. It premieres Sunday at 8/7c on Lifetime.

“Mean Girls” actor Jonathan Bennett and Alexa PenaVega star in “Christmas Made to Order” on the Hallmark Channel at 8 p.m. ET/PT. In this romantic flick, an architect hires a holiday coordinator to help bring some holiday spirit to his home.

Netflix brings fans of anime “Hi Score Girl,” an animated feature about a boy who is obsessed with games, but not so much school and sports. He ends up meeting a fellow student at the local arcade and she may be even be better at games than he is.

After you’ve feasted enough on Christmas Day, consider tuning in to Hallmark’s “When Calls the Heart Christmas Special” at 8 p.m. ET. Hallmark favorites Lori Loughlin and Jack Wagner star in the film that’s perfect for the family!

If you’re looking for something to watch during the day, ABC’s “Disney Parks Magical Christmas Day Parade” premieres at 10 a.m. ET. Performances by Gwen Stefani, Brett Eldredge and Andrea Bocelli are expected.

A number of exciting films are also arriving in theaters on Christmas Day!

Comedy’s favorite duo Will Ferrell and John C. Reilly are reunited in “Holmes & Watson,” where they team up as Sherlock Holmes and Dr. Watson to stop crime and solve mysteries.

The “Holmies” are back. See Will Ferrell and John C. Reilly in #HolmesAndWatson only in theaters this Christmas.

A more serious picture, Supreme Court Justice Ruth Bader Ginsburg’s new biopic “On the Basis of Sex,” is also out on the 25th. Felicity Jones stars as Ginsburg and Armie Hammer plays her late husband, Martin D. Ginsburg, in this film about fighting gender discrimination.

Another highly discussed film to consider: “Vice.” The Dick Cheney biopic that took over the Golden Globe nominations, with six nods. Christian Bale stars as the former vice president.

This Christmas, experience the untold story of the man who broke all the rules. Christian Bale is Dick Cheney in VICE. #ViceMovie

The second season of Netflix’s coming-of-age sitcom “Alexa & Katie” is out on the streaming platform on Wednesday. The first season of the series featured one of the main character’s battling cancer, and how she navigated the diagnosis — and high school — with the help of her friend.

Steve Coogan and John C. Reilly star as famous comedy duo Stan Laurel and Ollie Hardy in “Stan & Ollie.” Their friendship is tested in this story about love and comedic partnership.

New original Netflix series “Selection Day” is based on Aravind Adiga’s 2016 novel and tells the story of two young men in India whose father drills into them the importance of succeeding in cricket from an early age. In this series, one of the brothers doesn’t like the sport and rebels.

Want a recap of the year that was, well check out “Popstar’s Best of 2018,” hosted by Elizabeth Stanton and James Maslow at 9 p.m. The duo will count down the top moments of 2018 a few days before we ring in 2019!

Because you can really never get enough cheesy Hallmark romances during the festive season, catch Carlos PenaVega’s latest “A Midnight Kiss” at 8 p.m. A party planner falls in love while planning her family’s biggest job of the year, a New Year’s Eve celebration.