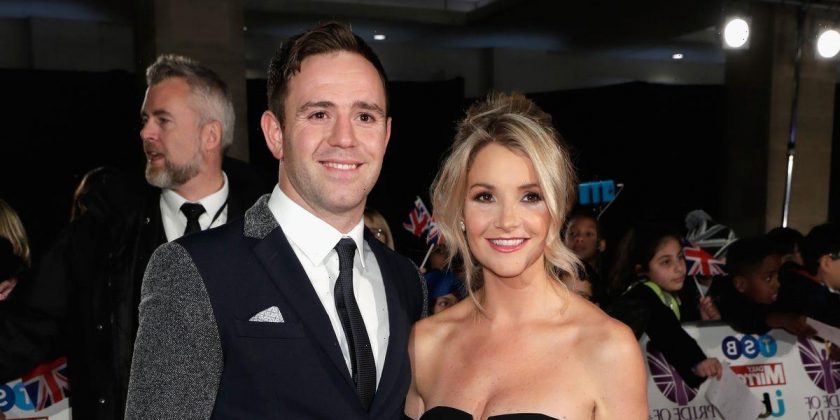 2021 was quite the year when it came to celebrity romances. From Zoë Kravitz and Channing Tatum to Travis Barker and Kourtney Kardashian, iconic couples popped up everywhere. In fact, it was also the year that Ben Affleck and Jennifer Lopez put the spark back into their 2000s romance.

But among all the good stuff, 2021 saw some devastating breakups too – Kim Kardashian and Kanye West separated, Gigi Hadid and Zayn Malik called it quits and Love Island favourites Kaz Kamwi and Tyler Cruickshank lasted just four months outside of the villa.

It seems like 2022 is following suit too. Here’s some of the stars who have already broken up this year…

Jason Momoa and Lisa Bonet made a decision to end their marriage in January.

Having married in 2017, the couple had been together for 16 years.

In a now deleted announcement shared on the Game of Thrones actor’s Instagram page, the couple wrote: “We share our family news that we are parting ways in marriage. We share this not because we think it’s newsworthy but so that as we go about our lives we may do so with dignity and honesty.”

The couple have two children together, Lola and Nakoa-Wolf.

A Place In The Sun presenterLaura Hamiltonrevealed that she and her husband of 13 years, Alex Goward, had gone their separate ways.

Taking to social media, the 39 year old posted a picture of a quote that read: “Don't cry because it's over, smile because it happened.”

Alongside the image, Laura wrote: “This isn’t something I ever thought I’d be saying but, after 13 years of being together Alex and I have separated.

“Our children are and always will be our number one priority and we would respect privacy for our family at this time. Laura.”

The couple married in 2012 and share two children – Rocco and Tahila – together.

After seven years together, Denise Van Outen shocked fans by announcing that she had split from fiancé Eddie Boxshall after he was allegedly found communicating with “other women”.

Writing on Instagram, Denise, 47, penned: “Over the past couple of months, there has been much speculation regarding my relationship with Eddie.

“It saddens me to confirm that we are no longer a couple. I had to make the difficult decision not to continue our relationship.

“I will always treasure the good times we spent together, and the memories made.

“We ask that you please respect our privacy at this time, especially for our children.”

According to reports, Strictly Come Dancing professional Nadiya Bychkova broke up with her fiancé Matija Škarabot.

The Strictly pro was engaged to Slovenian footballer Matija, with whom she shares five year old daughter Mila.

However, a source told MailOnline that the couple allegedly struggled to make their long distance relationship work.

“Matija is dedicated to his footballing career in Slovenia and Nadiya is predominantly based in London.

“Performing on Strictly and the Strictly Live Tour takes up half her year, in the end the commitment to their jobs made it too difficult for the relationship to work,” they said. After more than two years together, Delilah, 23, ended the relationship, wanting a fresh start in 2022.

“It was important to her that 2022 could be a fresh start and right now she wants to be single and focus on her career,” a source told the Daily Mail.

The couple first started dating in 2019 after the model saw Eyal on Love Island and sent him a DM.

Scott even infamously slid into Megan Barton-Hanson's DMs to criticise how she treated Eyal while on Love Island.

The pair, who have three children together, have not been seen pictured together since 2020.

Recently, Thandiwe has stepped down from her role in the Magic Mike franchise due to "family matters."

She has recently been photographed with toy-boy musician Lonr.

Just four months after giving birth to their third child, Helen Skelton announced that her and husband Richie Myler had split.

The 38 year old took to social media to tell fans that 31 year old Richie had left the family home.

She wrote: "Very sad to say that Richie and I are no longer a couple. He has left the family home.

"We will be doing our best to co parent our small children."

The pair have split after eight years of marriage after meeting in 2011 and marrying in 2013.

Alan Carr and Paul Drayton announced that they split after 13 years together and three years married.

The pair were married by close friend Adele in 2018 after almost a decade together.

Announcing the divorce via PA agency, the pair said they were separating "amicably."

Alan, 45, had supported Paul, also 45, when he "fell off the wagon" and began drinking again last year. On and off couple Katie Price and Carl Woods were rumoured to have called off their engagement earlier this year.

At the time it was alleged that 33 year old Carl had "branded her ‘a cheat and a player’ and told her he has had enough. He feels he can no longer trust her and it’s the end of the road", believing she had gone behind his back with another man.

However, the couple appear to be back on with the engagement, with 43 year old Katie sharing pictures of Carl to her Instagram.

It is reported that the the 63 year old singer was struggling to keep the romance with Ahlamalik, who is 35 years younger, alive with her busy schedule.

The pair first met when he joined her Rebel Heart tour as a backup dancer in 2015. They started dating four years later in 2019.

Madonna is allegedly keeping her social life busy after the split.

Safiyya Vorajee and Ashley Cain announced their split last month, a year after the devastating loss of their daughter.

The pair said they still "remain the closest of friends, spending time together everyday, and that we will love, care and support each other forever."

Safiyya, 33, shared the post onto her social media and has recently spoken out about the strong friendship they still share.

For all your updates on celebrity news, sign up to our daily OK! newsletter.