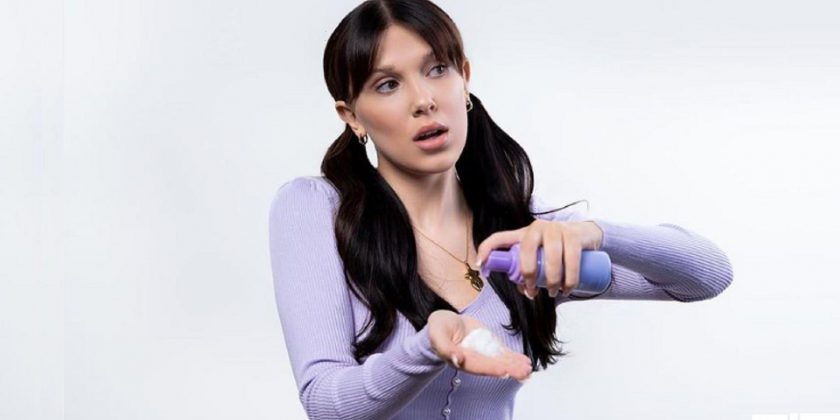 Eleven, a character played by British actress Millie Bobby Brown, is the series’ star, which debuted on Netflix in 2016. When Brown was nine, she made her acting debut in the ABC television series Once Upon a Time in Wonderland as Young Alice. She debuted as the lead in the BBC American series Intruders in 2014 and made cameo appearances on NCIS, Modern Family, and Grey’s Anatomy. Her major break, though, came with drama series Stranger Things in 2016. Her portrayal of Eleven turned out to be a career-defining role. Stranger Things star Millie Bobby Brown reportedly makes roughly $300,000 per episode, which raises her net worth. Her earnings from the third season alone totaled over $2.7 million. So, take a look at Brown’s spending habits.

RELATED: The Cast Of ‘Stranger Things’ Ranked By Net Worth

One of Millie’s first performances is in Once Upon a Time in Wonderland. The following year, she had an appearance on the television program Intruders. Additionally, Millie has appeared on American drama series Grey’s Anatomy, Modern Family, and NCIS. She casts in Stranger Things in 2016. Her performance as Eleven would be a turning moment in her career as she started to receive a respectable salary. In Godzilla: King of the Monsters, the award-winning actress made her feature film debut in 2019. According to reports, the actress received a salary of $1 million for her work in the film. For the sequel to Godzilla vs. Kong, the movie with the highest box office earnings during the COVID-19 pandemic era, Brown returned as Madison. On the second production, she most certainly made more money.

Brown is among the most talented young actors in Hollywood. And Brown took a break from her hectic schedule to unwind in the opulent setting of the SonevaFushi resort in the Maldives. The 15-year-old Stranger Things actress tweeted several pictures from the sun-kissed vacation to the spa, which offers beginning rates of $1,900 per night for a Crusoe Villa. Brown’s holiday follows her admission that the conclusion of the most recent season of Stranger Things left her annoyed as Eleven’s destiny was revealed. Brown described how the final episode’s forced separation of the gang put her fellow cast members in tears.

Additionally, Millie’s success allowed for more Netflix TV shows and productions. The Sun reported that Millie received $6.1 million to play the lead in the Sherlock Holmes universe movie Enola Holmes. The actress will also receive a guaranteed $7.5 million from the film’s future sequel. Brown gets a separate $500,000 payment for his services as a producer on the Enola Holmes movie. She is working on The Girls I’ve Been, A Time Lost, The Thing About Jellyfish, and three other projects. Fans curious about what the affluent and brilliant TV personality has planned for them will keep an eye out.

Although the prices of Millie Bobby Brown’s two mansions are undisclosed to the public, it is evident that they are pretty expensive from the numerous pictures and videos Brown has posted online of her residences. After all, it is known from those pictures and videos that Brown’s Atlanta home has a sizable garden and tall ceilings. Similarly, from the glances fans have seen of Brown’s London, England residence, it appears to be incredibly pricey. Which a regular rich celebrity would also buy for her family. These are some of the precious investments Brown makes.

Millie has provided brand endorsements for several companies throughout her career. She began her sneaker collection with Converse, one of the prominent brands. She launched a line of personalized jewelry in 2019 while collaborating with Pandora Jewelry and Vogue Eyewear. In 2018,Millie become UNICEF’s youngest-ever goodwill ambassador. On World Children’s Day, when kids all over the world band together to fight for their rights and assume leadership positions in politics, entertainment, and industry, Brown got the opportunity to be appointed. In this capacity, Brown’s job is to promote awareness of children’s rights and problems impacting young people, including illiteracy, the lack of safe spaces for play and learning, the effects of violence, bullying, and poverty.

Since she became well-known, it has been evident that Millie Bobby Brown is prepared to spend a lot of money to drive luxurious cars and live a trendy lifestyle that her eyes will gaze on. While Millie cannot make cars fly like her character Eleven, at least she can drive independently with her passed driving test. The young celebrity already owns a handful of vehicles, including a $70,000 Mercedes-Benz V-Class Marco Polo and a $27,000 Mini Cooper. She can also often be seen leaving premiere nights, award shows, and other social events in her Cadillac Escalade, worth close to $100,000.

Brown is one of the new, up-and-coming models flourishing in the business and possesses beautiful physical features. She was signed as a model of the renowned brand Calvin Klein when she participated in the By Appointment campaign in 2017. The young actress and IMG Models entered into a contract in 2017. Whether the firm also serves as Millie Bobby Brown’s agent is unknown. In 2018, she was featured in an advertisement for the Italian clothing brand Moncler. She also appeared in a Citigroup campaign in 2016. The model has starred in several music videos, including Girls Like You by Maroon 5 and Cardi B, Happy Anniversary, All I Want for Christmas Is You, and In My Feelings by Drake.

Designer purses are another item of clothing that Brown enjoys purchasing with some of her significant income. The rising actress matches her most fashionable looks with pricey accessories, including a $1,145 small GG bag with web and butterfly from Gucci, a $2,700 sheepskin handbag from Louis Vuitton, and a $505 cult micro bag by By Far. Every time Millie Bobby Brown appears in public, she wears incredibly fashionable and costly attire, even at her young age. Designers frequently lend celebrities clothing to wear in public, as anyone familiar with the celebrity lifestyle should know. Brown always posts pictures or videos of herself at home, frequently captured wearing fancy clothing, so she is more exposed.

Brown, a multi-talented woman, developed her beauty brand for two years as young as she is. Florence by Mills specializes in cheap, cruelty-free skincare and makeup; her family holds most of the company. Brown’s wealth results from her many abilities and skills over her career, which her age didn’t hinder. Fans will be interested to see where her endeavors take her and what her promising future holds because she has the rest of her life ahead of her.

Brown points out giving back despite her popularity and success at a young age. Through her cosmetics company Florence by Mills, she helped raise $40,000 for the Olivia Hope Foundation. The Unicef Goodwill Ambassador hasn’t forgotten her Bournemouth, United Kingdom, roots either; she recently gave frontline UK healthcare workers a donation of almost $20,000 to help them through the Covid-19 outbreak. The Screen Actors Guild Foundation, The LIV Foundation, and The Entertainment Industry Foundation are just a few of the charities Brown has given. Most notably, Brown seems to have spent much time and money on UNICEF since she gained notoriety. In actuality, Brown was the youngest person in history to be named a Goodwill Ambassador for Unicef, and while serving in that capacity, she even spoke before the UN.

READ NEXT: The Kardashian-Jenners Who Earn The Most From Their Own Business Ventures, Ranked