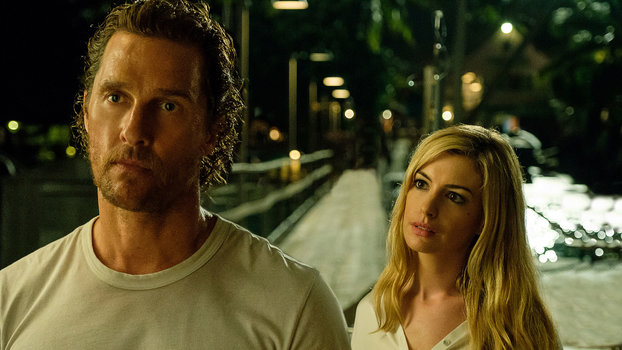 Another year means another fresh crop of cinematic delight, and we’ve already got our eyes on the 2019 movie schedule. In the whir of awards season, it can be easy to lose sight of the best of what’s on the horizon. But once the red carpets are rolled up and stowed, the gowns returned to their hangers, and statuettes placed on mantels, the whole cycle begins again. You might even call it the circle of life. Speaking of which, with The Lion King and Cats both hitting theaters next year, 2019 movies are already looking downright feline.

Now that Hollywood has proof that women-led films bring in better box office earnings than those starring men, hopefully we’ll start to see more movies like Captain Marvel (the studio’s first woman-led superhero film) and fewer ill-fated flops about bad men. This summer’s Ocean’s 8 may have been a touch underwhelming, but producers love to bet on known properties, and it was thrilling to see such an all-star female cast. The next big gender-swapped remake, What Men Want, puts Taraji P. Henson as the star of Nancy Meyers’ Mel Gibson vehicle. And the assemblage of stars set for Greta Gerwig’s Little Women movie is enough to make us count the days till next Christmas.

Original films from visionaries like Jordan Peele and Richard Linklater, starring a slew of award-winning actresses including Anne Hathaway, Cate Blanchett, Annette Bening, and — alert — Beyoncé, are also on the docket. (Bey may not have an Oscar or a Golden Globe — yet — but she surely ranks among the top five reasons to head to the theater in 2019.) Here’s a look at new movies coming out in 2019 that we straight up can’t wait to see.

Anne Hathaway and Matthew McConaughey star in this thriller set on a remote island where not everything is as it seems. McConaughey’s maverick fisherman is fixated on catching The One That Keeps Getting Away when a women from his past (Hathaway) asks him to feed her abusive husband to the sharks. Diane Lane and Djimon Hounsou are also on hand. Perhaps most importantly, the maritime setting provides ample reason for McConaughey’s tee shirt to be frequently wet or all the way off. Ahoy, captain!

Taraji P. Henson reading men’s thoughts to her advantage pretty much sounds like the perfect movie. (In fact, can we swap Henson into more Mel Gibson movies? She’d slay in Braveheart.) Henson plays a sports agent trying to get ahead in a male-dominated profession when she’s suddenly able to hear what all the men around her are thinking. Writer and director Tina Gordon Chism adapts the original story by Nancy Meyers, so here’s hoping for some real insight from women who know what it’s like to succeed in a field too often crowded with mediocre men.

RELATED: Once a Single Mom With a Dream, Taraji P. Henson Is Now a Hollywood Headliner

The Marvel Cinematic Universe is finally — finally — getting a woman-led superhero film, starring Oscar-winner Brie Larson as Carol Danvers, an ex-fighter pilot turned badass crusader. Set in 1995, the movie will trace Danvers’ origin story and battle to save the world from dueling alien worlds (you know, like you do). Women are represented behind the camera, too, both in the director’s chair and the story department — a hopeful sign we’ll get a rich, complex superheroine. Samuel L. Jackson, Gemma Chan, Annette Bening, and Jude Law also co-star.

Jordan Peele’s feature follow up to Get Out stars Lupita Nyong’o and Black Panther’s Winston Duke as parents who bring their kids on a beach house getaway with friends (including one played by Elisabeth Moss). Plot details have been kept deliberately scarce, but we know that as night falls, chaos descends with the arrival of uninvited guests. Peele is a proven master of social-horror, so expect this movie to spark crucial conversations about race in America, and quite possibly scare your pants off.

You’ve seen the teaser. You know the cast is lit. You may or may not be ready to experience Beyoncé as Nala. The latest in Disney’s slew of live-action remakes will bring back the circle of life in CGI 25 years after the animated classic’s debut. Rather than make ‘90s kids feel old, buzz around the feature has nearly everyone feeling young at heart. James Earl Jones will return as the voice of Mufasa (thank heavens), with Donald Glover as Simba and Chiwetel Ejiofor as Scar. Alfre Woodard, John Oliver, Seth Rogen, and Billy Eichner round out the cast.

Those of us who left our hearts in Yorkshire county when Downton Abbey stopped airing in 2015 will have the chance to journey back next year. Series creator Julian Fellowes wrote the story’s continuation, helmed by Michael Engler, a prolific TV director who has worked on fan favorites Sex and the City, 30 Rock, and Downton among many others. Nearly all of the original cast will return, joined by a crop of exciting new faces including stage legend Imelda Staunton. We last left the Crawleys in 1925, just three years before the British government granted universal suffrage to women over age 21, which seems like a safe bet for a plot point in this cinematic sequel.

Donna Tartt’s literary sensation gets the big-screen treatment with stars Nicole Kidman, Sarah Paulson, and Ansel Elgort. Director John Crowley (Brooklyn) helms this epic coming-of-age story about a 13-year-old boy who loses his mother in a terrorist bombing at New York’s Metropolitan Museum of Art. In the aftermath, he nicks his favorite little painting by one of Rembrandt’s disciples, and becomes infatuated with a little girl who also survives the blast. Tartt’s novel won the Pulitzer Prize for fiction, in case you need another reason to suggest it for your next book club. You’ve got just under 11 months to read the page-turner, but we’d bet it won’t take you nearly that long.

“Now and forever” goes the tagline to Andrew Lloyd Webber’s feline musical juggernaut. Though the forever part may have been a stretch (the show is no longer on Broadway), next year’s starry screen adaptation aims to change all that. Will Idris Elba don the musical’s signature full-body spandex, causing audience members to faint? Will we even recognize Taylor Swift, Jennifer Hudson, Rebel Wilson, or anyone else underneath all the whiskers and makeup? Will the plot, based on a series of loopy cat-centric poems by T.S. Eliot, be any less nonsensical? The anticipation is almost too much to bear.

Lady Bird stans and Timothée Chalamet devotees, gird your loins. Greta Gerwig returns to the director’s chair with a cast for Louisa May Alcott’s fan favorite that feels like a prestige fever dream: Emma Watson, Saoirse Ronan, Laura Dern, Meryl Streep, and — sorry… I blacked out for a minute. It’s a whole year away, but that doesn’t mean you can’t start daydreaming about Christmas with the March sisters.