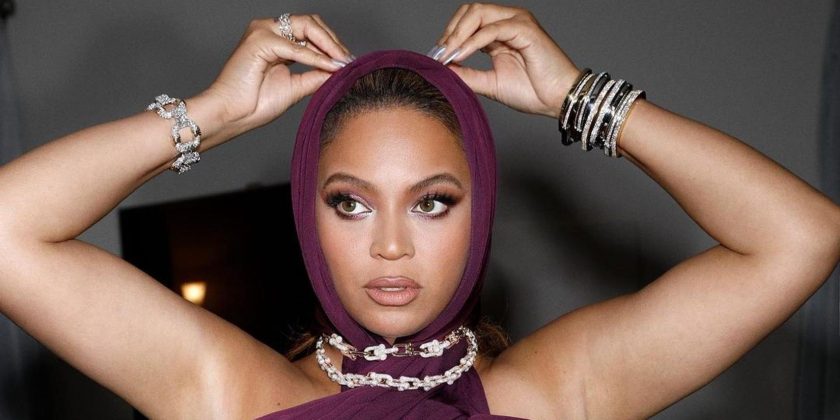 Diamonds have existed for over 1,000 years, and it wasn’t until later that royal families used the jewels as a part of their jewelry pieces and status symbols. The evolution of the diamond took many forms and shapes and slowly became accessible to common people everywhere. Over the years, the importance of jewels has only increased in value and cost, as the rarity of any gem makes it a highly sought-after commodity. Many notable jewelry brands like Tiffany & Co, Chopard, Eliantte, Cartier, and Lorraine Schwartz offer access to customizable pieces that can be made to order for special occasions.

With unlimited use of resources and wealth, A-listers spare no expense when proposing with a million-dollar ring or wearing a rare necklace unattainable by many. From Drake’s ultra-rare Frank Ocean chain to Jennifer Lopez’s green diamond engagement ring, let’s look at the richest celebrities who own a large collection of jewels and diamonds.

As one of the best-selling rappers of recent times, it is no surprise that Drake has a multi-million dollar jewelry collection. With a net worth of $250 million, he has made sizable purchases for necklaces and rings. According to GQ, his most expensive jewelry includes a custom OVO owl necklace ($120,000), Frank Ocean’s Diamond Homer Chain ($1.9 million), and a 100 Carat Heart Necklace ($1 million).

RELATED: The 9 Most Expensive Watches In Drake’s Collection

Hailey Bieber is the newest brand ambassador for Tiffany & Co. and has often been spotted wearing jewels from the Tiffany Lock collection that cost upwards of $6,800. At the same time, her engagement ring carries an eight-carat diamond costing $600,000. Along with jewelry, she also has diamonds in her Audemars Piguet white gold watch that retails at $140,000.

A rapper who does not hesitate to treat herself, Meghan Thee Stallion is often seen wearing chunky necklaces and pendants that highlight her outgoing and fun personality. In June 2020, she shelled out a whopping $425,000 to buy a necklace with the words Hot Girl as a diamond-encrusted pendant. More recently, she custom-created a diamond chain link and ring set from Eliantte.

A combination of royalty and personal pieces, Meghan Markle, has had an extensive jewelry collection since she became a part of the Royal Family. Some of her hand-me-downs include Princess Diana’s Aquamarine Ring ($92,000) and Princess Diana’s Butterfly Earrings ($10,000). Her engagement ring was made from a central diamond from Botswana and Princess Diana’s jewels and is valued at $350,000, as noted by Harper’s Bazaar.

Rihanna has been serving killer looks on and off the red carpet for many years, and the singer/business mogul has continued showing off her favorite jewels during public appearances. Her most notable bling includes Loren Stewart XL Diamond Chain ($600,000), Chopard Diamond watch ($1 million), and Briony Raymond Cross Necklace ($15,000).

Along with launching her collection with Tiffany & Co., Beyonce has also owned many notable diamonds in her collection. Known to favor Lorraine Schwartz, she has been spotted wearing the brand’s custom jewels since 2009. Her most precious diamond remains the custom Schwartz engagement ring Jay-Z gave her made from a 24-carat emerald diamond costing $5 million.

With a special affinity for jewelry, Migos’ member Offset has slowly increased his jewelry collection, which is worth $3 million today. His notable jewels include a Cross diamond necklace ($220,000), Lola Chain ($150,000), and a ‘Home’ Diamond Pendant Necklace (530,000). As mentioned by High Snobiety, one of his favorite jewelry pieces is the $500,000 engagement ring he bought Cardi B.

The creator of Young Money Entertainment, Lil Wayne, has always loved to add rare diamonds to his collection. He owns a diamond Chopard watch ($1 million) and CITA double-sided ring ($135,000). His notable diamond accessories include diamond braces ($150,000), Beats by Dr. Dre headphones ($1 million), and an iced-out lighter.

Jay-Z has an insane million-dollar jewelry collection, from diamond watches to chunky necklaces. He is best known for designing the Def Jam necklace worth $1.5 million and has given it to several notable rappers, including Kanye West. The most expensive jewel in his collection is a $5 million Hublot Big Bang watch made from 18-carat white gold.

Jennifer Lopez is a rare celebrity with equal amounts of affordable and one-of-a-kind jewelry in her collection. The artist has had several engagement rings adorned on her finger. Ojani Noa’s diamond ring ($100,000), Marc Anthony’s blue diamond ring ($4 million), and Alex Rodriguez’s emerald-cut ring ($5 million). Ben Affleck proposed to her with a unique green diamond engagement ring that cost upwards of $6 million, as stated by Cosmopolitan.

Other notable celebrities with extensive jewelry collections include Cardi B, Kim Kardashian, and Quavo. While some rappers buy diamonds as symbolic gestures, others love to splurge on custom-piece representing their identity and catchphrases. With the ever-growing love for jewels, more celebrities will add extravagant pieces to their collections.

READ NEXT: Shakira And 9 Other Celebrities That Were Convicted Of Tax Evasion