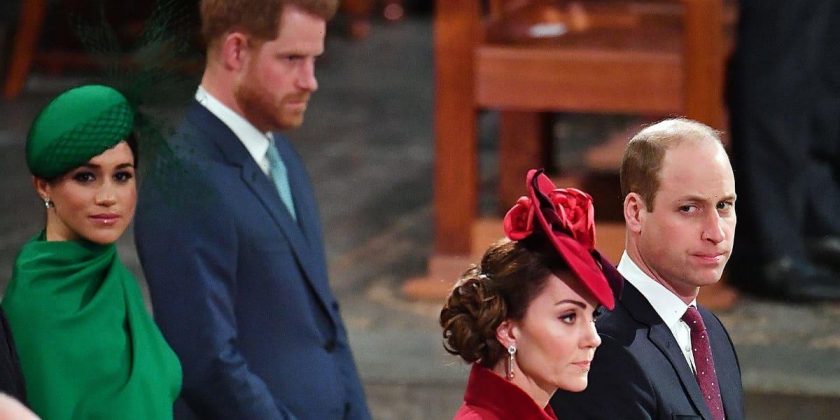 Prince William and Duchess Kate are set to move into Adelaide Cottage this summer, along with their three children, Prince George, Princess Charlotte and Prince Louis – but here’s why Prince Harry and Meghan Markle won’t be invited to stay at their new abode…

MORE: The real reason behind the Cambridges’ upcoming move

It’s not necessarily because of the so-called rift between the brothers and their families that the Sussexes won’t be hosted there, but quite simply because there is no room.

WATCH: Prince William reveals why he doesn’t like living with Prince Harry

The Cambridges are downsizing, going from their 20-room home, Apartment 1A at Kensington Palace, with nine-bedrooms to a four-bedroom property on the Queen’s Windsor estate.’

It is unknown if William and Kate’s children will be given a room each in the humble house, which would mean there wouldn’t be a free room for anyone to stay over.

The Windsor estate is where the Cambridges will reside

Reports reveal that the master bedroom has rather statement décor. According to The Sun, it features golden dolphins and ceiling rope decorations recycled from a 19th century royal yacht, creating an interesting nautical-inspired theme.

GALLERY: Duchess Kate’s former homes before and after becoming a royal

The historic home will also allow the family to spend more time with the Queen, and it means the family are much closer to Kate’s parents, Carole and Michael Middleton, who live in Bucklebury.

Prince Harry and Meghan Markle have their own UK base

It is also very close to the Sussexes UK home, Frogmore Cottage, which they have recently renewed the lease on. So when they are over from the US, it seems logical that they reside there, whether that be with or without their two children, Archie and Lilibet.

Prince Harry and Meghan have announced that they will be travelling to the UK in September, but their exact place of residence or visiting schedule is yet to be revealed.

Depending on Archie’s school’s term schedule, there is a chance that he could accompany the royal couple on their visit across the pond where they are making appearances for many charities close to their hearts.