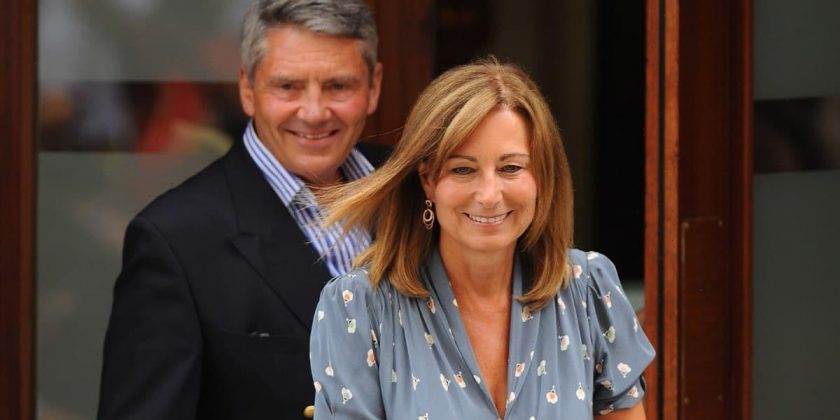 The royal moved there aged 13, and spent her teenage years in the £1.5million property named Oak Acre in Bucklebury village, but her parents decided to upgrade to the £4.7million Bucklebury Manor after they deemed it to not be private enough.

The property’s location had public access points which allowed passers-by to look in, and given their daughter’s new royal status, they didn’t want to take any risks.

Located in Berkshire, which ranked higher than Windsor in a recent ‘Best places to live in England’ list, the red brick exterior, Georgian-style windows and pointed roofs of their former home ensure it is in keeping with the area’s aesthetic.

Photos show it has manicured lawns, submerged flower beds and an abundance of trees. It’s also set within one-and-a-half acres of beautiful grounds.

All of Carole and Michael’s children attended Marlborough College, which is a 40-minute drive away from the area. The Middletons are still very settled members of the village, and Prince William and Kate Middleton even invited the local pub owner to their nuptials in 2011.

LOOK: Kate Middleton and Prince William’s student home where they fell in love Carole and Michael’s current home is a seven-bedroom Grade II-listed Georgian manor and is much more secluded. Kate’s brother James stayed there for a while during the pandemic, giving fans a glimpse inside its beautiful grounds. It is also believed that Prince George spent the first few months of his life at this idyllic countryside home when Kate was a new mother.

The Duchess now lives in Apartment 1A Kensington Palace, along with her husband Prince William and their children, Prince George, Princess Charlotte and Prince Louis. As well as their central London residence, the family has a country retreat in Norfolk called Anmer Hall. Considering the Duchess grew up in the countryside, we can only imagine that she very much enjoys the quiet surroundings of their second home.