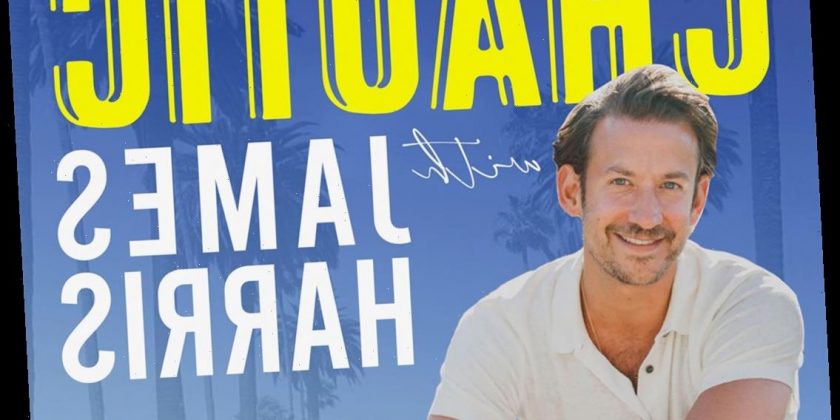 Million Dollar Listing Los Angeles star James Harris is ready to engage with fans in a brand new way — with his own original podcast!

The real estate expert, 35, will be launching Positively Chaotic with James Harris, a weekly podcast series featuring appearances from many of his famous friends, on August 25, PEOPLE can exclusively reveal. Some of his guests include Kelly Rowland, Real Housewives of Beverly Hills star Kyle Richards, Full House actress Jodie Sweetin and The Notebook director Nick Cassavetes.

And they won't just be dishing on real estate. According to a press release, Harris and his guests will “talk about the moments that changed their lives, lessons learned and all the chaos in between.” In addition to the traditional audio format, the podcast will also be available to watch on YouTube.

In the first trailer, above, Harris introduces the new series by calling his mom from his podcast studio and asking her about “my former life” growing up in London. His mom hilariously reveals that he was first expelled from school at age three, because he “didn’t fit in.” Describing her son as a child, she proclaims, “basically, you were a f—ing nightmare.” Now hugely successful as the principal of celebrity-favorite real estate brokerage The Agency — Richards's husband Mauricio Umansky is his boss —  Harris says that it’s the “chaotic paths” he’s taken that have led him to where he is today, and that his podcast will document the out-of-the-ordinary things that have made his guests who they are, as well.

“I have always had a positive outlook throughout my very chaotic life, and the more people I met along my journey, the more I came to realize that so many who have achieved great success approached their lives in a similar way,” Harris says in the press release.

“Partnering with the talented team of storytellers at Big Spark Studios to create this podcast has given me the opportunity to share more about my positively chaotic life, and the lives of many others in the public eye,” he continued. “The title seems so very fitting in today’s world, and I hope that Positively Chaotic with James Harris will be a great way to share inspiring memories, moments, and pivotal points in people’s lives and allow for many good laughs along the way.”

The first episode of Positively Chaotic with James Harris will be available on Apple, Spotify, and YouTube starting August 25, followed by weekly episodes.