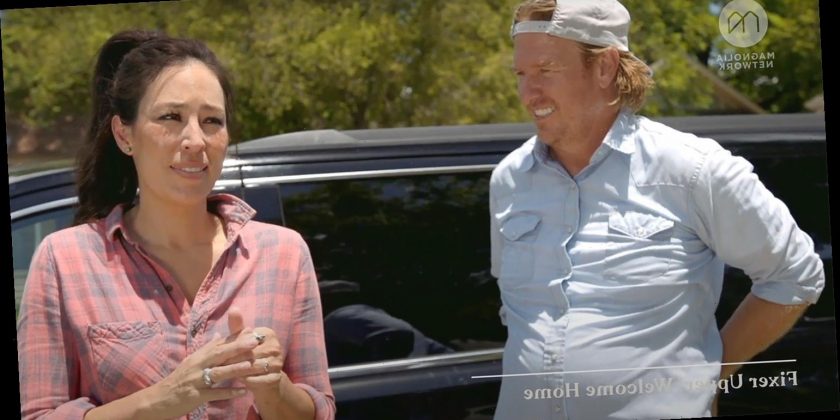 Chip and Joanna Gaines are back!

The trailer was released on Wednesday for the couple's forthcoming Magnolia Network, which will be home to a number of new shows including Fixer Upper: Welcome Home, a reboot of Chip and Joanna's hit HGTV series Fixer Upper, and Joanna's new cooking show, Magnolia Table with Joanna Gaines.

Before the Magnolia Network launches next year, select episodes of Welcome Home will be made available on Discovery's new global streaming service, which launches Dec. 4.

In the video above, Chip, 46, and Joanna, 42, share a sentimental moment as they prepare to step back into the home renovation spotlight.

"What did you do Chip?" Joanna asks her husband as they stand outside a house in need of renovation.

"I signed us up for another season of Fixer Upper," Chip happily says.

"Are you serious?" Joanna asks. But she doesn't stay upset for long. "Can I tell you a little secret?" the mom of five says. "I kind of missed it."

"Babe," Chip sweetly says to his wife as he grabs his tools out of the car.

As the determined couple walks off towards their next project, Joanna proclaims, "Let's do it!" The trailer also includes a look at Magnolia Table, which will follow Joanna in the kitchen as she shares her favorite recipes, where they come from, and why she finds herself returning to them time and time again.

"The fact that I get to cook in this kitchen feels like a dream come true," Joanna says in the clip.

Magnolia's sizeable slate of new programming also includes the documentary special The Courage to Run with Chip Gaines and Gabe Grunewald, which will see Chip meeting with Gabe Grunewald, a professional runner who died in June 2019 after battling a rare cancer. Together they set out to train for a marathon, and along the way find a friendship that alters Chip’s perspective forever.

The premiere episodes from 10 new shows from the Magnolia Network will also debut on Discovery's streaming service. Those shows include The Lost Kitchen, Family Dinner, The Fieldhouse, First Time Fixer, Home on the Road with Johnnyswim, Restoration Road with Clint Harp, Super Dad, Point of View, Self Employed and Growing Floret. Chip and Joanna decided to step away from Fixer Upper after five seasons on HGTV in order to focus on family and their businesses. “The day we wrapped our final episode of ​Fixer Upper,​ we really believed it was a chapter closed,” they said ahead of the show's comeback.

“We knew we needed a break and a moment to catch our breath. But we also knew we weren’t done dreaming about ways to make old things new again."