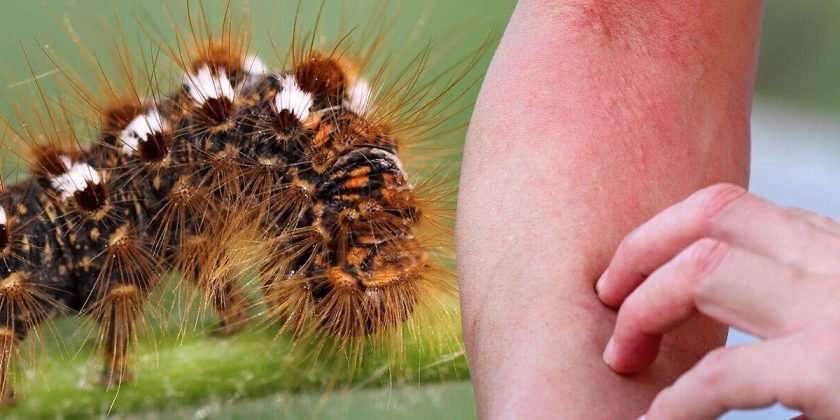 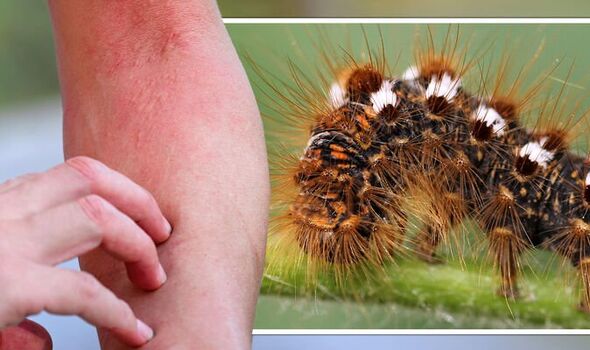 Keen horticulturalists are rushing to protect their gardens, their pet dogs and even themselves after sightings of the brown-tailed moth caterpillars in Dorset and Essex.

The distinctive-looking larvae feed on shrubbery, causing trees and bushes to lose their leaves – and their hairs can cause skin irritation and potential breathing problems.

They are even more hazardous to pooches, and can induce potentially deadly problems including digestive disorders and lesions.

As a result, online marketplace OnBuy has recorded a 995 percent increase in sales of caterpillar insecticide produces.

“The increase coincides with media reports that toxic brown-tail moth caterpillars have been spotted in several areas of the country.

“Brits have responded by rushing to purchase caterpillar insecticides – after all, it pays to be prepared.”

They emerge in springtime, multiplying in number as summertime approaches. They can usually be found in communal ‘tents’, spider-web like structures which serve as a nest for larvae during winter and which also provide shelter during bad weather.

Mr Tickner said other insects were also sure to emerge as the hot weather approaches.

He explained: “As we progress into spring and summertime, it is not just Brown-tail moth caterpillars that gardeners and pet owners have to be concerned about.

“A whole host of bugs and creepy crawlies are set to invade our gardens.

“While this is not necessarily a bad thing, as bugs are an integral part of local ecosystems, it is important to manage the potential problem carefully.”

The Royal Horticultural Society (RHS) says of the insects: “They are up to 30mm long, blackish with a white band along the sides.

“The body is covered with brownish hairs and at the rear end of the body there are two raised reddish tubercles.

“The hairs readily break off and can cause an intense irritation and rash on the skin.

“In some areas this moth is abundant and sometimes considered a public health problem, although it usually has little impact on the growth of trees and shrubs. Pupation takes place inside silk cocoons on the host plant during June and July.”

Speaking last month, a spokesman for KennelStore said: “When it comes to identifying a brown-tail moth, they have some features that make them easy to identify.

“Brown-tail moths are brown, have a white dotted line down each side, and have two red dots on the back of their tail, making them easily distinguishable.”

He added: “Dog owners should remain vigilant and avoid beaches and areas that are reporting outbreaks of brown-tail moth caterpillars to keep dogs safe.

“If you notice your dogs behaviour or health change, and you suspect they have ingested a brown-tail moth caterpillar, we advise taking your dog to visit a vet to get a check-up.

“Your vet will be able to advise further in terms of treatment and the course of action moving forward.”