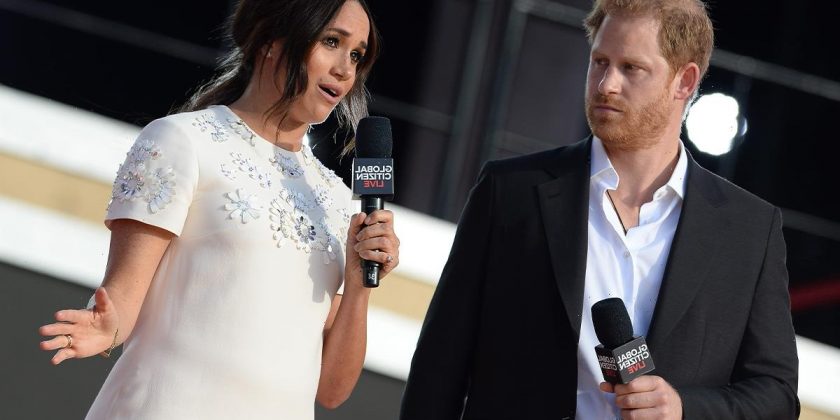 The Duke and Duchess of Sussex have lived in Montecito, Santa Barbara since July 2020, and there’s one particular privilege they had to forego when they made the stateside move, and that’s having royal neighbours.

When Prince Harry and Meghan Markle resided at Nottingham Cottage and then Frogmore Cottage in the UK, they had the peace of mind of being located within the grounds of an estate belonging to the Queen. Nottingham Cottage being situated within Kensington Palace and then Frogmore Cottage being within the perimeter of Windsor Castle. This meant that during their UK living, some of their nearest neighbours were in fact members of family.

Prince William and Kate Middleton currently live at Apartment 1A within the Kensington Palace estate meaning they were a stone’s throw away from Harry and Meghan when they lived at Nott Cott.

The Sussexes now find themselves without any royal neighbours, instead, they are surrounded by A-listers at their £11million pad.

However, this may not be so much of a bad thing in the eyes of the Sussexes – after all, they are friends with many of their A-list celebrity neighbours including the likes of Oprah Winfrey and Ellen DeGeneres.

PHOTOS: Meghan Markle’s former homes are nothing like £11m house with Prince Harry

The Sussexes have made a life for themselves in the US

During Meghan’s appearance on The Ellen Show, she even alluded to the fact that Ellen and the family met up for Halloween to celebrate together.

Power couple Katy Perry and her husband Orlando Bloom also moved into the area in 2020, forking out £10.4million for an epic Santa Barbara estate to raise their daughter Daisy Dove.

Ariana Grande and her husband Dalton Gomez have a seriously impressive £4.9million mansion in Montecito as well – and it’s so beautiful, it was the backdrop for their secret wedding.

MORE: Get Kate Middleton and Meghan Markle’s style for less in the Black Friday sales

Other well-known neighbours include Ashton Kutcher and Mila Kunis, Gwyneth Paltrow and Brad Pitt. Imagine being the postman in that zip code!