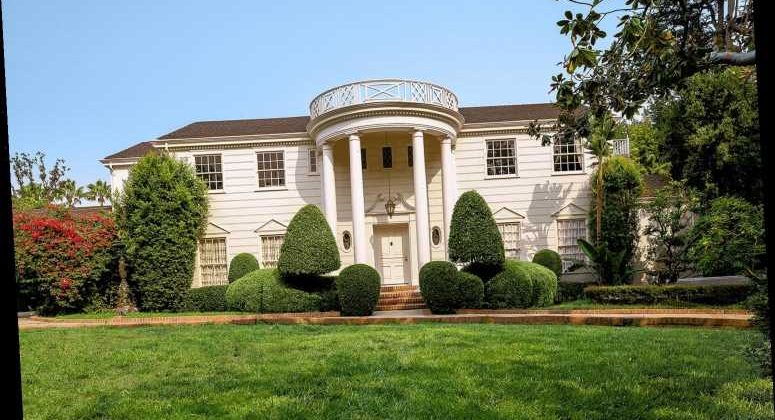 On Sunday, Airbnb announced that the iconic mansion from The Fresh Prince of Bel-Air is now available for rent through its site — and guests will be hosted by none other than Will Smith!

"If this place looks familiar that’s because it’s just as fly as it was when I first rolled up the driveway," the actor said in a statement on Airbnb. "I’m back. And this time, I’m handing you the keys so you’ll have my wing of the mansion all to yourself — but my sneaker collection is off limits, aight?"

Smith, who identifies himself as an "actor, producer, rapper, philanthropist, prince… and now Airbnb host" notes that the mansion's actual owners are allowing him to play host for the property for a limited time. "Some may say I’ve done it all, but I’ve never opened the doors to a wing of the iconic mansion that helped launch my career," Smith said. "It holds a lot of special memories for me and my friends, and I hope you’ll leave with memories (and a dope handshake!) to last you well beyond your stay."

Love what you’ve done with the place @willsmith. 30 years since “The Fresh Prince” rolled up to the show’s iconic LA crib, Will is opening the doors to his former kingdom for a limited time – only on Airbnb. The stay is available to Los Angeles County residents—click the link in bio for 👀 During the stay, the lucky guests will live in Will’s wing of the mansion, which includes his luxurious bedroom, a full bathroom, pool area, outdoor lounge and dining room.

They'll be allowed to "indulge in a few royal perks," like raiding Smith's closet for some of his iconic outfits, including a new pair of Air Jordans. Smith also assures fans that this will be "socially-distanced staycation" amid the ongoing coronavirus pandemic. The Airbnb is only open to groups of up to two people who are Los Angeles County residents and currently live in the same house. The mansion will also be cleaned and in compliance with all U.S. Centers for Disease Control and Prevention (CDC) and local COVID-19 guidelines.

Fans that meet the qualifications can request to book the Bel-Air mansion starting at 11 a.m. PT on Sept. 29, according to Travel and Leisure.

Airbnb will also be making a "one-time donation" to a local organization in Smith's hometown, the Boys & Girls Clubs of Philadelphia, which is "a program that supports youth, including those in greatest need, by offering development and skill-building programs, recreational activities and empowerment tools."

Today is exactly 30 YEARS since The @FreshPrince of Bel-Air debuted! So we’re doin’ something for y’all… a for real Banks Family Reunion is comin’ soon to @HBOmax! RIP James. #FreshPrince30th

Over the weekend, Smith further commemorated the show's anniversary by revealing that “a for real Banks Family Reunion is comin’ soon” to HBO Max.

Fresh Prince, which premiered in 1990, followed Smith's character Will after his mom sent him away from Philadelphia to live with his Uncle Phil in the wealthy neighborhood of Bel-Air.