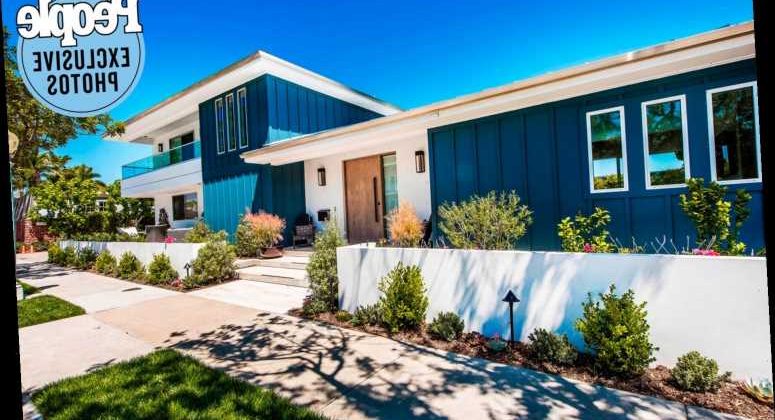 Tarek El Moussa and Heather Rae Young are pros at keeping their cool when everything doesn’t play out quite as planned.

After nine months of dating, the Flip or Flop star, 38, and Selling Sunset realtor, 32, were ready to say goodbye to the Costa Mesa, Calif., bungalow they had been living in — El Moussa’s “bachelor dad pad” he bought after splitting from his ex-wife (and current HGTV co-star) Christina Anstead in 2016. “It was sad to move on,” allows Young. “But we were really excited to get something together and make it our own.”

The couple put in an offer on a new property they thought would be their dream home, but after selling Tarek’s old house in just two days, the deal fell through, leaving them with no place to live. Their quick fix ended up being a boon for their blended family: a beautiful Newport Beach rental just a block from the ocean.

“We’re used to things being thrown at us,” Young adds. “So it was just another challenge.” It’s one that El Moussa, who also hosts a new solo show, Flipping 101, now sees as a blessing.

“I’ve been in real estate a very long time, and you learn new things every day,” he says. “I never thought by living in a different location, it would change the way you live.” Despite being decorated with homemade gifts from the kids — including seashells, stuffed animals and a Mother’s Day collage in the shape of the letter 'H' that Taylor made for Heather — Young still describes the room as “sexy” and “very romantic.”

While they know their time in this house is temporary, the family is grateful to have a fresh start together. “In selling my old home, I let a piece of the past go,” adds El Moussa. “It was a very defining moment in my life. But now it’s time to move on to the next chapter. And that’s right here.”

For more on El Moussa and Young watch the full home tour above and to see exclusive photos, check out the latest issue of PEOPLE now available