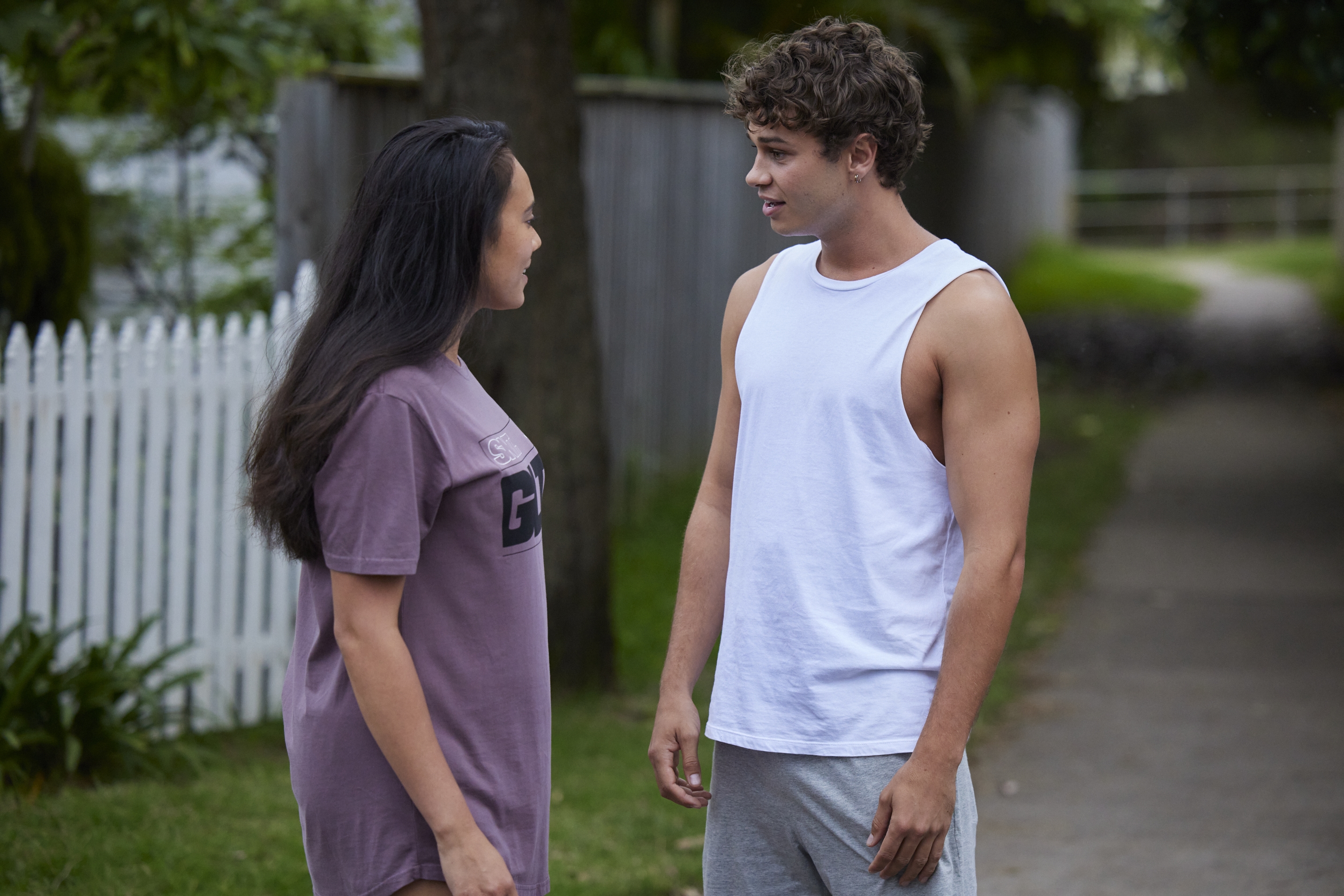 Theo (Matt Evans) and Kirby (Angelina Thomson) have recently embarked on a secret romance, unable to suppress their feelings but being aware that Remi (Adam Rowland) and Eden (Stephanie Panozzo) have banned relationships within the

band. When Theo has the house to himself, he immediately invites Kirby over. When Kirby gets the text from Theo, she rushes out of the house, making unconvincing excuses to Eden and Remi’s bemusement.

At the house, Theo is keen to get down to business, but Kirby lays down some ground rules – especially because they need to perform at gigs together. They agree to conceal their feelings in public and make the most of their secret time together.

However, the fun is cut short when Justin (James Stewart) walks through the front door and sees Theo in his boxers in the kitchen with Kirby!

The new couple explains the band rules to a confused Justin – they’re not allowed to hook up with other band members, so he needs to keep it a secret.

Justin agrees, with one condition – they need to keep the romance in the bedroom, not the kitchen! Theo is confident that his aunt’s boyfriend won’t spill the beans, but Kirby is worried – their secret is getting out of hand already.

Later, at the Salt gig, Theo and Kirby have to put their own rules to the test and pretend they’re just friends in public. The band puts on a good performance, but Theo can’t resist a few extra glances in Kirby’s direction. When they sing some of the more romantic songs, they struggle to hide their passion for each other.

When the band takes a break, Justin warns the pair they need to cool it – it’s clear to anyone watching that there are sparks between them. Kirby and Theo begin freaking out and agree to apply the brakes.

What if Remi and Eden noticed, and they’re waiting for the right moment to corner them about breaking the rules?