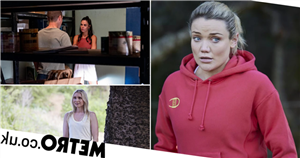 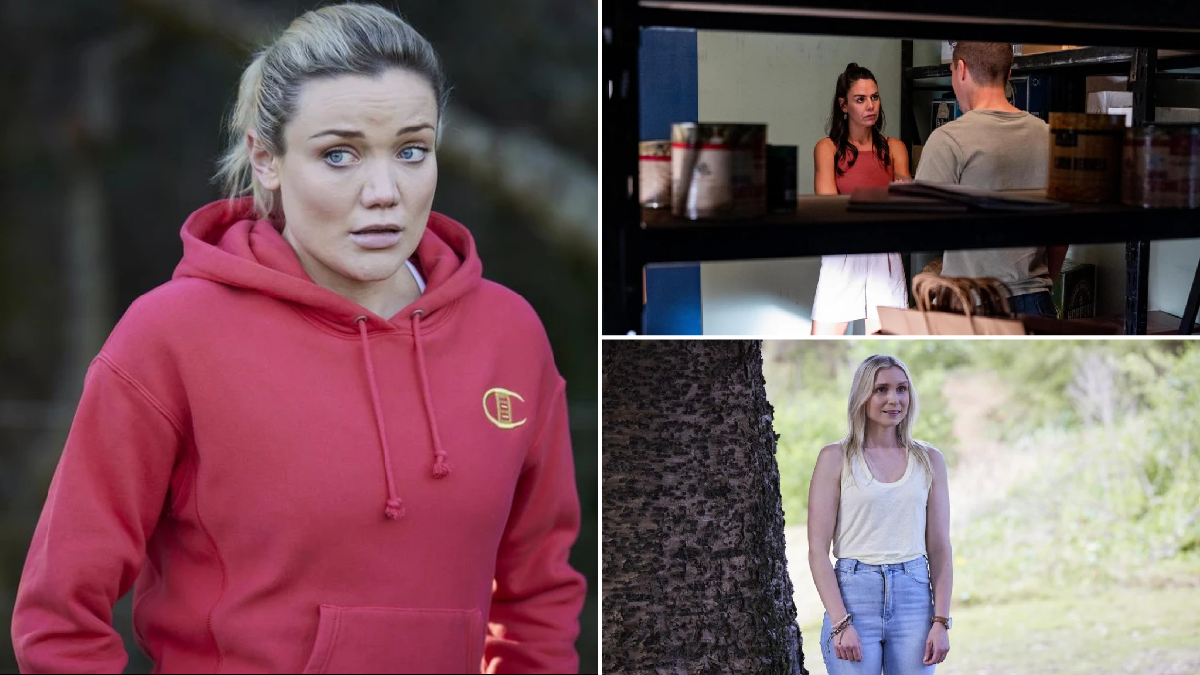 This week on Home and Away, the Paratas are struggling without Ari (Rob Kipa-Williams). Knowing he is likely facing a life sentence in prison, Mia (Anna Samson) is feeling helpless and Chloe (Sam Barrett) is both traumatised and filled with guilt. Dean (Patrick O’Connor) gives Mia some sage advice about what Ari would want, but right as she tries to unite the family she gets some heartbreaking news from Ari’s lawyer…

Meanwhile, Alf (Ray Meagher) is on the warpath – he’s convinced that Theo (Matt Evans) manipulated Ryder (Lukas Radovich) into the Buried Alive prank and wants to see Leah’s (Ada Nicodemou) nephew punished. However, his plan to press charges for attempted murder don’t go to plan – Cash (Nicholas Cartwright) reminds him that being an idiot isn’t a crime! That doesn’t stop Alf, however, and it isn’t long before the police show up to get Theo for a different reason…

Here’s what’s coming up this week on Home and Away.

Ari has been immediately sent to a remand centre without the chance to be released on bail due to his criminal record, and in his absence, reality begins to set in for the Paratas. Mia tries to comfort Chloe, but she is consumed by guilt and pushes her mother away. Meanwhile, Nikau is furious that Ari won’t accept Mia’s offer to submit a statement in a bid to reduce his sentence. Mia and Tane stage a family intervention to try and unite everyone, but Mia’s suggestion that everyone goes to visit Ari that weekend goes down like a lead balloon. To make matters worse, Mia then receives news from Ari’s lawyer that leaves her feeling broken…

Mackenzie offers to let Neve move into the Pier Apartment

Mackenzie is left rattled when Logan shows up in Salt with a woman he claims is his ex, Neve. Not only does he have a long shared history with her, she is also a qualified medical professional who served in the army like her boyfriend. How can she compete with that? Later, Neve tries to clear the air by apologising for kissing Logan, but Mackenzie is stunned – there was a kiss?! After the awkward conversation, she confides in Bella and says she needs to take control of the situation – she’s going to move Neve in with them so she can keep an eye on her.

Logan and Neve are surprised when Mackenzie offers to have her boyfriend’s ex come and live with them. However, they agree to the situation and Logan is grateful to his partner, saying that he will put in the work to help Neve with her trauma. Neve is insistent that she’s fine – but when she and Logan are walking along the beach, they stumble across an injured swimmer. Logan rushes to help, but when Neve sees the blood from the wound she descends into a traumatised state. At home, Neve reveals the memory that haunts her – the moment she thought Logan was going to die on her operating table.

Felicity sweet-talks Mackenzie into a job at Salt

Felicity has been without a job since quitting her role at the nightclub – the place holds too many bad memories and she doesn’t trust an employer who hires people like her murderous ex-friend Anne. When she hears that Mackenzie is down a staff member at Salt, she immediately begins vying for a job. Mackenzie reluctantly agrees to interview her, but the situation quickly changes when she has to rush out and find Logan and Neve. She quickly asks if Felicity has her bartending qualification, and when Felicity confirms Mackenzie spontaneously hires her – no interview or references, and she can start right now!

Mia is trying to unite her family by getting everyone to participate in a group visit to see Ari at the remand centre during the weekend, but not everyone is on board. Mia’s own strength is then challenged when she receives a bunch of paperwork from Ari’s lawyer. It reveals that Ari has signed over his share of the gym to Tane. Right as she was trying to build up hope, she receives a sign that Ari is resigned to his fate. He’s putting his affairs in order and preparing for a life sentence in prison.

Alf has had a gutful after Theo’s numerous attempts to apologise following the disastrous Buried Alive prank which saw Ryder rushed to hospital. He is certain that Theo manipulated Ryder into the situation, and goes to the police station so he can press charges against the boy for attempted murder. However, Cash immediately says that isn’t going to happen. He’s seen the prank videos himself, and Ryder is just as responsible. If Alf can come up with an actual crime Theo has committed, they can revisit the subject. Alf is left with food for thought…

Ryder begins suffering from panic attacks after the coffin prank

Roo tries to talk Alf around as his vendetta against Theo continues. She persuades him to watch the prank videos, saying that they were both too preoccupied with Martha to properly keep an eye on Ryder. However, Roo’s plan backfires as Alf unleashes his outrage on Ryder the moment he returns from hospital – what was he thinking?! Ryder leaves for a walk with Roo, but he suddenly becomes overwhelmed and insists he can’t breathe, immediately being taken back to his memories of being in the coffin and running out of oxygen…

Theo is arrested for an unexpected reason

Theo and Ryder have made the decision to delete the video pranks channel, and Theo begins to feel hopeful about the future. He hops into his car and puts on an upbeat tune before preparing to drive off. However, he’s barely put the car in gear when a police car shows up. An officer says he’s under arrest for vehicle theft, and Theo is incredulous. He’s already got a car – why would he steal one? However, the officer says this isn’t about a car – he’s under arrest for stealing the Surf Club Polaris.