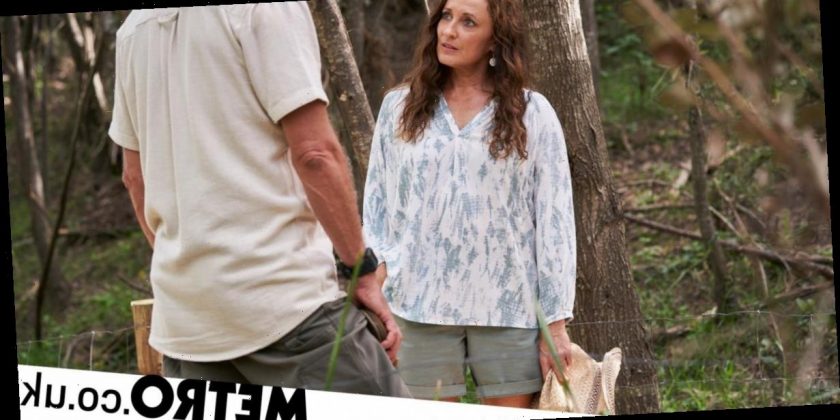 It hasn’t been long since Roo (Georgie Parker) showed up in the Bay without warning, shocking her friends – who thought she was off on a trip with her new love Owen (Cameron Daddo). They are further confused when she refuses to offer any details on her time away – or reveal where Owen is.

Spending time away from Leah (Ada Nicodemou), Marilyn (Emily Symons) and Alf (Ray Meagher) due to their questions, her behaviour leads to her loved ones becoming increasingly convinced that something bad must have gone down between her and Owen.

Alf in particular is practically convinced that Owen must have hurt Roo in some way for his daughter to be behaving like this – so when he, Martha (Belinda Giblin) and Marilyn are having breakfast one morning, the last person he wants to see is Owen himself.

However, he appears on their doorstep and insists he needs to speak to Roo. Marilyn excuses herself to call Roo, and she frantically tells her friend to make up an excuse. Roo then springs into action, getting Ryder (Lukas Radovich) to distract Owen so she doesn’t have to see him.

Owen quickly realises what Roo’s game is, and makes it clear he’s not leaving until he sees her. Confused by Alf’s frosty reception, but determined to have the conversation he desires, he waits until the pair finally bump into each other. It’s time to talk…