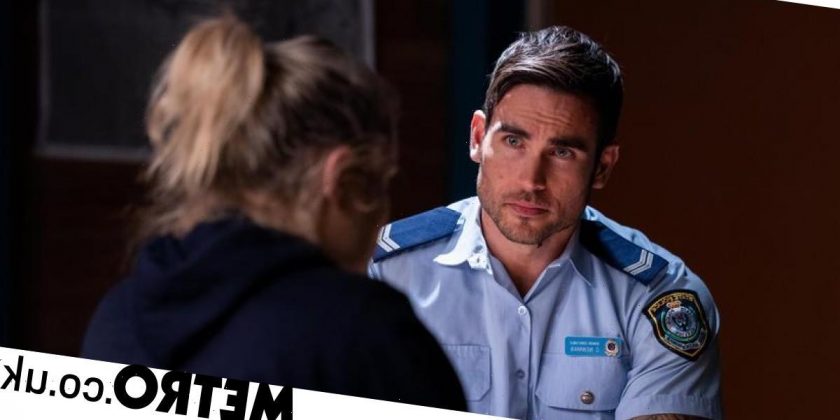 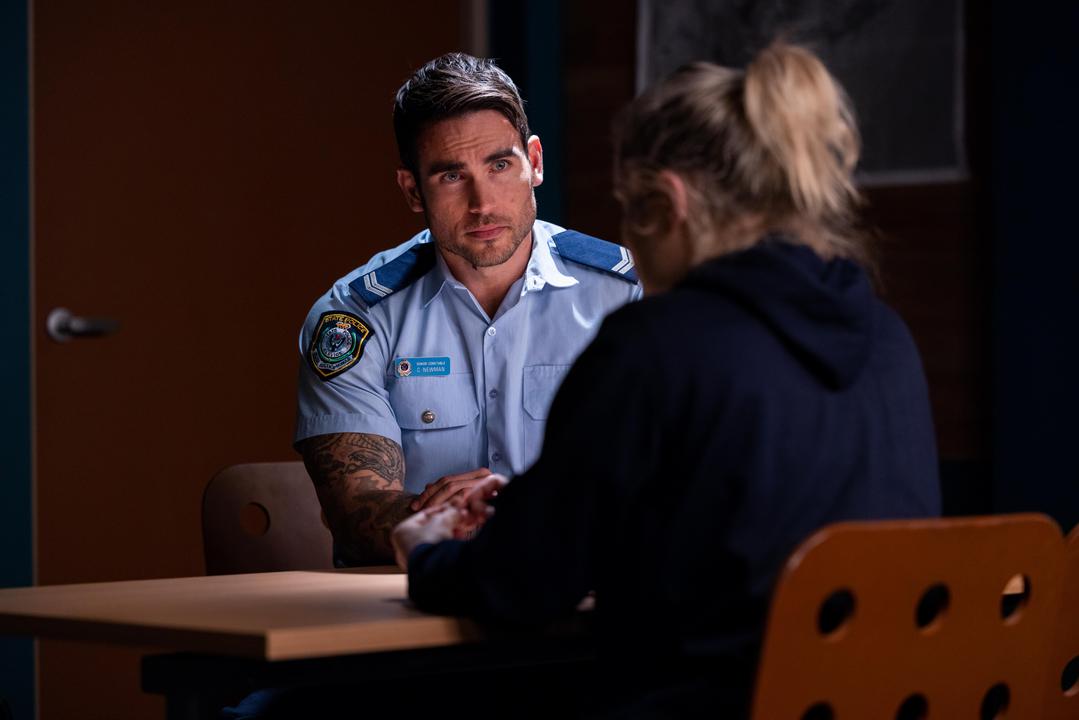 Mia (Anna Samson) has been plunged into an impossible situation in the aftermath of a sudden altercation with Chloe’s (Sam Barrett) biological father Matthew (James Sweeny), which resulted in Chloe desperately trying to save her mother from Matthew’s violent actions by smashing a brick over his head.

After bundling Matthew’s body into the back of his car and driving it away, it isn’t long before the speeding vehicle catches Cash’s (Nicholas Cartwright) attention and he is soon giving chase. Mia is in a panic and sees that Ari (Rob Kipa-Williams) keeps trying to call her, but she is determined to get away and focus on driving.

However, Cash calls in for backup once he sees how fast the vehicle he’s following is capable of going, and Mia is soon dismayed to see her way ahead blocked by a row of police vehicles. She is forced to stop, and when Cash asks the driver to get out of the vehicle he is shocked to see a shaking Mia emerge.

His suspicions are aroused when he notices streaks of blood on her clothes, and he says he must carry out a vehicle search. Mia quickly realises the game is up, and pleads with him not to do it. However, her panic only makes Cash more suspicious and he begins opening the doors to look inside the car.

Eventually, he asks Mia to open the boot, but she refuses. Cash takes matters into his own hands by reaching under the steering wheel and unlocking the boot himself.

When he lifts it up, Mia’s secret is exposed, and Cash looks over at Mia in incredulous disbelief as he realises he must now arrest her for murder…