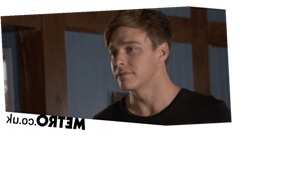 Bella (Courtney Miller) and Colby (Tim Franklin) planned to go straight to court on the day of Irene’s (Lynne McGranger) trial, but Bella suffered a panic attack at the thought of reliving her assault from Tommy (Adam Sollis). She tells Colby that the trauma is too raw for her to talk about, let alone in front of a judge and jury, while Colby says that what Tommy did isn’t her fault.

Despite feeling unable to testify, Bella also worries about Irene if she isn’t there for her. What’s more, she’s worried about messing up her testimony, especially with everyone staring at her and thinking she’s stupid if she gets it wrong. However, Colby says that court is only for a few hours – and Tommy won’t be there, so she won’t have to face her attacker.

Eventually, the pair arrive at court, and Bella takes the stand. Leah (Ada Nicodemou) tells a panicked Colby that Tommy has shown up. Colby can’t tell Bella in time, so she sees him as she sits in front of the judge and jury…she falls silent and can’t take her eyes off him.

Bella begins her testimony, but struggles to answer the lawyer’s questions and begins to break down, finding it too hard to relive the traumatic memories of Tommy’s assault. Overcome with anger at what Tommy put his little sister through, Colby explodes. He’s restrained by security and thrown out of court while Bella cries.

Standing on the steps of the courthouse, Colby is humiliated for not controlling his anger. Meanwhile, the lawyer says that the court is adjourned for the day – so Bella will have to relive giving her testimony and facing Tommy tomorrow. When Colby finds out, he tries to tell her that he’ll make sure Bella won’t have to speak in front of Tommy. However, Bella turns on him, saying she doesn’t want him there tomorrow and he’s messed everything up. Colby is left devastated…