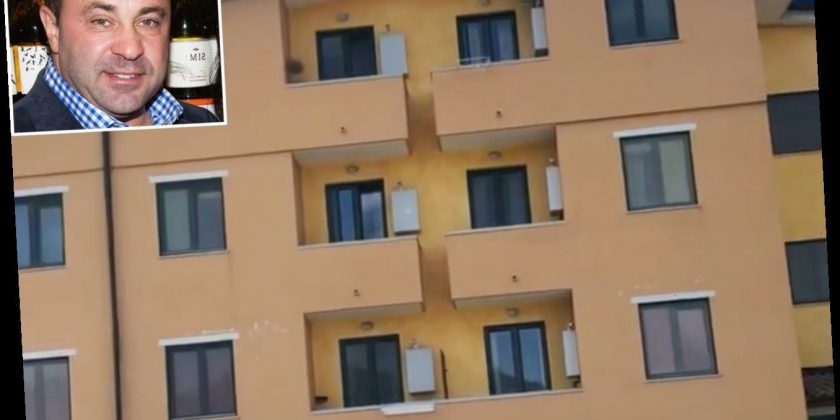 Joe Giudice has settled into his humble Italian residence — and he’s giving fans a tour of his living space.

The Real Housewives of New Jersey star, 47, posted a series of videos on Instagram over the weekend, during which he takes followers throughout his apartment  in Italy.

Giudice is currently living in the European country after being released from Immigration and Customs Enforcement custody last month. He is now awaiting a final deportation ruling.

“Where I live,” he captioned one video that showed the exterior of his apartment complex and its parking lot, calling it a “gated community.”

Inside the apartment, Giudice walked through his new home, showing fans his simple bedroom, office area, kitchen — including his “ugly” floral tablecloth — and bathroom–slash–laundry room.

The reality TV personality noted a few culture-shock lifestyle adjustments, including a toilet with no seat (“That’s how they do it here.”) and air-drying clothing (“No driers here in Italy.”).

At the end of the tour, Giudice stood on his balcony, admiring the view of the mountainside while sharing his feelings about where he is for the time being.

“I start work next week, I’m very excited — life is good,” he said. “Wish I was home, but this is better than where I was.”

After serving a 41-month prison sentence for mail, wire and bankruptcy fraud, Giudice was released last March but was being held in ICE custody at the Clinton County Correctional Center in Pennsylvania, while he waited for a decision on his deportation ruling.

In October, an immigration court ruled to deport Joe to his native Italy after his prison sentence. (Even though he has lived in the United States since he was a child, he never obtained American citizenship, and immigrants can be deported if they are convicted of “a crime of moral turpitude” or an “aggravated felony,” according to U.S. law.)

Judges granted Joe Giudice‘s request to be released from ICE custody and move to Italy, where he continues to appeal his deportation order. He had already been denied his original request to be released to the New Jersey home he shares with wife Teresa Giudice and their four daughters: Gia, 18, Gabriella, 15, Milania, 14, and Audriana, 10.

Giudice previously said he “can’t wait” for his children to return to Italy for a planned Christmas get-together. Earlier this month, the “Italian strong” family reunited in southwest Italy‘s Sala Consilina.