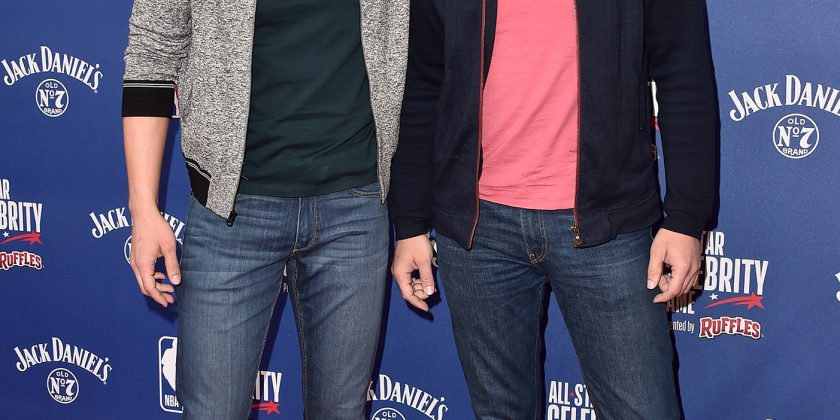 The Property Brothers are expanding their empire.

Twins Drew and Jonathan Scott, 40, are developing a sitcom to air on FOX. The scripted show will be about their lives and is based loosely on the memoir they coauthored, It Takes Two.

“I can’t give you too many details,” Jonathan told PEOPLE at the Pins & Properties Brunch hosted by Chase, Pinterest and the Scott Brothers. But he can reveal, “It will take place before we landed our show.” The Scotts currently host several successful series on HGTV, but before they found fame in the home renovation game, they dabbled as actors, game show hosts, and, in Jonathan’s case, a Las Vegas illusionist.

“There’s so much to make fun of in the home space … It’s really actually been quite a wild ride,” Jonathan adds of the show’s subject matter. “There are a lot of characters that are based off our real lives. That will be really wild.”

Drew adds that the pair is collaborating with the Tannenbaums for the project, the producers who helmed Two and a Half Men.

“They’re amazing when it comes to sitcom and scripted,” he says. “And that’s my background, too, as an actor and director. I love scripted and I love that we’re getting back into it.”

The show does not yet have a release date.

After the reality stars joke that they’re hoping to cast the likes of George Clooney and Brad Pitt to portray them, they share that the main characters will actually be fraternal twins — not identical like the Scotts.

“It’s based on us, but it’s not to the T,” Jonathan clarifies as Drew hops in: “You could do the thing they did with the Facebook movie and just use CGI. A lot of people think that Jonathan is CGI. They think that there’s only one property brother.”

Jonathan quips in response, “But how can he be so much better looking?”

The brothers also note that they don’t look as much alike as they did when they were kids. “When we were little, our parents couldn’t tell us apart from the side or the back, they had to look at us straight on,” says Drew. “Even our voices, we fool ourselves. When we started our business way back, we shared a business cell phone. He would have it half the time, then I would take it half the time.”

Professional projects aside, the brothers have a lot going on in their personal lives, as well. Drew, who married wife Linda Phan in Italy this past May, told PEOPLE in October that he’s excited to start a family, but he’s not sure just how big of one he wants.

RELATED VIDEO: Drew Scott Opens Up About Expanding the Family With Wife Linda: ‘I’m Excited to Have Kids’

“We don’t know — do we want to have two, four, 15? We don’t quite know,” he told PEOPLE, adding, “We look forward to having kids. No screaming rush. We have nieces and nephews that we get a lot of our playtime with, so for now, we can get them hopped up on sugar and then pass them back to the parents.”

Jonathan, on the other hand, split from his girlfriend Jacinta Kuznetsov in April. She announced she was engaged earlier this month. Still, Jonathan is optimistic about finding his own partner.

In October, he told PEOPLE, ” I think the right person will come along when they come along. Other than that, I haven’t really put any thought into it. For me, it’s not a focus right now.”