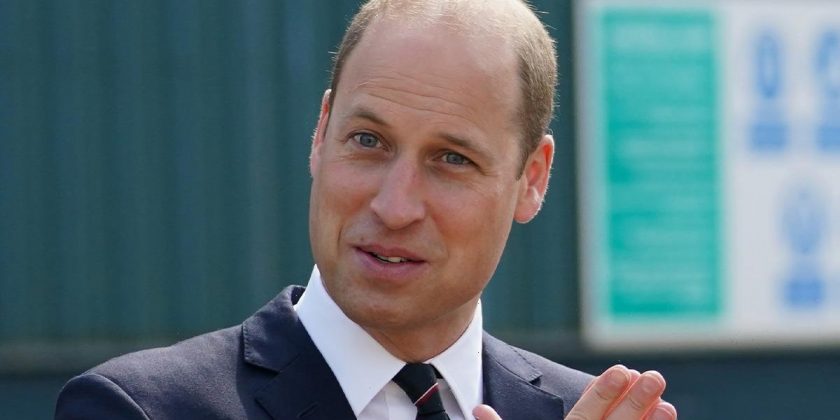 We’ve been treated to lots of glimpses inside the Duke and Duchess of Cambridge‘s main residence of Kensington Palace thanks to many virtual appearances over the last 18 months.

WATCH: Kate Middleton and Prince William’s YouTube channel has to be seen

Prince William‘s recent video to promote the Earthshot Prize (environmental awards) revealed a sentimental ornament of an elephant with an extra special meaning.

The large silver piece could be made out behind the Duke as he sat speaking to the camera from one of the light and airy regal rooms. This gorgeous ornament could be an heirloom or perhaps a newer addition for their family home, but its significance is down to the animal.

A silver elephant can be seen behind Prince William

Both William and his wife Kate have a love for wildlife, particularly elephants. During their royal tour of India, they fed baby elephants at the Centre for Wildlife Rehabilitation and Conservation at Kaziranga National Park.

WOW: Kate Middleton and Prince William’s London home is another scale of luxury

In ITV’s Prince William: A Planet For Us All, the royal spoke out about the cruel hunting of elephants for their tusks. He sees hope in future generations though, reporting: “The young are really getting it. The younger generation are wanting more and more people to do stuff and want more action.”

The couple also got engaged in Kenya, which is a destination known for its elephant population. In a speech at Buckingham Palace, William said: “The African continent holds a very special place in my heart,” the royal said, as Kate stood in the audience. “It is the place my father took my brother and me shortly after our mother died. And when deciding where best to propose to Catherine, I could think of no more fitting place than Kenya to get down on one knee.”

Prince Charles even has elephant statues at his home

We know that the Cambridges, along with their children Prince George, Princess Charlotte and Prince Louis are big animal lovers and Kate Middleton even held a tarantula earlier in the week. William was keen to hold a snake at the same event, but we didn’t catch a glimpse of him near the spider.