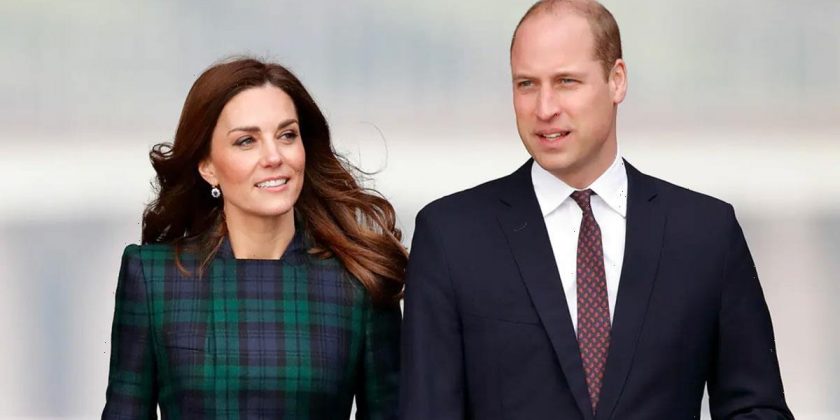 The Duke and Duchess of Cambridge shared a rare glimpse of their elaborate front entrance to Kensington Palace on Sunday, encouraging royal fans to share some hilarious reactions to their Instagram post.

SEE: Kate Middleton and Prince William’s London home is another scale of luxury

“Caption this”, read the caption on the royal duo’s official Instagram account, which showed a rather cheeky looking Prince William peering out a grand panelled door leading out onto several marbled steps.

WATCH: A look inside the jaw-dropping royal residences

Dermot O’Leary and Clara Amfo also made an appearance in the photo, standing beneath the large entryway where Prince William stood.

Behind the door revealed a grand chandelier offering out a warm glow, whilst other behind-the-scenes photos posted to @earthshotprize’s Instagram account showed a palatial gold-rimmed mirror directly behind the front door.

Royal fans were asked to ‘caption’ the photo themselves

“Fun behind the scenes at Kensington Palace with Prince William and the fantastic hosts of the first-ever #EarthshotPrize Awards!” read the caption.

Royal fans were quick to think of witty responses for the photo’s caption, rushing to the comments section to leave their hilarious remarks. “Can you sign for this Amazon delivery please?” wrote one fan, whilst another penned: “Someone’s knockin’ at your door. Someone’s ringing the bell”.

Our favourite caption, however, had to be: “It’s too early for carol singers!”

The Duke and Duchess of Cambridge’s main place of residence is Apartment 1A at Kensington Palace in London, though the royal parents also spend lots of time at their second home, Anmer Hall, in Norfolk. The name may suggest a bijou home, but their massive four-storey property with 20 rooms is far from your usual city ‘apartment’.

Their London abode has enough space for five reception rooms, three main bedrooms for Prince George, Princess Charlotte and Prince Louis, as well as dressing rooms, a night and day nursery, and staff quarters. It was previously home to Princess Margaret, and the interiors are truly spectacular – even a glimpse of the front door is enough to assume the royals have decked out their home with the finest interiors.