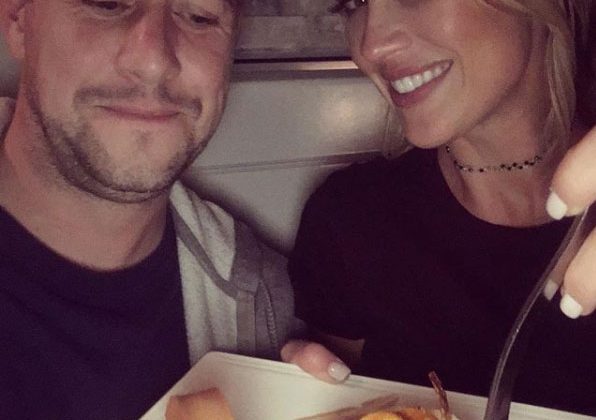 Christina El Moussa doesn’t mind her new husband getting older. In fact, she seems to love it!

Ant Anstead, who tied the knot with the HGTV star in December, participated in the viral “#10yearchallenge” on social media challenge, in which people post a current photo of themselves alongside one from ten years ago. However, Anstead, who hosts Discovery’s Wheeler Dealers, took it even further back, revealing a photo from 20 years ago of himself in uniform when he was a police officer.

“My #10yearchallenge is a actually #20yearchallenge,” Anstead captioned the image. “This was 1999 the year I joined the police!! And now….. Where have those two decades gone!”

Of course, his new wife had to weigh in with a little flirty note in the comments section.

RELATED: How Christina El Moussa and Ant Anstead ‘Saved Each Other’ After Their Respective Divorces

The Flip or Flop star, who is officially changing her last name to Anstead, shared her thoughts on her husband’s change in appearance, writing that he aged “Like a VERY fine wine.” She added three fire emojis and hashtag “#mine” with three hearts.

The pair recently returned from their honeymoon in Bora Bora following a secret “winter wonderland” wedding at their home in Newport Beach, Calif on Dec. 22.

They began dating just over a year before saying “I do” in the fall of 2017. El Moussa split publicly from her former husband and current HGTV costar, Tarek, in December 2016. The couple share daughter Taylor, 8 and son Brayden, 3.

El Moussa told PEOPLE of the celebration in December: “It was just perfect for us. Everything we wanted.”