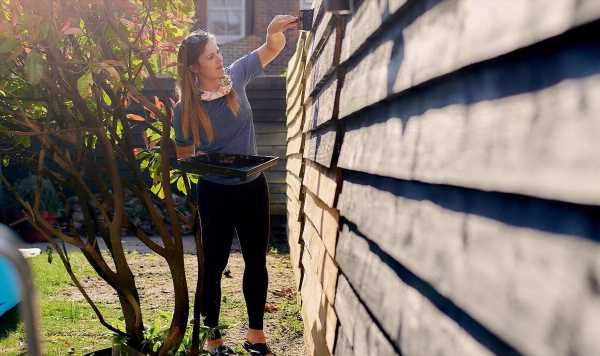 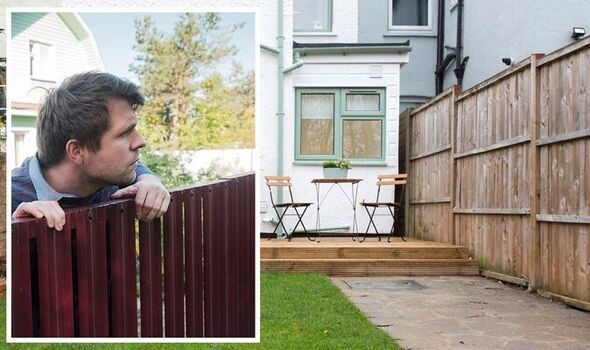 The incident occurred after a homeowner was reported by his neighbour for erecting a new fence in his garden. Sharing the anecdote on Reddit, a user going by the name degeman revealed how he had been “unfairly” treated by the local council, who had given him a short time to remove the new fence. He shared his confusion and anger over the hypocrisy of his neighbour who had reported him – despite having “something similar” in his own garden.

The Reddit user, who lives in Pembrokeshire, Wales, explained that his neighbour reported the new decking and fence to the council despite being the reason for them having to install it in the first place.

In the post, degeman wrote: “I live in a terraced housing estate, there are around 10 houses attached with a back garden with a small stream behind it.

“Every house has decking and a fence which is raised above the stream. Earlier this year we had to repair ours because our neighbour damaged it beyond repair when cutting some trees down.”

He explained that while his neighbours were happy for him to replace the fence out of his own pocket, they soon disputed the style after it had been put up.

The homeowner said: “He not long before redid his as well and instead of using wood he decided to use concrete slabs and make a raised patio.

“He didn’t like the height of our fence because we are on slightly higher ground than his house making our fence about 30cm higher than his.”

According to the Reddit user, the decking itself was the same size as their neighbour’s, but he had increased the fence height to six feet rather than the three-foot railing which was there before. He added that the reason for doing this was to “get more privacy” and security for their dogs since the neighbours can see right in.

Degeman wrote: “They’ve been kicking off about it ever since and after about six months decided to report it to the council.”

The man wrote how he “didn’t think much of it” until an inspector paid him a visit.

In the Reddit post, degeman revealed that he was told he did in fact need planning permission for the fence.

He wrote: “This was a little unexpected, but apparently it’s due to the fact it is raised above the small stream.

“Again every house has done this otherwise it would get flooded in high rainfall.”

The council gave the Welsh homeowner just 28 days to file for planning permission, or else he would have to remove the fence altogether.

He explained that he didn’t understand how the decision was “fair” when the neighbour who reported him had something “almost identical” in terms of height and style.

The Reddit user asked the forum: “If ours doesn’t pass then surely nor should theirs and the rest of the houses in the estate?

“Is there anything I can bring up with the council, as I feel like we’re being singled out?”

One user who goes by the name ljh47 replied to the post with some advice. They wrote: “Apply for planning permission and report all your neighbours for the same issue if you feel singled out.”

However, the author of the original post revealed that he didn’t think this would work as the inspector saw the other gardens when they visited their home, adding to the “surprise” ruling that he would need planning permission.

According to an expert at Jackson’s Fencing, planning advice is very much a local issue that can vary area by area and even road by road, though in most cases, you need planning permission if your fence height – including trellis – exceeds two metres (6.56ft) above ground level.

They added: “You need to consult your local planning department with details of the proposed project unless you can confirm that the project falls with local policy for Permitted Development.”