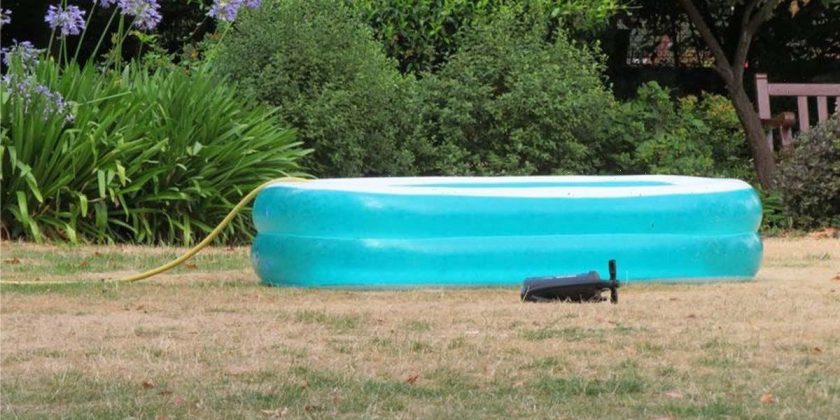 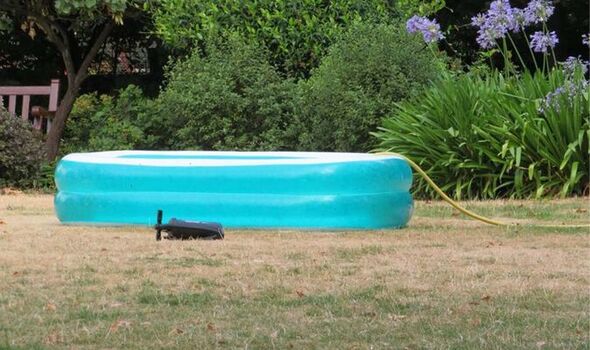 Onlookers were surprised by the sight of a paddling pool filled with water in St George’s Square, Pimlico, London, on Tuesday. Temperatures have climbed again across the UK – leaving many desperate for ways to cool down and some with depleted water supplies. In response, Westminster City Council has reminded Londoners that taps in parks are only in place for shrubs and plants and not for residents to create their own “water features”.

The council issued a warning on Twitter, saying: “The water is for the shrubs and plants only. We would not advocate filling up pools or any other receptacle in our green spaces, especially in a heatwave.”

The council were first made aware of the extra use of water when a resident spotted the swimming pool being filled up on the park’s lawn. One Twitter user wrote: “What is Westminster City Council policy on unattended swimming pools in public green spaces using water from council water taps? Is this a safety risk in St George’s Square? Trees & wildlife are now under threat due to water shortages.”

Temperatures in the capital have remained high since record-breaking 40C temperatures were reached on July 19, MyLondon reports. The mercury is set to remain above 30 degrees for the rest of the week.

London has now been placed under an amber weather warning for extreme heat this week from Thursday, August 11 to Sunday, August 14. Westminster City Council is warning people to avoid the sun and check in on neighbours and vulnerable friends and relatives.

Due to the dry weather, 15 million more people could be hit with a hosepipe ban in London and the surrounding areas. Thames Water has announced measures will be introduced “in the coming weeks”.

Large parts of the South of England are also facing hosepipe bans. A ban is already in place in Hampshire and the Isle of Wight and residents in Sussex and Kent will also be placed under the ban from Friday, August 12.