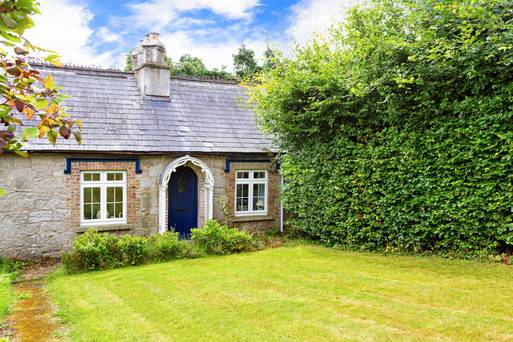 Google has entered the fray on the housing crisis, with this newspaper revealing recently that the multi-national tech giant is prepared to subsidise housing here to ease the capital’s accommodation pain.

The move mirrors a similar initiative in San Francisco, where Google pledged a $1bn donation for community housing in the city which, like Dublin, has also been plagued by a housing shortage and homelessness crisis.

If it is looking for examples to follow, the tech giant could do worse than revisit the closing decades of the 19th century when Guinness was the country’s largest company. Edward Cecil Guinness was the richest man in Ireland and a pioneer of noblesse oblige. In 1890, at a time when 33pc of Dublin families lived in just one room, Guinness set up the Iveagh Trust and donated large sums of money to clear the city’s slums and build houses and flats for the working classes. He also donated money to build hospitals, including what is now the Coombe Maternity Hospital.

But Guinness was not the only philanthropist of his day. The Pim Quaker family, which ran cotton mills and built the railway from Dublin to Kingstown (Dun Laoghaire), constructed houses for workers in Harold’s Cross, as did the Herbert family for workers on its Pembroke estate in Donnybrook. Even before that, Mervyn Edward Wingfield, the 7th Viscount Powerscourt, built dwellings for workers on his estate in Enniskerry, Co Wicklow. During the War of Independence, when a torch-wielding crowd descended on Powerscourt House, the interlopers were chased away by locals employed by the estate. Some of them lived in Coogan’s Cottages, among the later dwellings Wingfield had built, having learned his lesson from the two-storey houses he’d lavished on his workers previously when they burned the stairs for firewood.

Now No2 Coogan’s Cottages is on the market at €440,000 through Sherry FitzGerald Bray (01 286 6630). Set in mature gardens close to Powerscourt Golf Course, the cut-stone semi-detached cottage has serious old-worlde chocolate-box charm.

Inside it’s got high ceilings, a good-sized living room, a modern kitchen with storage room to the side, a double bedroom and bathroom.

There’s a study that could be used as a second bedroom. A conservatory overlooks the back garden with fruit trees and hedging on a 10th of an acre. A gate leads to a private parking area for three cars.

In Donnybrook, Dublin 4, Herbert Park was donated to the city by Sidney Herbert, the 14th Earl of Pembroke. In the late 19th century, Lord Herbert paid for the development of Pembroke Cottages on the edge of the park for workers in the area. The labourers’ cottages were eventually bought by the tenant occupants and gradually went into private ownership. Number 95 is now on the market at €475,000 through Eoin O’Neill (01 660 0333).

Like almost all buyers of small period cottages, residents here have had to come up with innovative ways to make the most of every inch of space. Previous owners of No95 Pembroke Cottages dug down to create a sense of height, resulting in a split-level layout. The current owners knocked two small bedrooms together to make one good-sized double and converted the attic, currently used as a study.

Freestanding units ate into valuable space, so the owners had bespoke fittings made, including a built-in desk and shelving in the attic, the staircase and bookcases with bevelled glass finish.

Modern flourishes include underfloor heating in the shower room, a Le Droff fireplace with gas-fire inset, raised kitchen/diner with custom-built units and feature ‘Lantern’ roof light, and an upgraded condenser boiler for heating and hot water.

Popular eateries on the doorstep include Marco Pierre White’s Courtyard Bar and Grill in Donnybrook and Roly’s in Ballsbridge.

Up by the Grand Canal, the industrial estate in Harold’s Cross is where an extensive cotton factory called Green Mount Mills once stood, run by the Pim Quaker family, one of the biggest employers in the locality.

The owners have preserved lots of period features, including an exposed stone wall in the sitting room and original fireplaces throughout. As well as two bedrooms and a bathroom, there’s a new kitchen and a walled patio at the back.

It’s five minutes’ walk to Leonard’s Corner, 15 minutes to Rathmines and 20 minutes to the city centre.