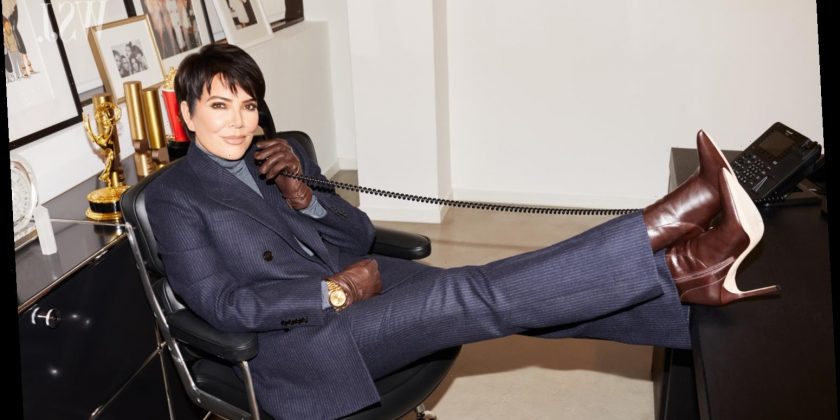 Kris Jenner has built quite the real estate portfolio over the years, but she's still most attached to one early family home.

"I still wish I could go back to my Beverly Hills house," the Keeping Up with the Kardashians star, 65, told WSJ. Magazine in a new digital cover story. "That'll be my heart for the rest of my life…. When you're my age—you look back on your life and you think, Where was my heart?"

She shared the home, which she refers to as Tower Lane, with her first husband and the father of her four oldest kids, the late Robert Kardashian, who died at 59 in 2003, months after he was diagnosed with esophageal cancer. She went on to list all the houses she's lived in during her adult life, "OK…so…Tower Lane…let's see…one…two…three…four…five…. Five is my first house in Hidden Hills in '96."

"Five. Then it's six…seven…. Eight is the Jed Smith [Road] house, where we first started filming," Jenner continued, noting that number 11 is the house she's building. "Nine is Eldorado Meadow with the black-and-white floors where my son now lives. Ten was the last house. And I have the house in the desert: an even dozen!" Jenner is currently building her next home. She noted, "I'm building a house, and I was at the job site early this morning and I was freezing."

She sold a Hidden Hills home across the street from daughter Kim Kardashian, 40, last year for $15 million. She had purchased that house in 2017 for $9.9 million and featured it in a 2019 Architectural Digest cover story. Her new place is next door to daughter Khloé Kardashian, 36. "All of my material possessions have been in storage for a year," the mother of six said. "And I have realized, in a very interesting and surprising way, that I don't miss anything…. I'm feeling proud of myself because I'm growing. Trying to breathe. These things we have surrounded ourselves with in life are not as important as I once thought they were."

Her mother Mary Jo "MJ" Campbell, 86, begged to differ, admitting about Jenner, "She's very sentimental. Very sentimental. I mean, she saves everything. Of course, she calls me the hoarder, but…she has storage full of old pictures, and she won't throw anything away…. I mean, gowns—an old piece of rag that I used to wear, or Lou used to wear."

The "momager" revealed that her Palm Springs home is her favorite place to work, and it's also become the family's go-to getaway.

"It's very calming here. It's not really about the house, it's about the surroundings, the beauty and how it feels," she mused. "It's hard to explain. It's about a feeling… and I get a lot of work done when I'm there. And, of course, the minute I say I'm going to go, all the kids start telling me they're coming to join." Jenner has made many memories in her many homes over the years, sharing them with the world on her family's hit reality series, which recently kicked off its 20th and final season.

"It was some of the best quality family time," she said of filming the farewell season at a rented beach house in Malibu. "We are always going in so many different directions, and we all have 20 jobs. But this really gave us a chance to settle and appreciate the time we were spending together, knowing it was our last season. And it was such a beautiful house and atmosphere."

The family recently inked a new deal with Hulu.