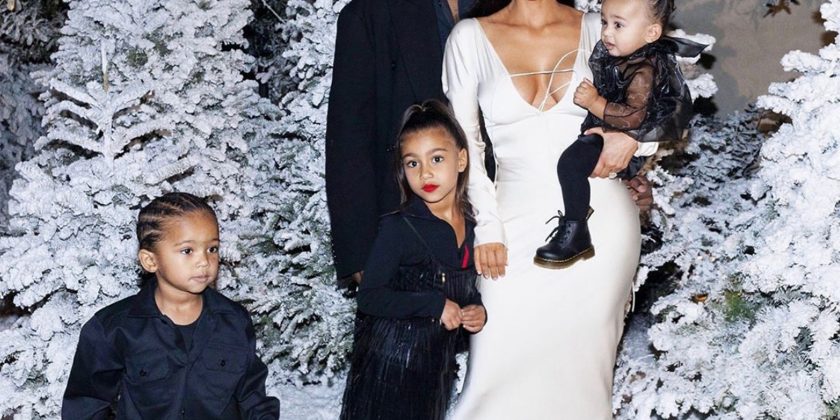 If you want to make it snow in Southern California, you better be prepared to make it rain.

How much did it cost to transform Kim Kardashian and Kanye West‘s $60 million compound into a star-studded winter wonderland for one night? According to an expert’s estimation, about $1.3 million.

PEOPLE spoke to Ashley Greer, a florist and owner of the D.C.-based Atelier Ashley Flowers, who worked on the Obama White House Christmas trees, to help tally the cost of everything from acres of (very real) snow to a tunnel of 10,000 lights designed for selfies — and a forest of fine-art tree sculptures that look straight out of Whoville.

And its new hosts were dedicated to making it a night to remember at any cost.

In addition to Kris, Kim and Kanye, also in attendance at the festivities were sisters Kourtney Kardashian, Khloé Kardashian, Kendall Jenner and Kylie Jenner as well as a slew of other A-list guests, including Jennifer Lopez, Alex Rodriguez, Sia, Paris Hilton, Dave Chapelle, Kimora Lee Simmons, Tyler the Creator and John Legend, who performed songs off his Christmas album, A Legendary Christmas.

The Kardashian-Wests hired Mindy Weiss to conjure their holiday magic, explains Greer. Weiss has orchestrated the weddings of Ciara and Russell Wilson and Heidi Klum and Seal, as well as Jessica Simpson‘s baby shower.

And thanks to the celebrity event designer tagging all her vendors on social media, we know that Kim and Kanye’s weather-defying snow-covered yard, which Kim described as “literally Calabasas turned into Colorado,” was created by a company Greer says is “devoted solely to the production of fake snow.” Snow Business USA offers over 200 types of snow that range from flakes that will melt in a few hours to some that last for months.

“It’s unclear how much of Kim and Kanye’s three-acre property was coated in the snow,” Greer says. “But based on their online pricing of bags of snow, I would estimate that if they covered just one acre including installation and removal — yes, someone does have to pick that up — you are looking at a price tag of $350,000.”

It was their backyard that became the centerpiece of the over-the-top celebration. In addition to the fresh powder, the land boasted a hill that guests like Paris Hilton went sledding down.

The temporary change in landscape was created by The Trask House, according to Weiss’ Instagram post. According to Greer, they likely used 200 tons of real ice, chopped into snow to make the hill. Greer estimates the cost at around $15,000.

The compound also held a faux mountain-shaped tent hiding a party — and a caroling John Legend! — inside.

Tents with dance floors like these come in at around $50,000 each, says Greer, and the Kardashian-Wests had several. And that doesn’t include furniture rentals and props: about another $30,000. “Lighting specialists to hang special cloud fixtures, light the interior of the tents and the sledding hill costs another $80,000,” she adds.

As for the entertainment, Legend and his wife Chrissy Teigen are friends of the family, so he may have performed for free or offered his services at a discount. But typically, having the EGOT winner perform his holiday favorites would cost nearly half the price of the entire event: “Naturally it depends on how long he sings for, but let the party begin at $500,000,” says Greer.

“My favorite feature was the tunnel of 10,000 lights with mirrored floors,” adds Greer, who notes the display is reminiscent of the work of modern artist Yayoi Kusama.

Another standout installation may have looked cartoon-y, but was actually fine art. “It’s like a winter wonderland Whoville,” Kim said in an Instagram Story video, showing off an inside hallway lined with puffy white trees.

“Because of his meticulous attention to detail and uncompromising aesthetic vision, I am almost positive we have Kanye to thank for the incorporation of Australian contemporary artist, Kathy Temin‘s fine art sculptures,” says Greer. “As Kathy’s art is already in all the famous contemporary galleries of Australia, I’m guessing each tree came with a price tag of at least $10,000.”

The artist shared an image on Instagram of twenty trees titled, “My Monument: White Forest,” and Greer notes, “it is these trees that the Kim and Kanye are posing in front of. So all together the forest would be around $200,000.”

Lastly, the couple had to provide Christmas dinner and drinks for their guests — not to mention they invited a sugar artist to make custom lollipops for the kids onsite.

“While I have yet to see any photos of the food posted, we do know it was catered by The Kitchen for Exploring Food,” says Greer. “At a nice but not over-the=top event, you can expect to spend around $125 a person on food and beverage. At a Kardashian-West-Weiss event, it’s going to be closer to $400 a person.”

Kim and Kanye purchased their Hidden Hills home for a reported $20 million in 2014 and worked with Belgian architect Axel Vervoordt to completely renovate and redesign it, eventually moving in in December 2017.

The interior, which Kanye controversially shared several images of on Twitter, has a restrained all-white palette and almost church-like architecture. Outside, the 3-acre plot boasts two swimming pools, two spas and a private vineyard. Kris tweeted in April 2018 that the house is now worth $60 million.