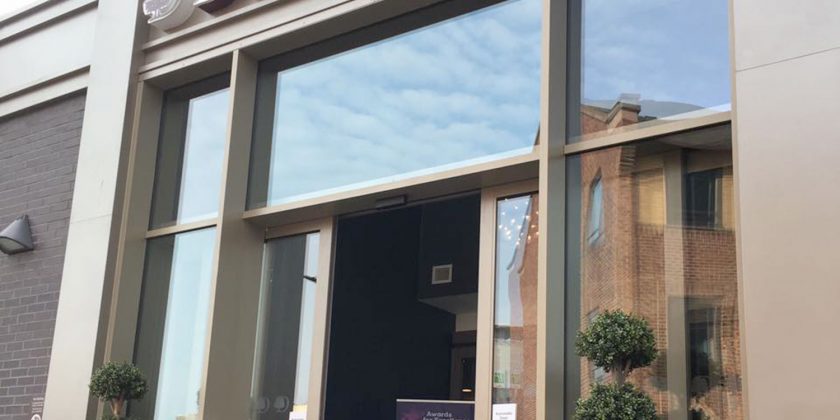 A hotel has stepped in to give a group of homeless people a merry Christmas after another hotel cancelled the group’s reservation.

According to Business Insider, the Britannia Royal, a hotel in the U.K., canceled a booking for a block of rooms over Christmas, made by Carl Simpson who founded the Raise the Roof Hull Homeless Project, a community organization dedicated to helping the local town’s homeless population.

In the wake of the controversy that ensued after the group’s reservation was canceled, the DoubleTree by Hilton in the same city has stepped in to host 28 homeless people in 14 twin rooms on Dec. 24 and Dec. 25 — and the stay is free of charge.

The 28 guests will be treated to two breakfasts as well as Christmas dinner in the hotel ballroom.

“We’re pleased to be able to bring our signature hospitality to the Raise the Roof Homeless Project by accommodating the guests at DoubleTree by Hilton Hull,” a spokesperson for Hilton tells PEOPLE. “Making a positive contribution to our community is fundamental to our business, and we hope to make our guests’ stay truly memorable this Christmas.”

The Britannia Royal did not immediately respond to PEOPLE’s request for comment.

On Saturday, Carl Simpson, the founder of Raise the Roof wrote on Facebook that the Royal had called off and refunded the 14 rooms the group had booked (for which he had already paid £1,092) without giving an explanation. “Absolutely gutted and very angry,” the page said, alleging that “this is nothing more than discrimination” against the homeless.

A Britannia spokeswoman reportedly told Sky News that a woman who said she was involved in the organization alleged that the group had previously trashed rooms, and committed “theft of hotel goods and property and damage to property” at a different hotel, the Ibis.

But Simpson told the outlet that this was untrue, and that the 24 people he had paid for to stay at the hotel over the holidays last year were “so grateful.”

“Some left staff gifts using the very little money they had, and one asked if he could vacuum the rooms to show his appreciation,” Simpson said. “This means the world to homeless people.”

RELATED: All About the Life-Changing N.C. Book Club for the Homeless: ‘It Gives Me a Sense of Belonging’

On Monday, Raise the Roof wrote on Facebook that the Royal “offered to reinstate our booking with conditions which we will be declining” and that “we will be accepting this kind offer” from Hilton.

In response to other businesses offering support, Raise the Roof wrote, “Who says miracles don’t happen.”