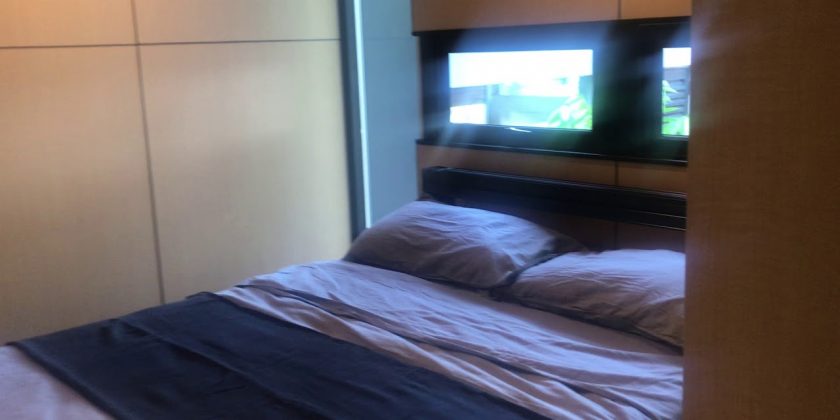 SINGAPORE – Ms Vishmi De Silva and her husband run a short-term holiday rental business in Western Australia and are planning to add at least two homes – each with two bedrooms and two bathrooms – next year.

This time, the couple, who are Australians based in Singapore, do not have to grapple with lengthy construction time. In fact, each of the 100 sq m homes can be ready in less than two weeks, once permits are approved and preliminary works such as underground plumbing are done.

They will be buying Movit homes, which are prefabricated housing units made by home-grown company Pod Structures.

The made-in-Singapore Movit homes, which were launched in November, can be assembled in a matter of days or even hours.

With skilled labour, the basic structure of a 32 sq m unit – which is about half the size of a three-room Housing Board flat and costs $90,000 – can be put together in a few hours.

Sizes of the units can be customised.

Thanks to the Tubelar Modular System, a patented system developed by Pod Structures’ chief executive officer Samuel Vedanaigam, one requires little more than an allen key to set up a Movit home.

“With the Tubelar, everything locks together easily. You just need an allen key to screw in the bolts,” says the 59-year-old, who previously worked in the shipbuilding industry. “And everything can be flat-packed, so there is no need for heavy machinery for assembly.”

He also founded The Shelter Company in 2001, which uses the same patented system to create temporary, semi-permanent and permanent structures for commercial purposes. It has done work for the Singapore Yacht Show and Changi General Hospital.

The idea to expand the technology for residential purposes came when he met architect Lee Kay Lian, 44, now the chief operating officer of Pod Structures.

Mr Lee had approached Mr Vedanaigam in 2013 to provide Tubelar structures to build disaster relief clinics in the aftermath of an earthquake in Bohol, the Philippines.

The two then decided to use the Tubelar system for residential properties and set up Pod Structures with another partner in 2015. Now, they are also exploring the possibility of applying the technology to making easy-to-assemble and durable furniture.

Mr Vedanaigam says: “People nowadays value flexibility and speed. In a traditional home, if you want to add a room or change the layout, it would take ages. But with Movit, you can do it easily in a couple of days.”

Buyers can also customise additional furnishings for a basic Movit unit, which comes with a shower, toilet, lights, air-conditioning and a basic kitchen. The home has smart home technology such as remote-controlled lights, door access and safety alarms.

Pod Structures will be launching the units in New Zealand and Australia and plans to take them to Japan as well.

Ms De Silva, 37, an operations director in a trade facilitation firm, says she was drawn to how quickly the Movit home could be assembled.

“Time is of the essence when running a business and, with Movit, the homes can be built faster and our business can be making money in a shorter amount of time.”