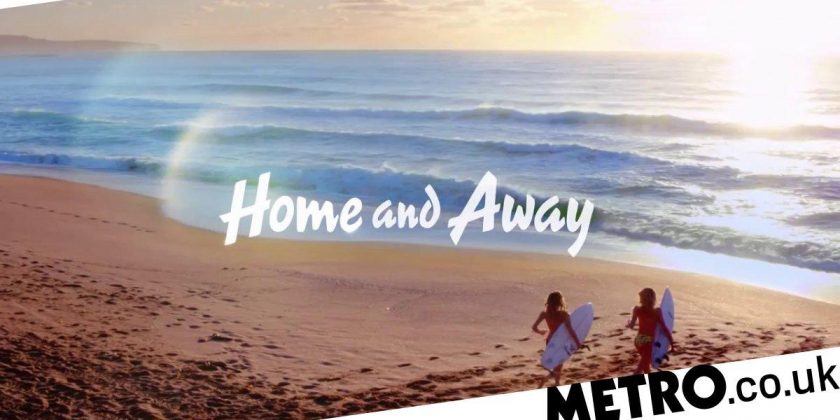 It’s safe to say that Willow (Sarah Roberts) has been unlucky in love for a while now. After her long history with Dean (Patrick O’Connor), which led them to be in an on-off relationship, the pair finally called it quits. Even though she tried to get him back, even stripping naked and hiding in his van on one occasion, he wasn’t interested – and ended up starting a relationship with Ziggy (Sophie Dillman) instead. As if that wasn’t enough, her ex boyfriend Justin (James Stewart), who helped her through a lot of struggles in the past, has now started dating Leah (Ada Nicodemou), leaving her single and focusing on her job as a personal trainer at Summer Bay Fit.

However, it looks like Willow’s luck is about to turn, as Tori’s (Penny McNamee) search for a replacement emergency doctor while she goes on early maternity leave results in newcomer Alex Neilson – played by Zoë Ventoura – arriving in the Bay. Speaking to New Idea, Zoë describes her character Alex as “a complex woman with a lot of layers”, adding that she’s very excited to explore them all.

There’s set to be some interesting developments for Alex, too, as Zoe says “Coming to this beautiful and quiet coastal town seems like exactly what Alex is looking for, but little does she know that it’s not exactly the sleepy little place she thinks it’s going to be”.

It looks like Alex and Willow are set to get up close and personal, as photos reveal the pair getting intimate against a wall on the beach. Dressed in a mauve velvet minidress instead of her usual sports wear for working at the gym, the pair could perhaps be on a date as they hold each other in an intense scene before linking arms and walking away.

Speaking on The Morning Show at the end of May, Willow actress Sarah Roberts revealed that her storyline is about to get more positive, saying “Happy days are coming. There is something really exciting coming up for her!”

This will be one of the first LGBT romances to air on Home and Away since the show first began airing just over 30 years ago. In 2018, temporary Summer Bay resident Ty Anderson – played by Darius Williams – underwent a journey of self discovery before coming out as gay while living with John and Marilyn before going to live with his mother. However, the only other same-sex relationship seen in the past was between Charlie Buckton and Joey Collins (played by Esther Anderson and Kate Bell respectively) back in 2009 – and that was met with outrage by conservative and family groups.

After clashes between critics of the relationship and gay rights activists, Cameron Welsh – who was a series producer at the time – spoke out in defence of the lesbian storyline, telling TV soap magazine: “The idea of this show has always been that we hold a mirror to society – and when society changes, we change with it. What’s ahead in Home and Away is right not only for the series, but also for the times we are living in.”

However, talk that Channel 7 was going to censor a kiss between the couple led to lesbian groups staging a protest. The channel ultimately filmed two kisses and decided to air the gentler version, with Bevan Lee – who worked on the original crew of Home and Away – saying that ‘‘a beautiful six-week story has been reduced to a facile argument about six missing seconds of screentime”.

Will the new lesbian romance be subject to the same controversy? Only time will tell. As Ventoura joined the cast back in April, and the soap films 5-6 months in advance, it’s estimated that UK fans will see these scenes in the autumn.