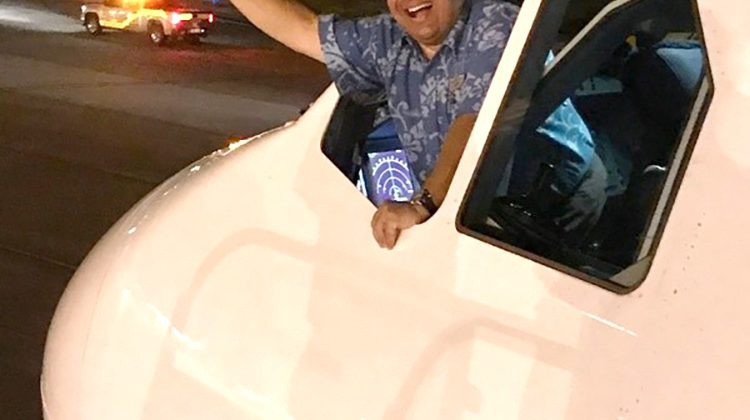 Longtime Hawaiian Airlines flight attendant Emile Griffith died on Thursday while working on a flight from Honolulu to New York City, the carrier announced on Friday.

“We are deeply saddened by the loss,” said Ann Botticelli, senior vice president of corporate communications, of the airline’s 31-year veteran in a statement provided to PEOPLE. “Emile both loved and treasured his job at Hawaiian and always shared that with our guests. Our hearts are with Emile’s family, friends and all those fortunate to have known him.”

Griffin was aboard flight HA50, working alongside 11 crew members to help serve 253 passengers, the airline said.

According to KPIX, Griffin suffered a medical emergency, which prompted the pilot to ask over the loudspeaker if there were any doctors on the flight. Several passengers assisted the crew to perform CPR on Griffith, the outlet reported.

Upon arrival in San Francisco, agents and crew worked with medical personnel as well, the airline explained.

“All passengers were re-accommodated on the first available flights and will be provided compensation,” the carrier said. “We sincerely appreciate our guests’ patience and understanding.”

Hawaiian Airlines also said that they had made counseling available for Griffin’s colleagues.

“We are forever grateful for Emile’s colleagues and good Samaritans on board who stayed by his side and provided extensive medical help,” Hawaiian Airlines said. “Our hearts go out to Emile’s family and friends today.”

Since Griffith’s death, one of his colleagues put together a tribute to him in the Hawaiian Airlines in-flight crew lounge at Daniel K. Inouye International Airport.

His coworkers have since been sharing photos of Griffith and writing messages to him.