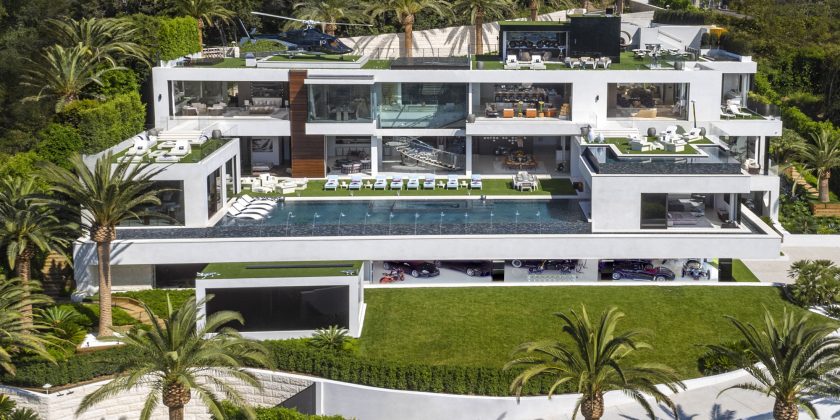 The beyond-luxurious Bel-Air estate that once held the title of most expensive home for sale in America has slashed it’s price yet again.

First listed in January 2017 for $250 million, the famous “Billionaire” mansion has lowered it’s price by an additional $38 million, bringing the total price cut to $100 million.

Perhaps the most starling fact about this mega-mansion is that it was built on spec, meaning it was designed specifically to be sold, rather than for a client.

RELATED: Zillow Put a Price Tag on the White House and It’s Not Cheap

Developer Bruce Makowsky — who previously sold a record-breaking spec home in Beverly Hills for $70 million in early 2015 — spent a significant amount of time on multi-million-dollar mega-yachts as research for his projects and decided to channel the luxury he experienced on the high seas into his homes for the uber-wealthy.

“This home was curated for the ultimate billionaire who wants the best of everything that exists in life,” Makowsky states in a press release. “Until now, the ultra-luxury market was void of homes that even came close to matching the level of mega-yachts and private jets that billionaires spend millions of dollars on every year. There are hundreds of new billionaires created each year and they are increasingly setting their sights on this coveted enclave of California for everything the state has to offer.”

RELATED: Gwen Stefani Is Selling the Beverly Hills Mansion She Bought with Gavin Rossdale for $35 Million

Whoever picks up the property can throw one heck of a housewarming party: the home features an 85-foot glass-tile infinity pool with a swim-up bar, an outdoor hydraulic pop-up theater, two fully-stocked champagne/wine cellars, a massive self-serve candy wall and, according to the listing agency, the most advanced home tech system in the country. If maintaining the many features sounds like a full-time job, fear not. A 7-person staff is always on hand to oversee the estate.

The sale of the home also includes a sprawling auto gallery — 12 cars and 10 motorcycles — with vehicles valued at more than $30 million and an Airwolf helicopter. Though those looking to make an airborne entrance to their new pad, should note the latter is currently without an engine or a helipad.