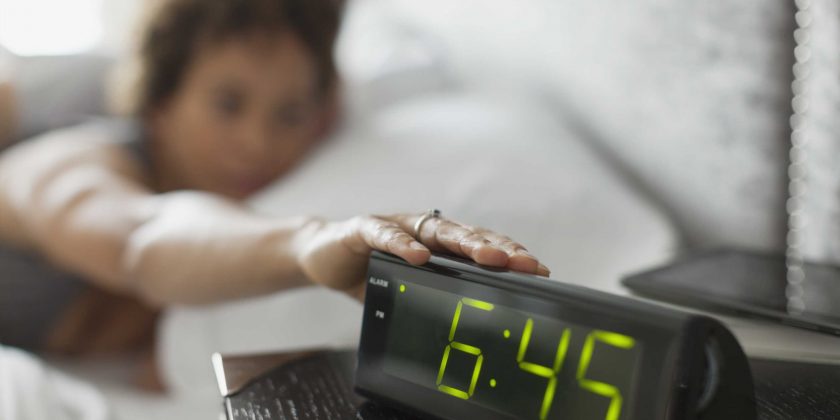 Daylight saving time begins this Sunday, March 10, at 2:00 a.m. And yes, this is the one where you lose an hour of sleep. But don’t fret! That means you gain one more precious hour of sunlight at the end of the day to beat those end-of-winter blues.

Don’t forget to set any clocks that aren’t on a smart device ahead one hour before heading to bed Saturday night. And get ready to have your microwave display the wrong time for the next 8 months because you don’t want to break out the instruction manual.

RELATED: We Tried It: An Alarm Clock Light That’s Supposed to Make it Easier to Wake Up

Daylight saving time may not be the most thrilling day on your calendar, but the practice has an interesting and controversial history.

It was first enacted by the federal government as a way to save coal during World War I in the spring of 1918, and was only meant to exist during wartime. The practice was technically ended later that same year, but many regions continued to follow it, until eventually the government put the measure back in place in 1966.

The next major change came in 2007, when the Department of Transportation (DOT), which is surprisingly in charge of the practice, expanded daylight saving time to encompass about 65% of the year.

The DOT was assigned the responsibility because the switch affects so many modes of transportation. The agency continues to observe the twice-yearly time swap because it reportedly saves energy, cuts down on traffic accidents and reduces crime.

States have the final say on if they participate, though. Hawaii and most of Arizona do not — the latter because it receives so much sunlight already. The islands of American Samoa, Guam, Puerto Rico and the Virgin Islands abstain as well.

According USA Today, 26 states are considering making daylight saving time permanent, starting with Florida, but this change would require approval by Congress.

Research varies as to whether or not the practice actually satisfies its reasonings — air conditioning units have shown to cost more energy in some areas — but at the very least, the extra hour encourages more time outside. And whether you spend that working out or sipping cocktails on the patio, a little more sunshine is never a bad thing.

RELATED: Chip Gaines Is Every Kid Who Had to ‘Be in by Dark’ as He Weighs in on Daylight Saving Time Drama

Even Chip Gaines weighed in on the clock drama during spring forward last year.

“I didn’t know #DaylightSavingTime was so controversial…I love it. All the things I love to do, or have to do, but now with an extra hour of sunlight,” the HGTV star tweeted.

So until your state can come to a conclusion about whether to abolish spring forward and fall back, don’t forget to set your clock.